Need for a counter-terror authority

Need for a counter-terror authority

Is it not appall­ing that despit­e being a terror-struck nation and a frontl­ine state in the war agains­t terror Pakist­an...
By Ammar Zafarullah
Published: June 29, 2010
Tweet Email 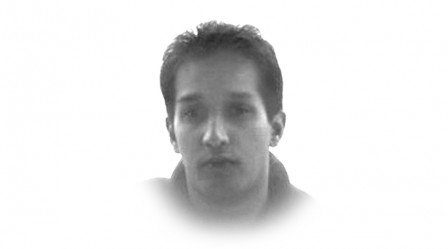 The writer works in the development sector (ammar.zafarullah@tribune.com.pk)

Is it not appalling that despite being a terror-struck nation and a frontline state in the war against terror Pakistan still lacks a comprehensive counter-terrorism strategy? Whilst most internal conflicts are rooted in ethnic or socio-economic deprivations, this is not the case with the Taliban insurgency. The bone of contention is strictly political in nature and this is often overlooked by many. A contextual understanding of the conflict is essential in order to formulate a precise counter-terrorism strategy to respond to these challenges.

The Tehreek-i-Taliban Pakistan is poles apart in its structure and ideology as compared to other sectarian and extremist groups in Pakistan. One of the key factors behind its success is the homogeneity it offers. The aims are simple: create chaos and establish a parallel regime wherever possible. Possible recruits vary from students of religious seminaries to criminals and drug cartels. Sympathisers are embraced with open arms and loyalists are awarded generously.

We need to chalk down an elaborate programme to fight religious fundamentalism. Contrary to popular belief, our counter-terrorism strategy does not solely rely on overt military actions. Rather, it uses the intelligence apparatus to take advantage of differences between militant leaders and prevent them from uniting toward a common purpose. The state’s policy is vague when it comes to fighting terrorism: we pledge to fight the Taliban. However, one view is that as long as the militants adhere to a code approved for them by the establishment and refrain from toppling the regime within Pakistan, they are free to operate against targets outside Pakistani borders. This is why militant factions such as the Haqqani network or the Hafiz Gul Bahadur faction in North Waziristan remain untouched due to the delusional “strategic depth”. We cherish our eroded sovereignty but we fail to curtail cross-border terrorism. Sovereignty comes with the burden of state responsibility.

The first step in this realm would be to recognise the legitimacy and severity of this conflict. The next step is taking ownership of this war — our academia and intellectual circles should emphasise that this is a war for our survival. The perception that Pakistan is fighting a “foreign war” needs to be strongly negated. This war is not against American forces deployed in Afghanistan, it is a war against aims to radicalise our society and establish an extremist model of governance which is inspired by the former Taliban regime in Afghanistan.

The government has shown firm commitment to fight this war — a commendable step was taken last year in December when the president promulgated the National Counterterrorism Authority (Nacta). The body was mandated to devise a counter-terrorism strategy that should address short, medium and long-term goals and devise action plans for their implementation. In addition to this, the European Union had pledged 15 million Euros for empowering Nacta. However, these plans could not materialise and Nacta remains shelved in the bureaucratic cesspool. Institutional rivalry between intelligence agencies is common as they compete for excellence, wary of the fact that better inter-agency cooperation can produce early warnings about anticipated terror attacks. It is high time that the envisioned National Counter Terrorism Authority becomes functional with tangible authority to implement its policies. The recent sacking of General McChrystal demonstrates the importance of a proper chain of command, and as the saying goes: “War is too serious a business to be left to generals alone.”