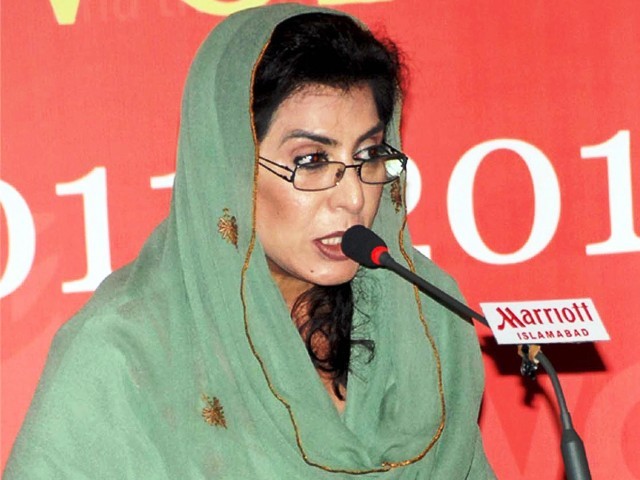 Fehmida Mirza to continue as speaker of the NA. PHOTO: PPI/FILE

ISLAMABAD: The government has ruled out the need for a judicial commission to probe the allegations levelled on Sunday by former Sindh senior minister Zulfiqar Mirza, said Information Minister Firdous Ashiq Awan at a press conference in Islamabad on Tuesday.

“There is no justification for a judicial commission to probe such allegations. If anyone has documentary evidence should go to the Supreme Court,” said Awan, referring to hearings being conducted by the apex court bench in Karachi about the violence that has plagued the country’s financial capital over the last three months.

Awan acknowledged that the confidence expressed by the Muttahida Qaumi Movement – one of the primary targets of Mirza’s diatribe – in the leadership of the ruling Pakistan Peoples Party. “The PPP will not allow anyone to propagate his personal agenda through the party’s platform,” she said.

Awan said Zulifqar Mirza’s wife, Fehmida Mirza, would continue to serve as speaker of the National Assembly. On Sunday, Zulfiqar Mirza had implied that his wife might resign her position as well.

Coping with gender-bias: Lawyers call for more women in the judiciary