An abductor had dropped a mobile phone while kidnapping Shahbaz. Lahore police said on Monday that it had traced three mobile numbers that it believed were used by Shahbaz Taseer’s kidnappers minutes before the abduction.


Investigators said that a China-made mobile phone was dropped by an abductor, which was picked up by a scavenger who deleted the data on the SIM cards.

Shahbaz Taseer, son of slain Punjab governor Salmaan Taseer, was abducted last Friday in Lahore’s Gulberg area while he was on his way to work.

The scavenger was traced through the SIM cards’ International Mobile Equipment Identity (IMEI) number. He was then picked up by Lahore police’s Crime Investigation Agency (CIA) and was transferred to an undisclosed location.

Initially, the police suspected that the scavenger was involved in the abduction but later, it became apparent that the person had no connection with the alleged kidnappers.

Investigators said that this was a major breakthrough in the case and raids were being conducted to arrest the owners of the SIM cards.

The Specialist | 9 years ago | Reply

If you guys remember the recovery news of Warren. CCOP Lahore announced an hour before the raid that we have recovered him from Khushab. This aided the culprits to vacate that location as they must be following the media. All this makes you wonder!! Who knows what is true, these are techniques to keep the crowd quiet by believing that police is on the trail but in fact if you read yeasterday's news, more than 75% offenders are released before trial or even an FIR.

I wonder his abducters are regulaer readers of Express Tribune.Good show CIA, in next press conference dont forget to release the rest of the details of investigations.The Professionals Intelligentia :(

Initially, the police suspected that the scavenger was involved in the abduction but later, it became apparent that the person had no connection with the alleged kidnappers.

That poor scavenger must be the most confused guy in Pakistan right now!

By giving out this information the police show their incompetence or complicity.

he was abducted near his office not near cavalry grounds!! full of contradictions raising further questions!! hideous!

I don't think blaming the media for releasing this information is going to help - they are only doing what they are suppose to do - Its the police who should be keeping everything under wraps until the case is resolved.

Not at all responsible journalism. Investigation is ongoing, he is missing and is in misery, and you are updating us on how and what is happening in investigation. We dont want this. We just want him back, safe and sound, to his family. Only after that can we enjoy the thrilling stories of how and what happened. Until then please have mercy and don't publish such stories anymore.

The abductors had vowed to outdo the tracing tactics of law-enforcing agencies. I guess the abductors will exhaust the efforts of police first and than do whatever they had planned.

while being abducted, was Taseer going to his office, as suggested by the last para, or he had left his office (may be for home) and the abductors called eachother to execute abductions. There is contradiction in the story. Plz clarify.

Why are they releasing all this information publicly? It makes the abductors aware of the progress. Are they trying to help or hurt the victim?

I am afraid that by pulishing such items, our media is not helping anyone, but the abductors. Please do favour to the stressed family and stop doing this. Thx.

u ve read this headline, sure u r going to take next move.

Woah. Surely this information shouldn't be made public right now. The abductors are probably reading this and planning their next move. 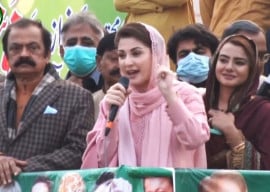