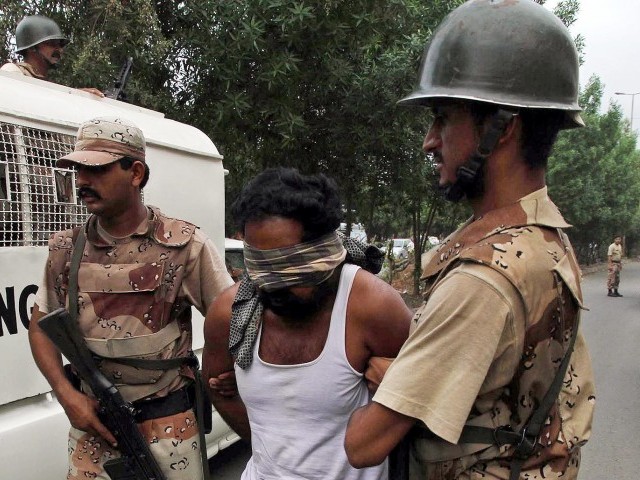 KARACHI: More than 20 suspects were arrested from various areas on Tuesday during overnight raids conducted by police and Rangers in the wake of a search operation in Karachi.

Rangers also recovered arms and ammunition in the outskirts of Karachi during the ongoing campaign to stem target killings through targeted operations.

Four suspects were arrested in a joint operation from sector nine of Baldia Town, whereas, two Kalashnikovs and two TT pistols were also recovered from their possession.

Police also arrested four drug dealers and two criminals from different areas of the city and also recovered arms and drugs along with stolen cell phones.

Police is further investigating the suspects.

Meanwhile, the ban on pillion riding, earlier put in place to stem crime and target killing in Karachi, was lifted for the three days of Eid by Interior Minister Rehman Malik.

Earlier, the Supreme Court took notice of the three months of continuous violence that claimed over 400 lives and is known as the worst violence the city has seen since the 1990s.

The police and Rangers along with 500 FC personnel have been deployed across the city in order to curb the spate of killings and regain normalcy.