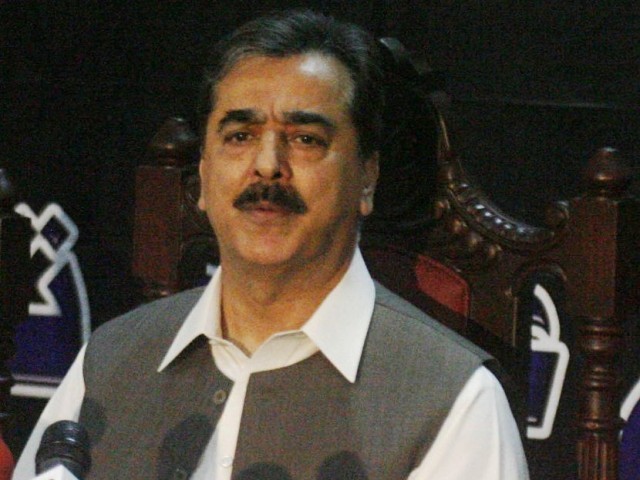 Prime Minister Yousaf Raza Gilani visited the family of late Punjab governor Salmaan Taseer assuring them of the safe recovery of Shahbaz Taseer. However, the police still remain clueless about the abduction and have claimed to have no leads in the case so far, The Express Tribune learnt on Monday.

Shahbaz Taseer was abducted from Lahore’s upscale Gulberg area while on his way to work on Friday. Search operations continue in parts of the city, while no one has been arrested yet, investigators revealed.

The prime minister, meanwhile, visited the Taseer residence where he met the former governor’s widow, Amina Taseer and younger son, Sheharyar Taseer. Gilani assured the family that the government was doing its utmost for the Taseer’s safe recovery.

Well placed police officials have said that the police have found a clue into the abductors’ whereabouts by tracing call records. However, sources said, they have yet to narrow down the list of numbers for a definite location, adding that ‘there were clear suspicions of his presence in the city’.

The officials further said that they suspect that the abductors will contact Taseer’s family in 10 to 15 days. They added that the modus operandi of abductors in such high-profile kidnappings is that they take the hostage to a safe place and analyse the circumstances before making any contact with the family. The sources added that the aspect of property dispute could not be ruled out yet.

SSP Operation Shuakat Abbass told The Express Tribune that results of the fingerprints taken from the crime scene will take at least eight more days, and are being traced through NADRA’s countrywide record. He added that the weapon, seized from the crime scene, is also being analysed by forensic experts.

Abbass reaffirmed that the police do have a clue about Taseer’s suspected location, adding that seven committees were working in their given mandate.

Meanwhile, Punjab Governor Latif Khosa has expressed confidence that Shahbaz Taseer is alive. Express 24/7 reported on Monday that Khosa said significant clues regarding Shahbaz’s abduction have been found during the investigation.

However, the Punjab governor expressed dissatisfaction over the ‘slow pace’ of the investigation which is being conducted by the provincial government. So far, investigations into Taseer’s abduction have led the Lahore police to interrogate two servants, and seven employees and guards at his company.