The European Parliament during its plenary sessions in Strasbourg held a debate, regarding the humanitarian situation following the climate-induced devastating floods in Pakistan.

The debate, held on Wednesday evening, was aimed at discussing the EU response to the situation in Pakistan and how to mitigate the extreme weather consequences of the climate-induced crisis, an official statement issued by the Pakistan Embassy in Brussels said on Thursday.

The Ambassador of Pakistan to the European Union, Belgium and Luxembourg Dr Asad Majeed Khan attended the special debate. 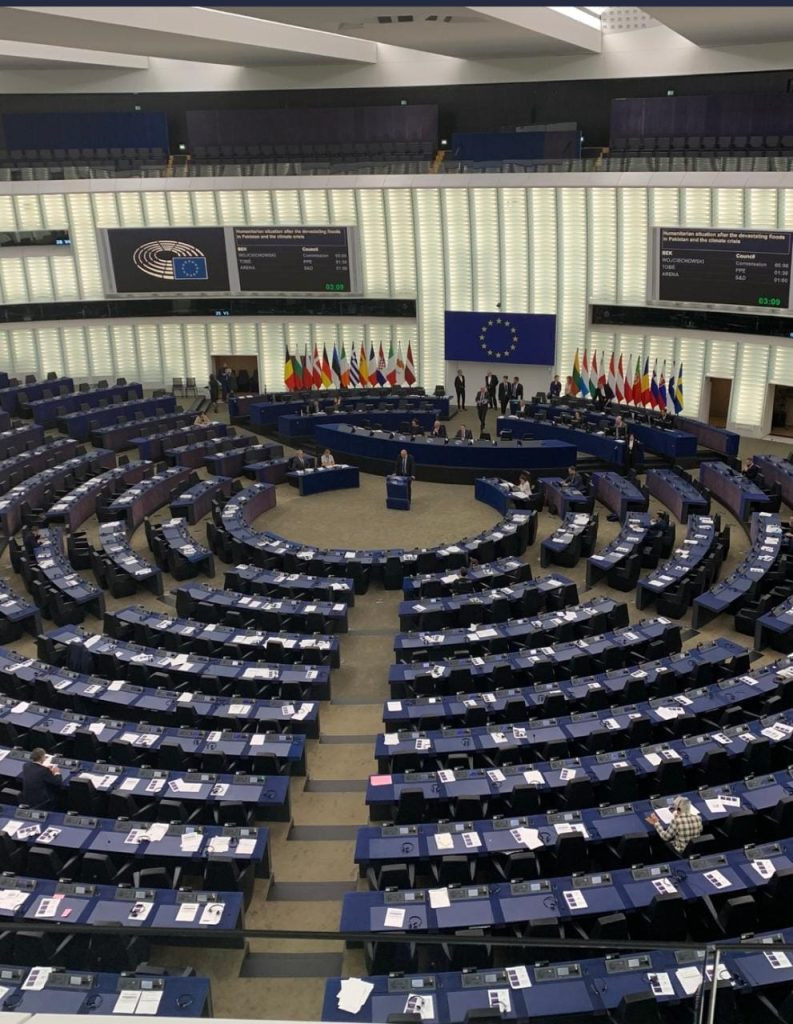 The debate was opened by Minister of European Affairs of the Czech Republic, Mikulas Bek, followed by European Commissioner of Agriculture Janusz Wojciechowski.

Several Members of the European Parliament (MEPs) belonging to different political groups participated in the debate.

Expressing solidarity with the people of Pakistan, the MEPs underscored the need for scaling up assistance and support for Pakistan in view of the unprecedented scale of the disaster. The climate change dimension of the disaster also came under focus in the debate.

It is pertinent to indicate that Ambassador Asad Majeed Khan briefed the influential European Parliament Committee on Development (DEVE Committee) on the flood situation in Pakistan during the last week of September 2022.

The drenching monsoon along with devastating floods inundated a third of Pakistan, aside from killing nearly 1,700 people and injuring tens of thousands since mid-June.

Torrential rains – 10 times heavier than usual – have also damaged nearly 45% of the country's cropland, posing a serious threat to the country's food security.

The government has estimated a staggering loss of $28 billion inflicted by the catastrophe on the already tottering economy, mainly in terms of infrastructure and agriculture.

SC allows ECP to continue contempt proceedings against Imran, others