Scores injured as protesting teachers clash with police in Peshawar

Despite the intense shelling, the police failed to disperse the protestors as the teachers stood their ground against the onslaught. PHOTO: EXPRESS
PESHAWAR:

Scores of people sustained injuries when police resorted to disperse protesting teachers in Peshawar on Thursday.

As per details, two police personnel and four teachers were injured due to the tear gas shelling by the law enforcers near Assembly Chowk. The protesters also 'retaliated' by throwing stones at the police.

Despite the intense shelling and baton-charge, the police failed to disperse the protesters as the teachers stood their ground against the onslaught. The injured were rushed to a local hospital.

Police resorted to firing tear gas shells to disperse protesting teachers who staged the demo against lowering the pension in the name of reforms in Peshawar. Two police personnel and four teachers sustained injuries during the clashes near Assembly Chowk.#etribune #news pic.twitter.com/lHdJKegkrG

The protesters alleged that the police have arrested some teachers who were getting medical care in the hospital.

Earlier, the Primary Teachers Association staged a protest against lowering the pension in the name of reforms. They called for a change in the current service structure of primary teachers and the promotion of headmasters to Grade 16 and 17. 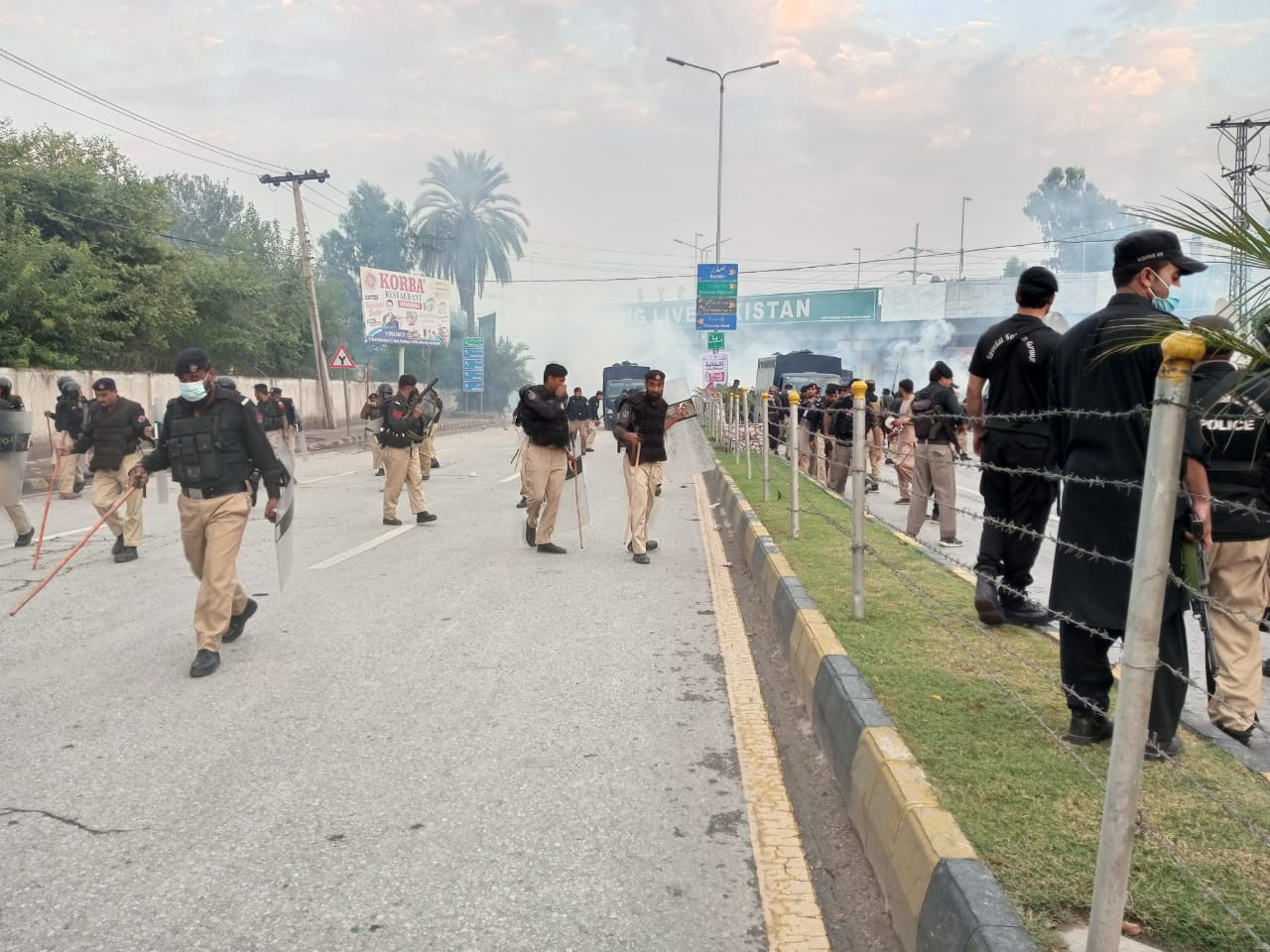 Due to the protest, GT Road remained blocked for many hours resulting in massive gridlocks in the surrounding areas.

Meanwhile, the provincial government has refused to accept the demands of the protesting teachers, saying that they blocked the roads the entire day but did not negotiate with the education department or government.

SBP’s forex reserves plummet to $3.08b

Textile exports fall for fourth month in a row