She sent Bella out in an elegant green dress while Gigi, her sister, was dressed in a black trouser suit

Victoria Beckham made her debut at Paris Fashion Week on Friday with a five-star cast of models, her family on the front row and a collection filled with edgy sophistication.

The former Spice Girl, 48 — who has been away from the catwalk for two years — is hoping that joining the most prestigious date in the fashion calendar can help pull her business out of debt. She sent superstar model Bella Hadid out in an elegant green dress with long latex gloves, while Gigi Hadid, her sister, was dressed in a black trouser suit. Beckham herself did not appear on the catwalk at the end of the show, as is normal during fashion week. "So just finishing off show detail and look who I run into," said Beckham, who is based in London, in a video posted on Instagram, showing her husband soccer legend David Beckham and children, including Harper Seven Beckham and Romeo Beckham walking behind her.

Instead, she mixed with the crowd afterward in the courtyard of the venue, the Valde-Grace abbey, on the arm of husband David Beckham — a rare move in the usually cordoned-off world of high fashion, and underlining her down-to-earth approach. “It’s London coming to Paris, and it’s cool,” she was heard saying to the crowd as she posed for pictures with son Brooklyn and his new wife Nicola Peltz. 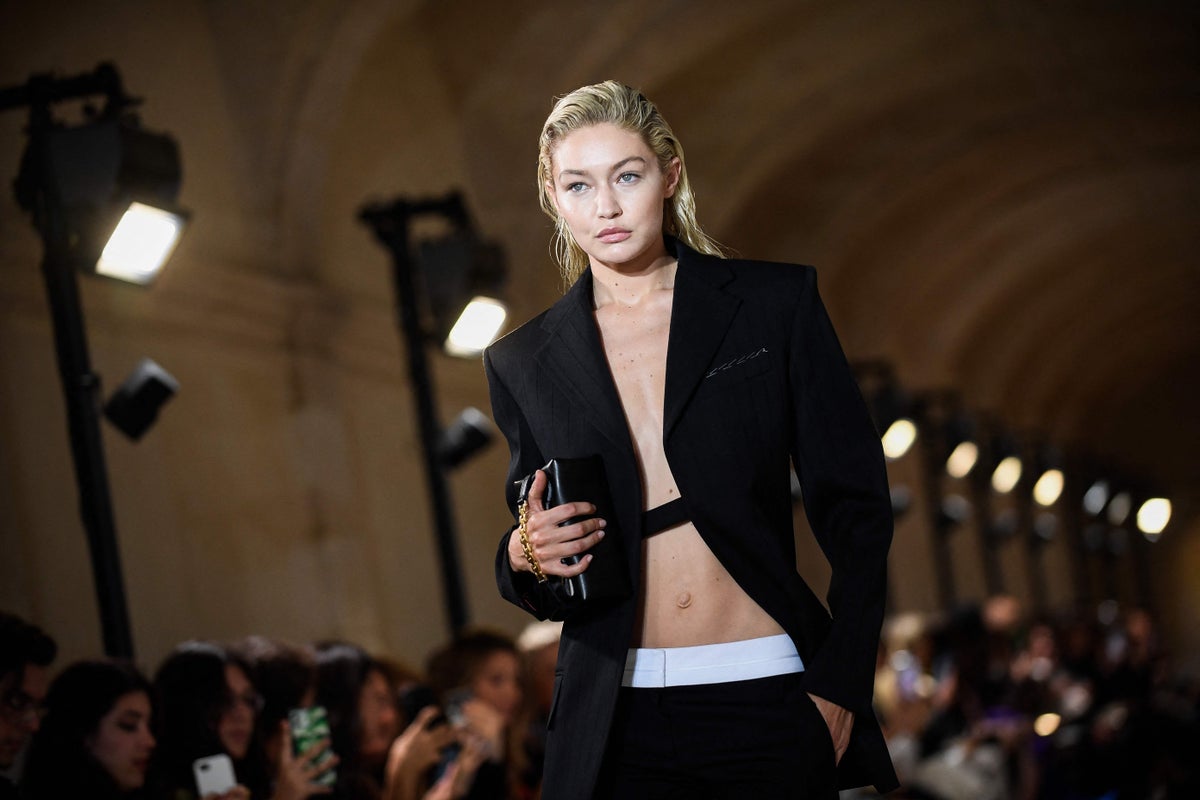 The designer emphasised her label's elevated side, with sleek dresses and suits, mixing light pastels with all-black ensembles, and adding silk fringes, with leading models Bella and Gigi Hadid walking in the show.

On the catwalk, it was all heightened feminity: stilettos, cutouts, sheer tops, tight dresses — and presented with a very traditional array of rake-thin models, not far from the stylist’s own image. Pink, blue, mauve, and lilac — there were spring colours among the black that is most dear to Beckham. 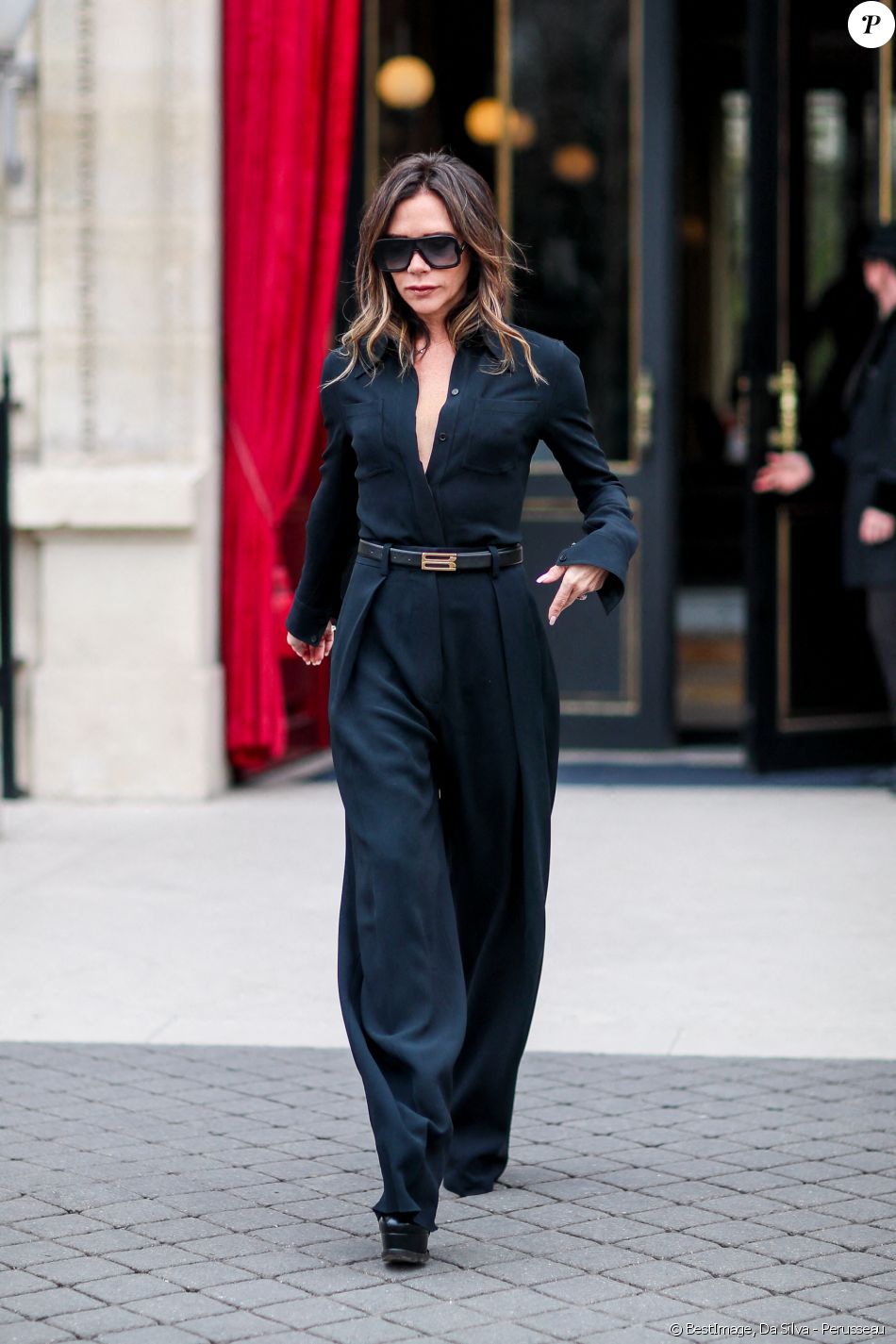 Beckham’s sophisticated office and evening wear has been a surprise hit with fashionistas ever since her debut show in 2008, confounding those who expected her to be another celebrity dilettante. She has mostly presented her clothes in New York, apart from a brief dalliance with London.

US model Bella presents a creation for the Victoria Beckham Spring-Summer 2023 fashion show during the Paris Womenswear Fashion Week, in Paris, on September 30, 2022. But despite having 250 global outlets selling her clothes, 30 million followers on Instagram and one of the most famous husbands in the world, Beckham’s company has always struggled to turn a profit.

In a bid to turn things around, she has recruited top French talent: her chairman is Ralph Toledano, ex-president of the French Federation for Haute Couture and Fashion, and her CEO is Marie Leblanc de Reynies, the former lead buyer at Paris shopping mecca Printemps. 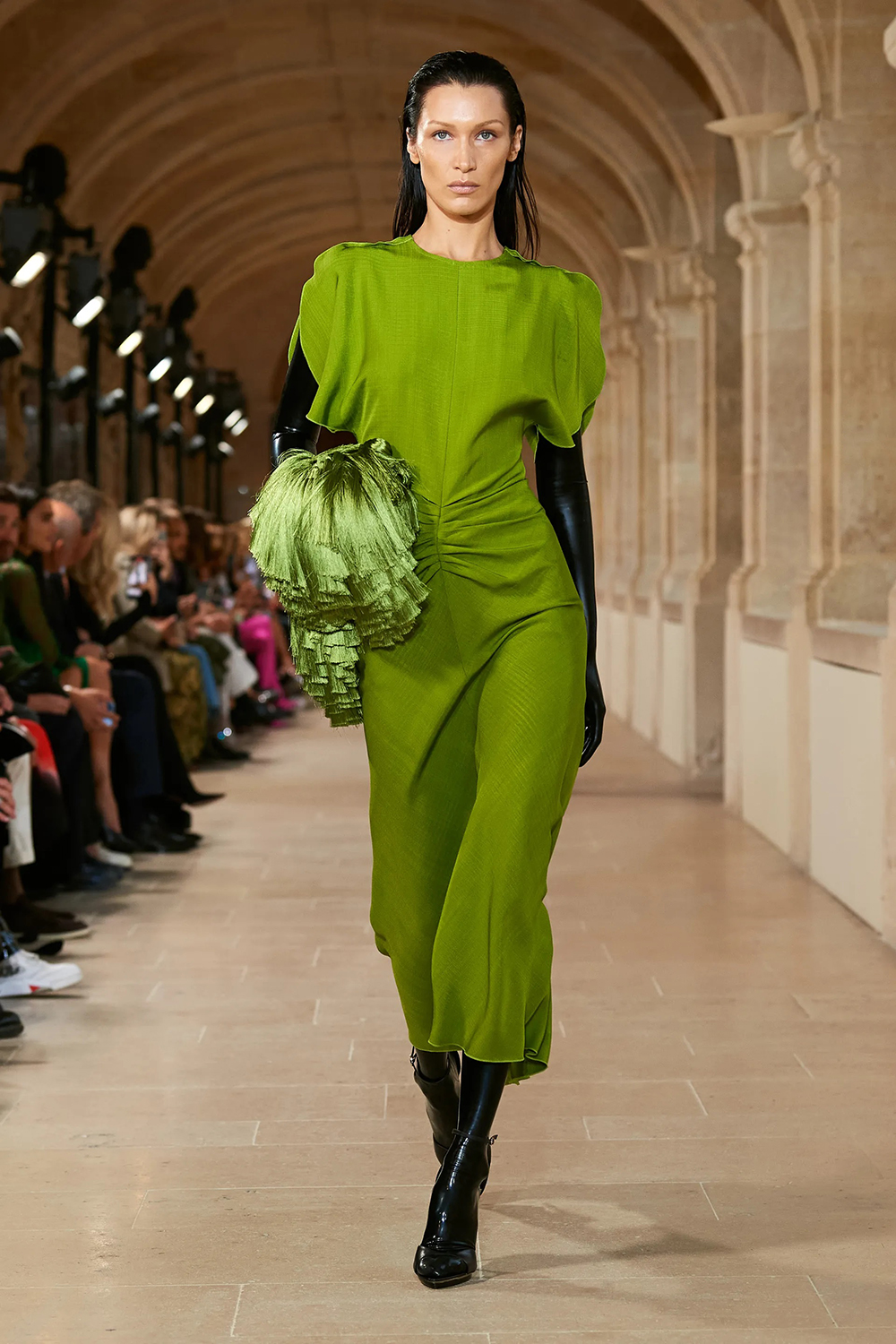 “Victoria is not from the fashion world. She threw herself into the business and at a certain point, she needed to structure, organise, and bring some order to the house, which is what we’ve been doing for the past four years,” Toledano told AFP.

Chic office and evening wear was always going to struggle during the pandemic, and reports this summer showed the label had £54 million in debt and had to cut prices and staff to stay afloat. But a successful cosmetics line, launched in 2019, has helped trim losses, and the team hopes to break even in the coming months.

Paris Fashion Week is a way for Beckham to validate her status “as a designer and not just a celebrity,” said Benjamin Simmenauer, a professor at the French Institute of Fashion. She joins fellow Brits Vivienne Westwood and Stella McCartney in the official Paris calendar, as well as rising stars such as Craig Green. After the runway presentation, which was held in the arched corridor of the historic Val de Grace abbey in central Paris, Beckham wiped away tears as she took her bow, pausing to hug Eva Longoria, who sat in the front row. Of the major global fashion capitals, Paris has emerged from the pandemic strongest, bulked up with new venues to serve the industry, as well as hefty investments in flagship stores and high-end hotels from luxury groups based here.