Sri Lankan actor Yehali Tashiya Kalidasa, who essayed the role of Lady Cadet Nathmy Perera in Sinf-e-Aahan, was overjoyed watching the Asia Cup final between her native country and Pakistan. Sri Lanka may have won the Asia Cup this year but it seems like the Pakistani pacer Naseem Shah won Yehali’s heart.

Taking to Instagram, the 18-year-old actor shared a Shah a day after the Asia Cup 2022 final. Although she didnt write any praises for the 19-year-old cricketer, she added emojis to express her love with a blushing emoji on the first wicket taken by Shah in the match.

Ever since that, she has been sharing bloggers’ and publications’ posts speaking about her praises for Shah. 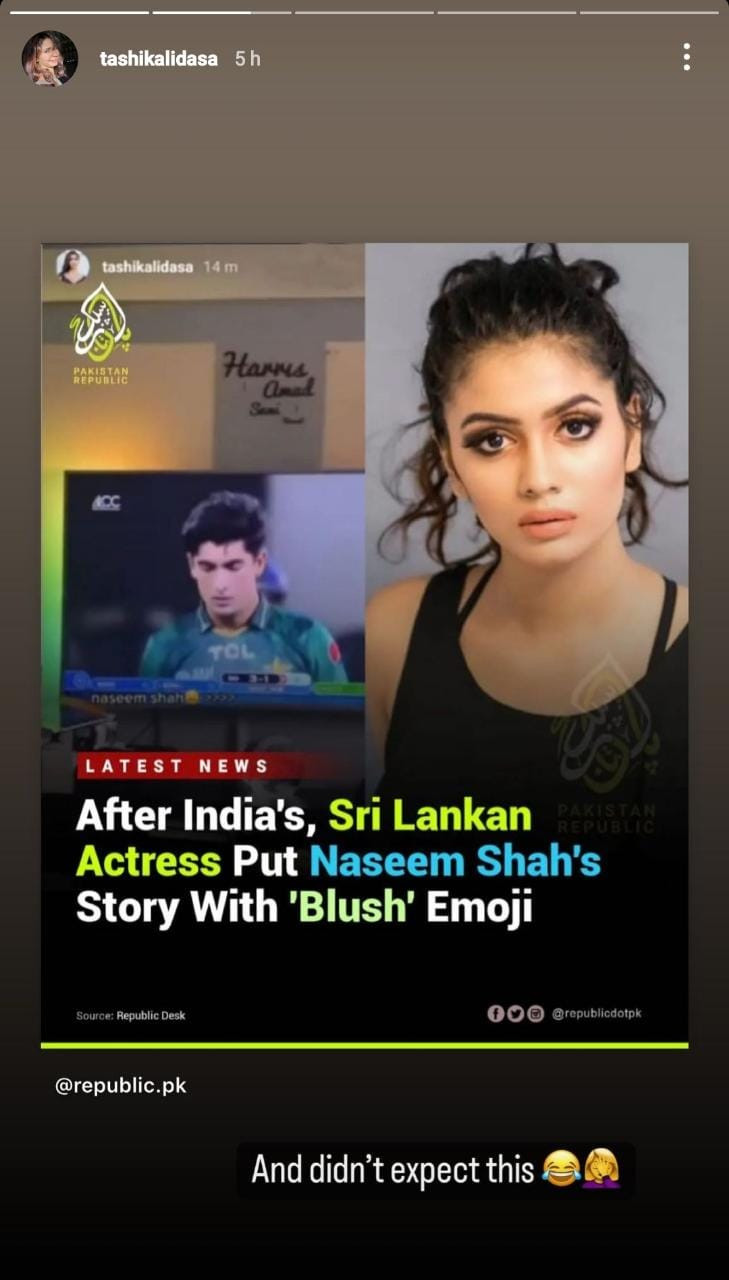 Apart from Yehali, Indian actor Urvashi Rautela also shared a fan edit on her Instagram which saw the Great Grand Masti actor smiling and blushing with the shot cut to Shah’s face. The viral video drew flak against Rautela with people calling her a “sugar mommy” and asking her to “leave the kid alone.”

She later clarified that her team shared all fan edits from the match and that people should avoid spreading any baseless rumours.

On the work front, apart from Sinf-e-Aahan, Yehali also starred in the 2010 Humayun Saeed and Aamina Sheikh starrer Daam.