But what has led to the gossip?

There are two reasons why people are convinced that there's a possibility that Sen and Modi have parted ways. Firstly, Modi has changed his Instagram bio. It was on July 14 that Modi had taken social media by storm after he announced he was dating the Main Hoon Na star.

Sharing pictures from their 'romantic getaway', the businessman wrote, "Just back in London after a whirling global tour of Maldives, Sardinia with the families - not to mention my better-looking partner, Sushmita Sen."

He had added in the caption, "A new beginning, a new life finally. Over the moon. In love does not mean marriage yet. But one that by God's grace will happen. I just announced that we are together."

Soon, after the announcement Modi added to his Instagram bio, "Finally starting a new life with my partner in crime. My love, Sushmita Sen". However, now he has removed the aforementioned line from his bio which has led to the breakup news. The profile photo that featured the actor has also been removed. 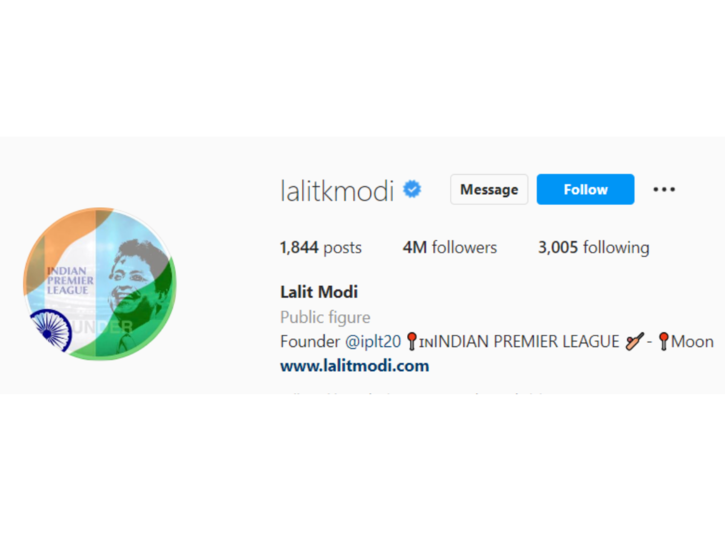 The other reason for split rumours to have made rounds is that Sen has often been spotted with her ex-boyfriend Rohman Shawl recently. They were both spotted partying together on her mother Subhra Sen's birthday. In fact, on her daughter, Renee's 23rd birthday recently, Rohman wrote, "Kiddo is 23. Happy birthday, Renster." Renee also thanked Shawl in her Instagram story.

Earlier, news of the couple dating has subjected Sen to a lot of hateful messages and made her the centre of memes and jokes that insinuate the star is in a relationship with Modi “for his money”. Breaking the silence on the subject, the 46-year-old actor had penned a note on Instagram for people "ignorant with their cheap and funny gossip."

She had written, "It’s heartbreaking to see just how miserable and unhappy the world around us is becoming. The so-called intellectuals with their idiosyncrasies, the ignorant with their cheap and at times funny gossip, the friends I never had and the acquaintances I’ve never met are all sharing their grand opinions and deep knowledge of my life and character. I'm monetising the ‘Gold Digger’ all the way!"

Snubbing haters, she added, "I dig deeper than Gold and I’ve always (famously) preferred Diamonds! And yes, I still buy them myself!"