As India celebrated its Independence Day on August 15, the Kashmiri and Sikh communities in the United Kingdom held a number of protest demonstrations across the United Kingdom to respectively highlight human rights abuses by the Modi-led government in Indian Illegally Occupied Jammu and Kashmir (IIOJK) and for seeking Free Khalistan.

The Tehreek-e-Kashmir (TeK) UK also arranged a digital van which displayed messages of brutalities and human rights violations by Indian forces in IIOJK. 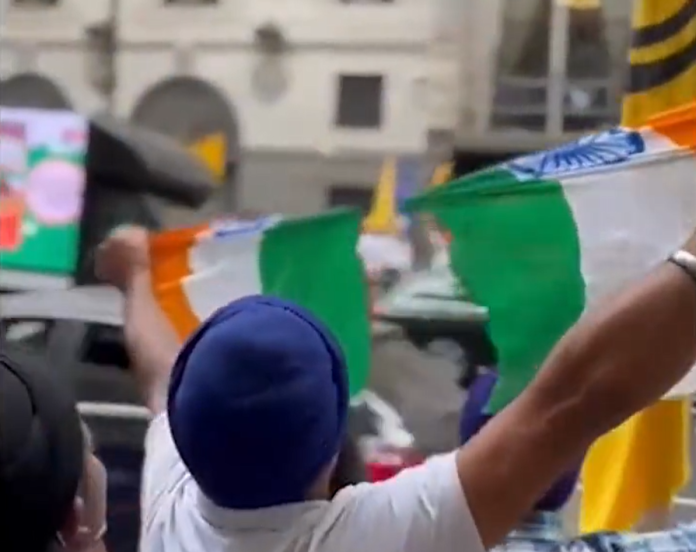 The van passed in front of important landmarks in Central London including the British Parliament, 10 Downing Street, Trafalgar Square, Piccadilly Circus, the Indian High Commission in London and other important diplomatic missions.

Digitial van by the platform of Tahreek-e-Kashmir (TeK) UK which displayed the messages of brutalities & human rights violations by Indian forces in IIOJK. The van passed in front of imp landmarks in Central London incl British Parliament.#KashmiriLivesMatter pic.twitter.com/myfEjxdBy6

Different organisations representing the British Sikhs and Kashmiris held a joint protest in front of the Indian High Commission in London.

The protesters were holding banners and placards and chanted slogans for independent Khalistan and free Kashmir. 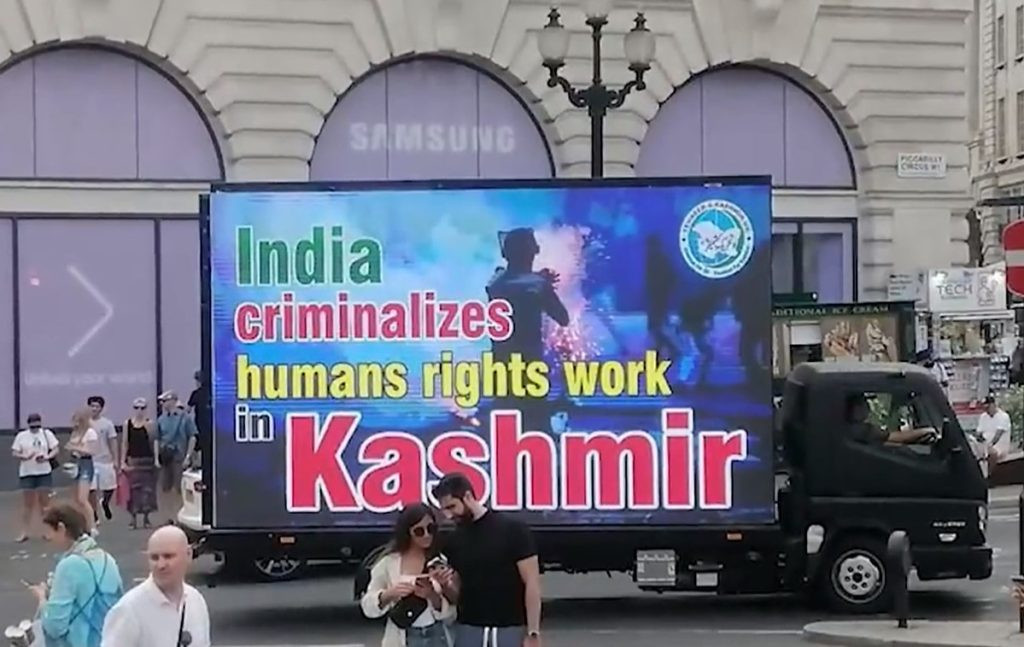 During the protest demonstrations, a brawl between the Indian supporters and Sikh protesters was also reported when a Sikh protester snatched the Indian flag from an Indian citizen and tore it down.

A protest demonstration was also held in front of the Indian Consulate in Birmingham by the Tehreek-e-Kashmir UK. Holding banners and placards, the participants chanted slogans against Indian illegal occupation in IIOJK and declared August 15 as Black Day. 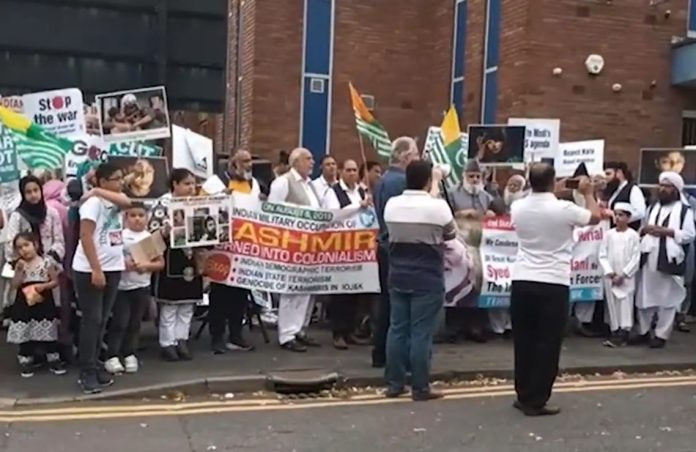 The Kashmir Overseas Solidarity Council (KOSC) also held a protest gathering in Bradford, UK in which the participants showed solidarity with the oppressed people of IIOJK.

'Line through our hearts': A Kashmir village, 75 years after partition

Kashmiri leader thanks Pakistan for solidarity