Pulisic shines in US’ friendly win

Argentina to prepare in Abu Dhabi

Social media sensation, Dananeer Mobeen took to Instagram to share her fan moment with Bollywood actor, Kartik Aaryan. In a screenshot shared by the Sinf-e-Aahan actor, she had sent Kartik one of his posts with a message attached, and received a response from the actor, both of which she covered. 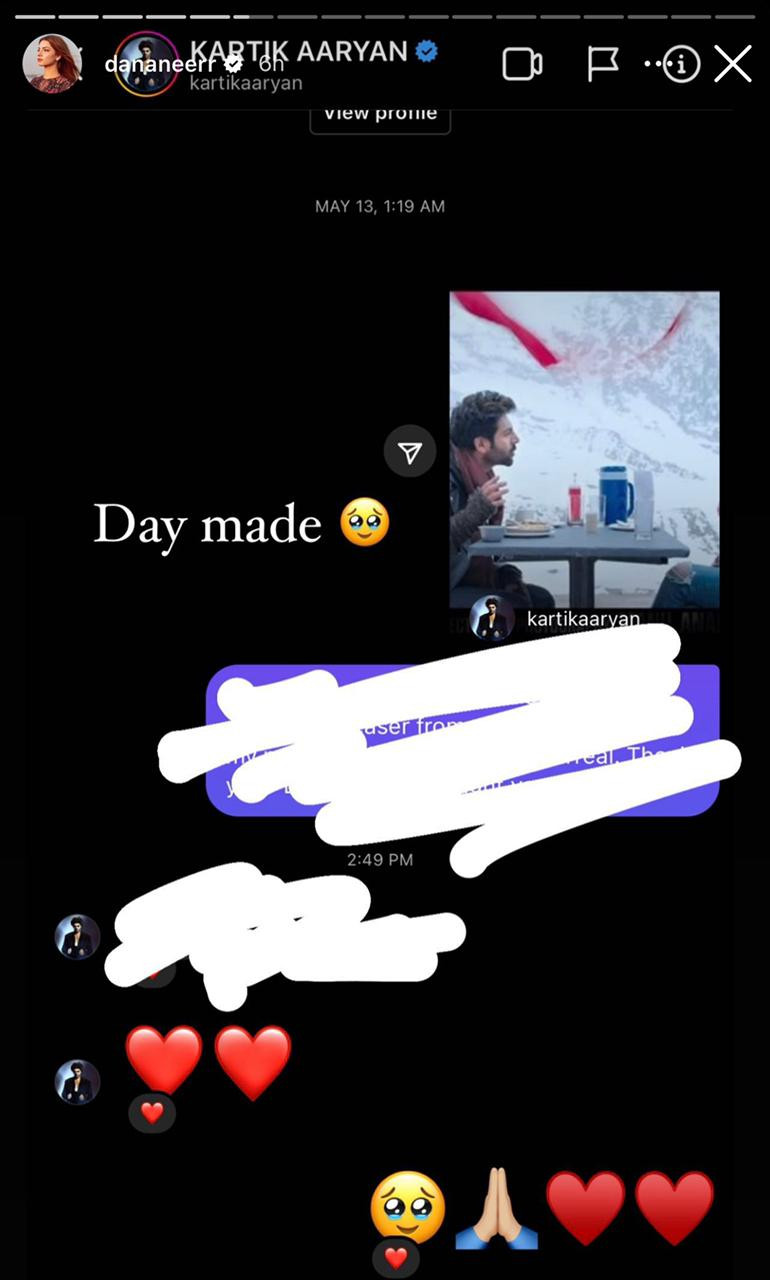 The post, which was from May 12, featured the actor's recent movie, Bhool Bhulaiyaa 2’s teaser. The popular line that launched Dananeer into fame, “Pawri ho rahi hai”, was featured as a dialogue in the movie, spoken by Kartik’s character, Dr. Neil Bhosale. Kartik had also captioned the post saying, “20th May ko Pawrii ho rahi hai”. Dananeer expressed her excitement at the recognition by captioning the story, ”Day made”.

The scene transcended borders as it made waves on social media for being featured in a Bollywood movie. Netizens praised the movie for featuring a line spoken by a Pakistani in an Indian movie, however people were also quick to criticize the movie for using a line as a dialogue that was not originally written.

Dananeers rise to fame began on February 6, 2021 when the 19 year old social media influencer shared a video on her Instagram from Nathia Gali. The video, which featured the famous line “Pawri ho rahi hai” set the internet on fire leading to Dananeer's unprecedented rise to fame. This mere 10 second clip was responsible for rectifying some of the cultural divide between Pakistanis and Indians after the Indian musician, Yashraj Mukhate created a mashup of it. With thousands of people creating their own renditions of the clip, Dananeer won the hearts of Pakistanis and Indians alike.