Calligraphy exhibit: A group show of the budding and the mature

Calligraphy exhibit: A group show of the budding and the mature 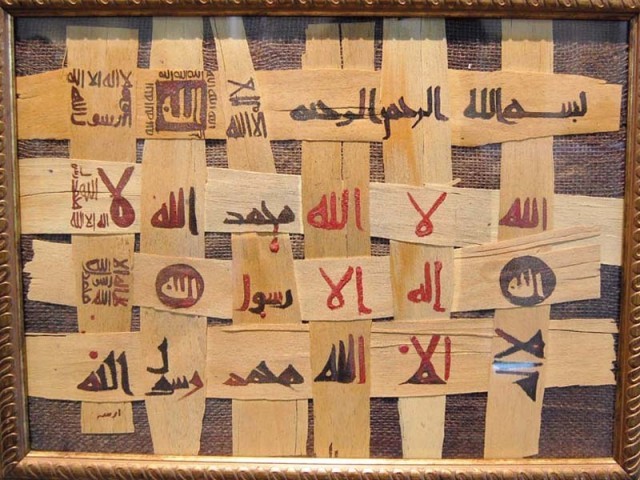 One of the pieces on display at Rawalpindi Arts Council. PHOTO MUHAMMAD JAVAID

Inaugurated by Rawalpindi Division Commissioner Zahid Saeed, the “sublime and superb” exhibit, as termed by most visitors, features 55 calligraphic art pieces by 14 artists, including some renowned calligraphers.

Among the most notable artists is calligrapher Elahi Bux Matteh, who has earned much repute since he was commissioned to paint Kalima-e-Tayyabah (first Islamic Kalima) on the face of the Parliament House. The artist’s six art pieces featuring traditional kalum and oil paints on paper remained the focus of attention.

“The exhibition is a good diversion during Ramazan and is an opportunity for young artists and students to observe and learn from experienced artists,” said a young girl at the exhibition.

Rawalpindi Division Commissioner Saeed said he had been “inspired by the magnificent exhibit” and praised the efforts of both senior calligraphers and students.