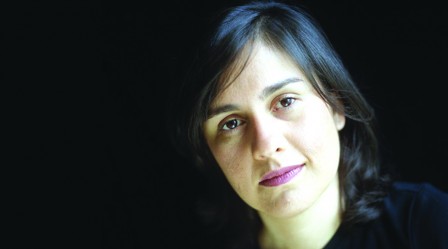 Novelist Kamila Shamsie laments giving up piano lessons in her teens and reveals her admiration for Meryl Streep.

What is your idea of perfect happiness?

Surely my idea of ‘imperfect happiness’ would be far more revealing…

What is your greatest fear?

What is your greatest extravagance?

Newspaper delivery — the delivery costs more than the newspaper.

What do you consider the most overrated virtue?

On what occasion do you lie?

What do you most dislike about your appearance?

My spleen, to anyone with x-ray vision. (My kidneys, on the other hand, are very fine.)

Which living person do you most despise?

The man serving coffee on the train who wouldn’t give me a cup because he didn’t have change for the note I presented him in the last hour of a 22-hour train ride from Copenhagen to Paris – and everyone standing around who didn’t just buy me a cup with their loose change. It made me think this is the difference between Europe and Pakistan.

I’m putting these two together, only because it gives me reason to quote one of my favourite Fleetwood Mac lines: I like a man with a future; I like a woman with a past.

Which words or phrases do you most overuse?

Over the last week I’ve started saying ‘Spectac!’ to denote enthusiasm. I don’t know why. I hope it goes away quickly.

When and where were you happiest?

10th December, 1997. Northampton, Massachusetts. When my agent called to say my first novel had been accepted for publication.

If you could change one thing about yourself, what would it be?

I’d be a better doodler.

What do you consider your greatest achievement?

Earning a living by doing the thing I most love.

If you were to die and come back as a person or a thing, what would it be?

What is your most treasured possession?

It would have to be my Mac, since it serves as backup and extension of my memory.

What do you regard as the lowest depth of misery?

The 30th hour of that flight from New Zealand to London, when you can’t sleep, can’t read, and the only in-flight movie you haven’t seen is the second installment of the Twilight films.

If you didn’t do your current job, what would you choose to do?

What is your most marked characteristic?

Who is your hero of fiction?

Meryl Street, in all her fictional guises.

What is your greatest regret?

Stopping piano lessons in my teens.

How many hours of load shedding did you experience yesterday?

None, but I experienced both tube delays and rain, which are the London equivalent.

10 things I hate about Mangoes