An Americ­an man on a missio­n to captur­e Osama bin Laden has abando­ned his goal and is all set to go home.
By Express / AFP
Published: June 24, 2010
Tweet Email 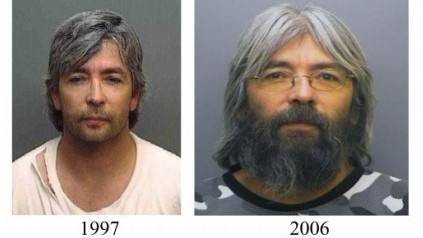 CHITRAL: An American man on a mission to capture Osama bin Laden has abandoned his goal and is all set to go home.

Colorado-based construction worker Gary Faulkner was detained in Pakistan for trying to track down and kill Osama Bin Laden has been freed and will return to the United States later Wednesday, his family told local media.

He was released by authorities in Pakistan late on Tuesday before flying home to the United States via Dubai, a relative told ABC7 News in Denver.

“They got the news late yesterday that he was coming in. So, they’re really looking forward to seeing Gary. It’s been a while,” Faulkner’s brother-in-law John Martin was quoted as saying on the network’s website.

Dubbed as ‘Rambo’, Faulkner was arrested on June 13th trying to enter Afghanistan from the mountainous region of northern Pakistan.

Armed with a pistol, sword, night vision goggles and a map, Gary was out to get Osama. Upon arrest, the 51-year-old told police he was planning to avenge the victims of 9/11.

The construction worker claims God prompted him in a dream to travel to Pakistan and murder bin Laden.

Long haired and bearded, a Christian believer but suffering from health problems, Faulkner dubbed “the American Ninja” was on a solo mission to track down and kill al Qaeda figurehead bin Laden, his family has said.

Brother Scott Faulkner told CNN that Gary Faulkner had been motivated to hunt bin Laden out of a desire to avenge the September 11, 2001 attacks and a belief in God, saying he was not crazy, psychotic or schizophrenic. His brother said Gary has been treated well during his detention in Pakistan.