Rumour has it: Farhan Akhtar, girlfriend Shibani Dandekar to marry in March

Kashmiri leaders have urged the United Nations (UN) to fulfill its obligations on the the longstanding dispute between Pakistan and India.

Addressing an event held to mark the Right to Self-Determination Day, they also urged Pakistan to continue its efforts against the newly-imposed status quo in the occupied territory.

The one-day conference held in Birmingham was organised by the Tehreek-e-Kashmir (TeK) United Kingdom. It is worth mentioning here that on this day in 1949, the UN passed resolution which stated that “the question of accession of the State of Jammu & Kashmir to India or Pakistan will be decided through the democratic method of a free and impartial plebiscite”.

TeK UK President Raja Fahim Kayani, while addressing the attendees, said that if the UN fails to fulfill its due obligations, it would face the same fate as the now-defunct League of Nations.

“The mandate with which the UN was formed was to ensure world peace, and if there is any grave threat to world peace, it is due to non-resolution of Kashmir dispute, especially because of non-action by the United Nations,” he said.

“It was failure of the League of Nations to avoid harm to world peace that resulted in the UN and today, when three nuclear powers are head-to-head against each other in occupied Kashmir, the UN must wake up and save the world from a big disaster which can unfold any time,” Kayani said, referring to India whose nuclear assets are in “fascist government’s” hands, thus posing danger to the world peace.

“The unilateral and illegal actions by the Indian fascist regime have no bearing on the UN resolutions, rather India is the big violator of international conventions and resolutions on Kashmir,” he said.

“But the question is why is the UN silent,” Kayani asked, calling for international intervention to halt the “ongoing genocide” committed by India in occupied Kashmir.

MP Afzal Khan, who is also the shadow minster for justice, told the conference that Indian-occupied Kashmir has turned into the highest militarised zone in the world.

“There are three nuclear powers in the dispute, who have gone to war,” he said, referring to the 1962 Sino-Indo conflict and India-Pakistan wars. 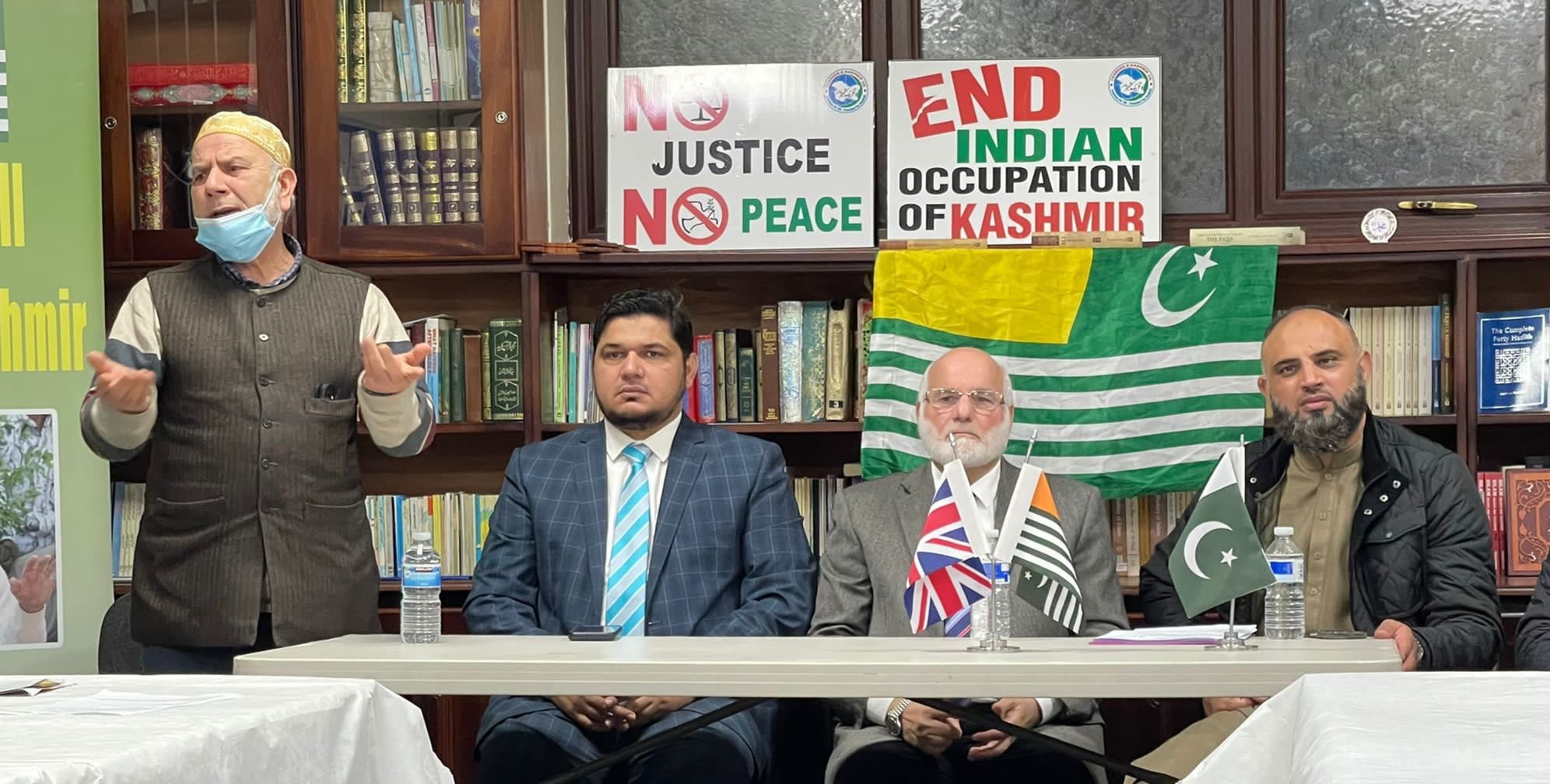 “In 21th century, this is an unacceptable colonial behavior,” he said regarding India’s occupation of Kashmir.

MP Andrew Gwynne, the chair of Labour Friends of Kashmir, said in his message that the right to self-determination as “the most fundamental human right, from which all other rights flow.”

“This is a right denied to Kashmiris for too many generations,” he said.

“We need the international community to now come together and make good on that promise,” he added.

MP James Daly, chair of Conservative Friends of Kashmir said the actions taken by Indian on August 5, 2019, “constitute a violation of the UN Security Council resolutions on Kashmir and bilateral Pakistan-India agreements, such as the 1972 Shimla Agreement and the Lahore Declaration”.

Muhammad Ghalib, president of TeK Europe, said that it was important to keep Kashmir into mainstream media.

Qamar Abbas Raja, another figure of TeK, told the conference Pakistan should sustain its Kashmir campaign.

At least 12 killed in stampede at religious shrine in IIOJK