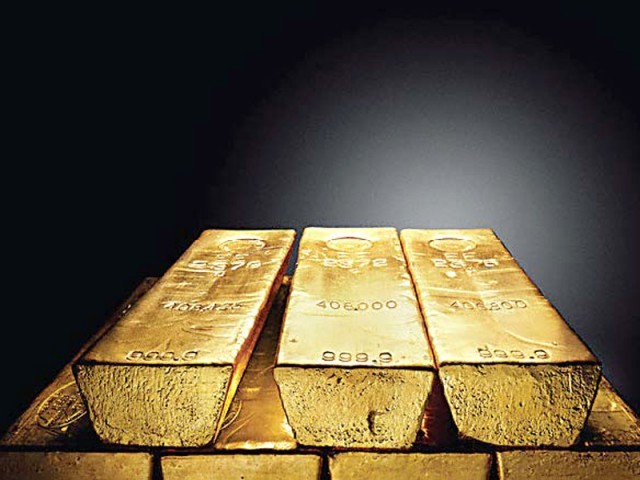 Gold prices have hit 11 new peaks in the last two months on the back of surging global prices.

KARACHI: Gold prices continued their upwards spree and hit a record high on Wednesday on the back of international prices.

Prices per tola (11.7 grams) of the precious metal rose to Rs58,400 on Wednesday, toppling the previous record of Rs56,400 per tola posted in the preceding week. While prices per 10 grams silver have risen to Rs1,080.

Gold prices have hit 11 new peaks in the last two months on the back of surging global prices. In the international market, gold held steady near a record high on Wednesday after a Franco-German summit failed to convince investors that the eurozone debt crisis would be solved effectively. This supported the demand for bullion as a safe haven.

The short-term gold technical outlook suggested that gold could pull back to $1,772 an ounce, said Reuters market analyst Wang Tao.