“Dilli was bred on the milk of royal culture, brought up in the lap of kings, and reached maturity in an atmosphere of learning and knowledge. Its life blood was its majesty and dignity…the citizens were examples of a higher culture and the personification of inherited courtesies.”

“The world marches forward, and if anyone wants to make a better city than Dilli, they can succeed. The required bricks and stones are all available…But Dilli was never a city of just bricks and stones…although…the buildings still stand, the life and soul of the city are dead;…the spirit that gave life to this city has disappeared.”

It is with these sacrosanct words that we embark on our journey back in time, in the year 1857 – where the Indian way of life changed forever, irreparably, and the overnight devolution of centuries of the Mughal dynasty sparked into manifest reality. City of my Heart chronicles the eve of the downfall through the lens, not of a catalogue of characters or profiles, but through Dilli (Delhi) herself, where she (the city) speaks in volumes, through every landmark, every structure that she contains. This writer would be gravely amiss if they did not salute the magnificent Rana Safvi, who although accredited with a ‘translated by’ pedestal, does a most marvelous job; not holding back in the slightest, as she expertly weaves a resplendent tapestry of a bygone age.

Would it be appropriate to call this text just an invocation of nostalgia? I would say not, because while there is a lot to be said about memory, the visceral depths with which Safvi navigates the city is a feat in itself and goes beyond the scope of a mere retelling, let alone that of a translation.

But City of My Heart is just that; a collection of translations; chronicles of four accounts of life in the twilight of the Muslim rule in the subcontinent, vis a vis its capital city of Delhi. Dilli ka Aakhiri Deedar (The Last Glimpse of Delhi) by Syed Wazir Hasan Dehlvi; Bazm-e-Aakhir (The Last Assembly) by Munshi Faizuddin; Qila-e-Mu’alla ki Jhalkiya’n (Glimpses of the Exalted Fort) by Arsh Taimuri and Begamat ke Aansu (Tears of the Queens) by Khwaja Hasan Nizami.

Mir Taqi Mir, had once said: “Dilli ke na the kooche auraaq-e-musavvir they, jo shakl nazar aaee tasveer nazar aaee” (The streets of Delhi weren’t mere streets; they were pages of a pictorial book in which one saw a face and picture (of the city and its culture). Never did this excerpt hold more true than the contents of this beautiful book.

Each and every Dehlvi (resident of Delhi), bird, beast, stone and human – speaks to the reader. Each junction punctuated by the sharp tug of the heart as almost two centuries later, we are all aware of its ultimate fate. It is not a book about history, it is a book about unbridled celebration and joy, wholesome and authentic, compounded by the purity of the human spirit that once was and at some point, almost cruelly, hinting at its inevitable and heartbreaking demise.

The elaborate celebrations of Holi, Diwali, Phool Waalo ki Sair and Eid et al are mere backdrops; leitmotifs of the book where in actuality, the descriptions of the composite and syncretic culture of the era, most fundamental of which is the melding together of various religious denominations, equal in their happiness and in their suffering which warrants the real spotlight.

Safvi breathes life into the 14 cities (boroughs) of Delhi, including her people, culture and languages. The authors whose work she translates have done the city justice in intricate detail. Even while reading it in English, a conventional reader can appreciate through a vetted comprehension, the absolute loft of the Urdu prose they exercised; extremely rich in idiom and nomenclature, clearly indicating how translating these texts were beyond a shadow of a doubt, no small stroke. Safvi in doing so, showcases her both her curated finesse and her deeply empathetic understanding of the people, places, and the civilization of the time.

Safvi’s maintains the letter and spirit of the original texts with her unique flair for translation. One cannot help but wonder that those of us who can read Urdu have definitely delved into something far more enriching than our non-Urdu speaking counterparts. Safvi has saved for posterity, not just the works of the four authors she translated, but also the culture they speak of. If anything, this volume illustrates how even where translations are meant for a broader readership, they are best enjoyed by those who know both the language of origin and the translation. Those of us who are familiar with the works of Hasan, Faizuddin, Taimuri and Nizami would be doubly enthralled by Safvi’s accuracy in diction and context. She has truly preserved the essence of the four books she ventured to revive.

Someone said about the perils of translation – and love– that when it is faithful it is not fun. Rana Safvi, you will be glad to surmise, succeeded on both fronts! 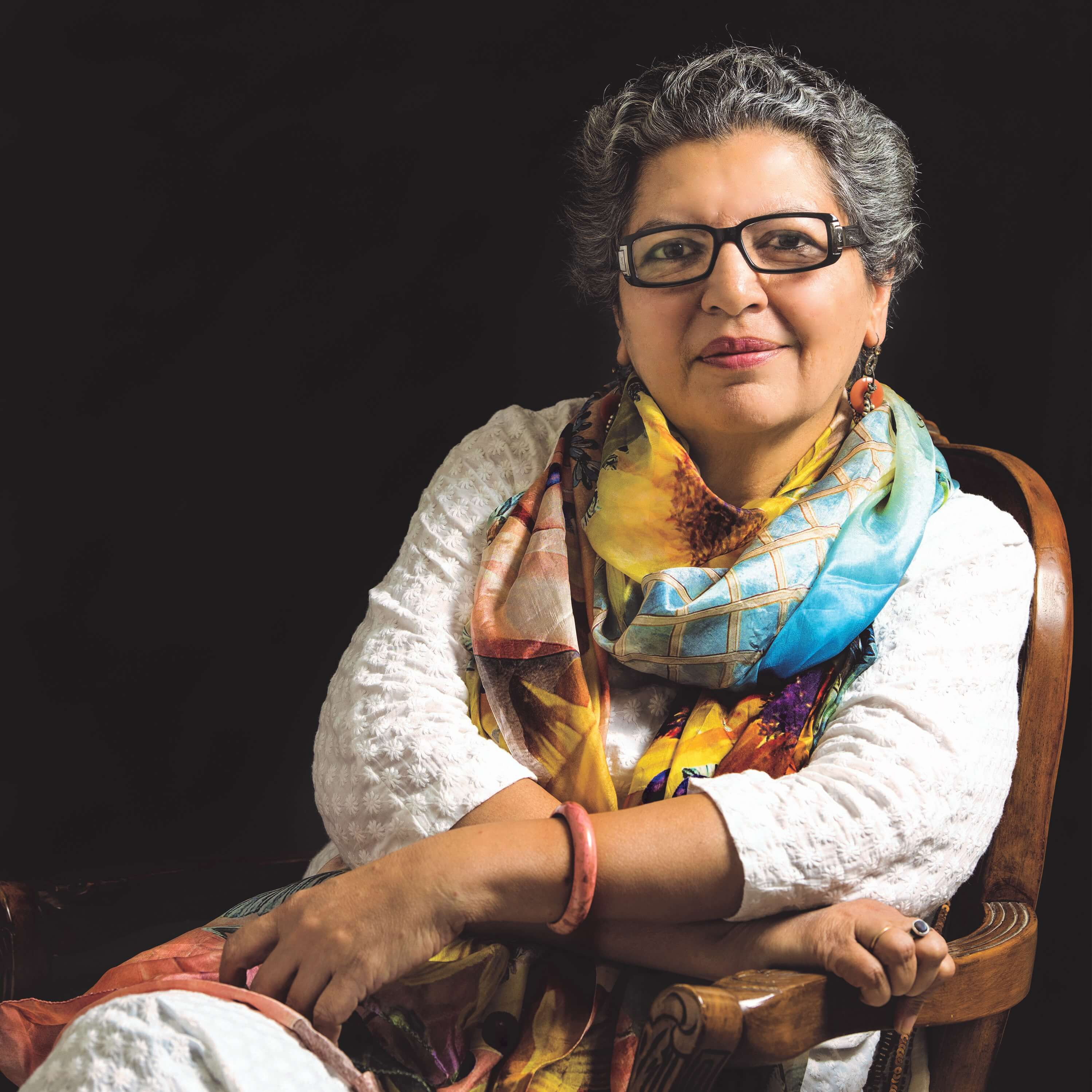 The city of Delhi was always heralded as the heart of pre partition India and it was Delhi’s heart that beat within the Red Fort. The Red Fort has been a witness, a silent sentinel to many things – The rise and fall of the Mughal Empire, the British invasion of Delhi, India’s independence movement and finally the moment when the flag of an independent India was first unfurled from it.

The first three books one may find are all similarly upbeat; all have colorful snippets about the daily life of the emperor, the antics of the queens and princesses and others living in the glorious Red Fort as well as the intrigues and jealousies that form the intricacies of every court of power. It also describes in detail about the festivities and celebrations and how “Delhi was a gay and lively city where every day was Eid and every night was Shab-e-Barat”.

It is made very clear from subtle inferences in narratives that even though the Mughal Empire was at a decline, culture and literature thrived and Delhi’s people were considered to be the epitome of etiquette and grace. Grace of an archaic design, one that you might only get the privilege to read about in fairytales: how all religious elements and avenues (“a sea of green prayer caps, bald heads, and turbans”), their rituals and festivals mingled together and created a very cohesive, pluralistic way of life - the very epitome of Co-Existence.

Almost as an anticipation of the swan song that the reader has been building up to, the translation ends with the last book, aptly titled Begamat kein ansoon (Tears of the Queens) by Khwaja Hasan Nizami describing the life of royals who fled the fort after the British took over it after the 1857 revolt. As a stark contrast, the happiness is replaced by primordial fear and the onset of tear jerking cataclysm; the Mughal crown falls, the seat of power in South Asia decimated, nobility wrenched apart and the once proud inhabitants of Dilli’s regalia, captured and hanged at the kotwali chabutara where the present day Gurudwara Sisganj stands. As we know, the ones who survived were delegated to a live a life of abject poverty and misery.

Rana Safvi extolls to us how the Red Fort was originally called Quila-e-Mubarak and represented the zenith of Mughal grandeur, money and architecture. But slowly as the Mughal empire declined, the Mughals themselves started using the jewels embedded in the walls and its gold and silver paneling to fund themselves. The last straw was when the British took over the fort after the revolt, built barracks and started demolishing buildings they felt were not required. Had it not been the intervention of Lord Canning, the British would have changed the face of the fort completely. To feel and experience the actual grandeur of the fort Rana points out can now only be found in legendarium.

As a reader, going through City of my Heart was a glide, one that I am a better person for, but the same cannot be said about the emotional toll that such a volume can take. Although the nature of the prose might indicate otherwise, the book at its very core is not a work of fiction, neither does it involve an expedition into an epoch too deeply embedded in the annals of ancient history – as of today, circa 2021, it is just an echo of merely two generations ago (a generous exaggeration). Two generations only, in which centuries of honour and grace were ground into the dust; an entire way of life and the community that compounded its magnificence, brutally, unapologetically, ripped out - ‘root and stem’.

There are many other books that have expounded upon the inherent consequences within the greed of colonial conquest, and no matter how much one such heart might desire, the absolute love letter, that the City of my Heart undoubtedly is, does not deserve to be marred by the shadow that it preludes to. There is a time and a place for such an articulation; but almost as an ode to the exquisite decorum that Dilli itself personified, let us concur, that this is not that time.