Who said reading was a dying art?

In a climate where reading seems to be a waning practice, Urdu bazaar is a market that still thrives on its sales

Pakistan’s economic hub city Karachi has different old markets and keeps its historic value. ‎Karachi’s famous and biggest MA Jinnah M Road (formerly known as Bunder Road) has a certain past glory. In search of books, there was a time when an entire city chose to go a popular market known as Urdu Bazaar. In terms of books, this market is one ‎of the oldest markets of Karachi and while the practice of reading books is facing ‎challenges across the globe in today's digital era, Urdu Bazaar is still a thriving hub for readers.‎

Students come to purchase workbooks and solved papers of every subject which are helpful for the examinations. 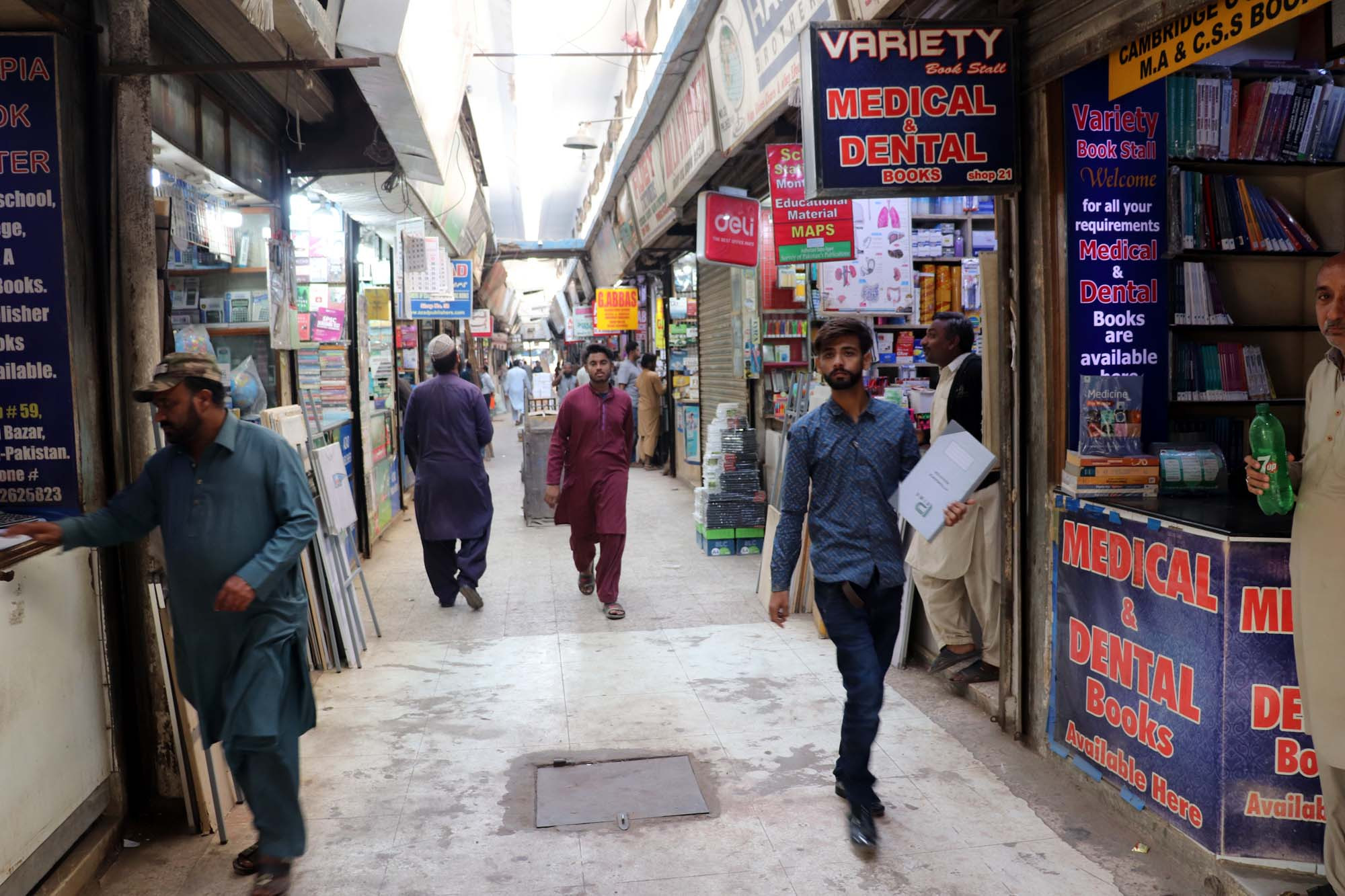 Urdu bazaar has almost 300 to 400 shops including dozens of stalls. Including these ‎shops there are book printing press and godown of books and notebooks and ‎stationeries. In the central of old Karachi the old residential buildings are also ‎converted in the shops and storage facitlities.‎

There are few shops of books open in different parts of Karachi city but there is no other such big and old bazar of new and old books such as Urdu Bazaar. Urdu Bazaar's Printing Press and different kinds of book shops play a huge role in all types of book fairs. They display their famous books and newly publish books and attract the readers for book reading.

Notebook printing and selling business has a huge capacity to earn the profit. There are dozens of shops, which sell and supply stocks of notebooks, diaries, journals, school/college registers and colouring books. Pens pencils, different colours file, papers and all kinds of items are also available for wholesale rates in this market.

Abdullah is the oldest shopkeeper of Urdu Bazaar. He spent his whole life selling books. He has ‎been conducting the business of Islamic books and stationery items for the last 58 years. His sons ‎and grandsons are also doing the same work alongside him.

According to Abdullah, the trend of reading Islamic books ‎is still present. Highlighting the history of Urdu Bazaar, he said that there were a few shops open ‎on Maulvi Abdul Haq Road near Federal Urdu University (old name Urdu College) then they were ‎removed from there and shifted to KMC Ground and from there, the local govt kmc shifted them to Lawrence ‎Road. After that time, at this bunder road, a few shops were built in the middle of residential buildings. 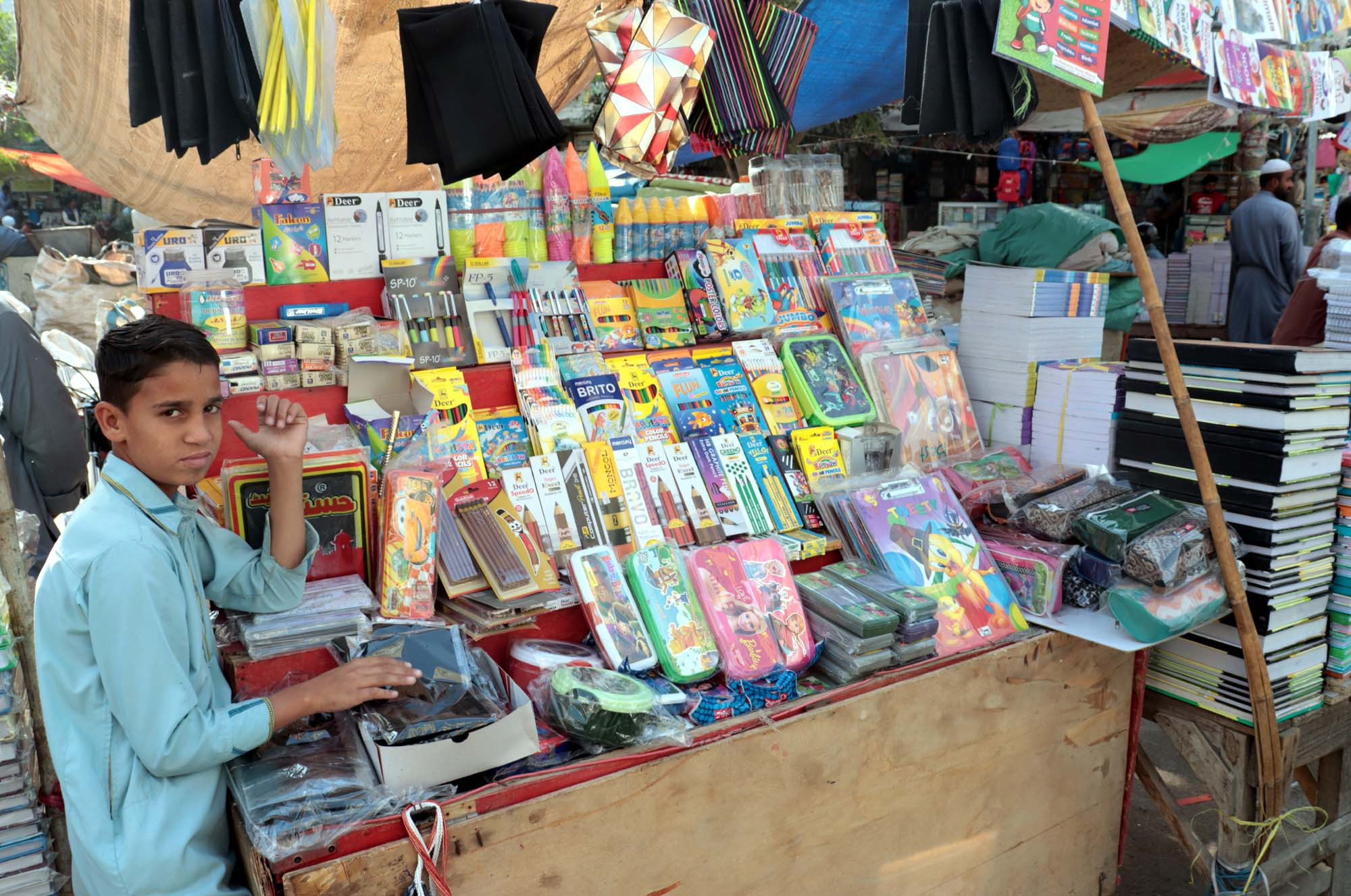 In this Urdu Bazaar, people chose to ‎open book shops. Abdullah bought this shop for a mere Rs 735 from KMC and began his business. He said that the population of Karachi increased thus the needs of books is also increasing with time. “People want to read so they come to purchase here. This ‎market has its own ancient status like other old bazaars in this metropolitan city of Karachi," he said.

Nasir, a wholesaler who sells stock of children's books in Urdu Bazaar, says, "We are the third ‎generation who are doing business here. My grandfather used to sell books here, then my father ‎continued his work and now I am running his business.”

“In the past we were used to sale general and ‎Islamic books. People do not have time to read, and high prices and inflation have also taken away the ‎love of reading books so we have finished that work and now for the last five years we have been selling ‎children's school books and other activity books,” he said.

Speaking on the archaeological and historical significance ‎of Urdu Bazaar he said that there is no substitute for this Urdu bazaar in Karachi as far as the sale of ‎books is concerned but with the passage of time, this market has been neglected. “Other markets and ‎shops are increasing day by day but this Urdu Bazaar is the only market not only in Karachi but in the ‎whole of Sindh,” he said.

Mohammad Nadeem has been selling old and used books in Karachi's Urdu Bazaar for the last 35 ‎years. He used to sell old books at a temporary stall but later these stalls were turned into shops ‎by KMC. New shops were added and the market expanded. “Here ‎we buy old school and college textbooks at a 25 per cent margin and sell them forward, ‎especially to poor students who do not have the purchasing power to buy new books. They prefer to buy ‎these old books to continue their education,” he said. “This market has been shining like this for the last several decades. People from Karachi, Hyderabad and ‎other cities of Sindh come here to buy their favorite books and notebooks and other stationary items,” he said.

Mohammad Sohail, has been running his shop with his father for the last 30 years. His father bought this shop and with ‎the name of Pakistan Bookshop in Karachi's Urdu Bazaar. “People come to the Urdu Bazaar ‎looking for old books. This business is still thriving in Urdu Bazaar,” he said. Sohail still remembers the older owners and workers of the book shops of the past in this market. “As business is on ‎rise the roads and traffic system of this bazaar is always heavy, we face traffic jam issue as well. ‎Despite the addition of shops in Urdu Bazaar, there is no regular maintenance system. Urdu Bazaar ‎does not have the level of road infrastructure and parking structure that it should have. There is no parking system and no space for pedestrian’s ‎due to the lot of stalls and patharas. There are few big sewerage lines and nallahs inside of the whole ‎market but there is no sanitation system,” he said.

Mohammad Naseem has also been trading stationery and children's books in Urdu ‎Bazaar for the last three decades. According to him, in this wholesale shop, the distributors and small shopkeepers buy all kinds of stationary items stock ‎from his shop. “When this Urdu bazaar was established, there were just very few ‎bazaars in Karachi at that time. This was the only Urdu bazaar at that era now in its ‎same brightness. “As the city grew so did the number of shops in Urdu Bazaar. ‎Now there are about 300 shops. Urdu Bazaar is the largest market not only for ‎books and copies but also for stationery,” he said. “This old bazaar of Karachi is also ‎important in this respect.” He recalled the old golden era of Karachi when there was ‎a tram system and horse carts were used to travel. Naseem fondly recalled the time, when all the streets and roads were airy and not congested with crowds as they are ‎nowadays.‎ 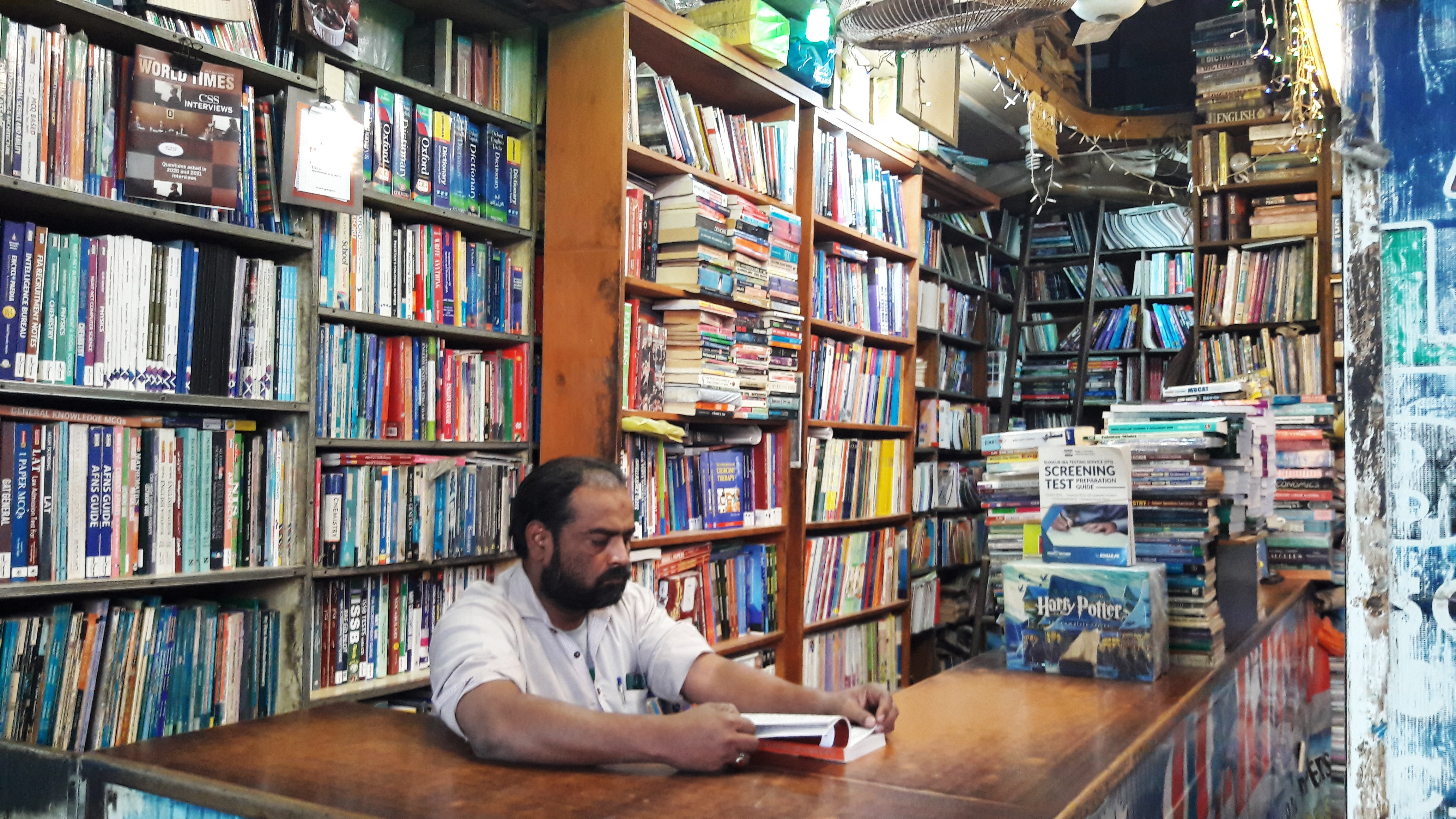 Usman Ghani Tahir, who has been selling books here for the last four decades, says ‎that his family has been involved in the book business since 1942 before the ‎partition, his family shop was at saddar market, and then they bought a separate shop in ‎this Urdu Bazaar for 40 years. Talking about the ancient Urdu Bazaar, he said that ‎instead of highlighting the importance of this market, a notice was issued to ‎demolish this market in 2019. The authorities said the reason was that this market was ‎located on a sewerage drain. More than two shops were destroyed and rebuilt due to ‎the gas leakage blast here in ’90s. According to Usman, there is no doubt that ‎this is the only market in Pakistan where you can find all kinds of books from all ‎over the world. Even if a book is not available, the shopkeeper will arrange for it.‎

Nazar Aftab, the owner of Maktab-e-Faridi, a popular Urdu shop in the bazaar, says that this ‎bazaar has its unique value and business of books is always bright here because ‎there are lot of publishers related to different cities who are running their business in ‎Karachi. Their publishing books sent from here by printing press. Books from ‎abroad are sold from here all over Pakistan and thus publishers get profit. “As the number of writers increases with time this urdu bazaar is extending," he said.

Jabbar sitting at the road near garbage dumping point and running his stall of old books where he repair and binding the used books and sale in good prices. “When kmc conducts their encroachment operations here, we remove our stalls from here and take off from work. After several days, we again sit here and continue our work because we have no other source of income without this stall,” he said. According to him, his shop and stall both are earning with their efforts and customers continue to come to these stalls for cheap prices in the era of inflation when everything has high prices.