The makeup artist, found by fans on social media, has an uncanny resemblance with the actor

Actor Hania Aamir’s fans recently found a social media user from Sweden with an uncanny resemblance to the actor, and the doppelganger is bound to make any fan of the starlet do a double-take!

A Sweden-based make-up artist, who goes by the username Shai Hulud on Instagram, looks exactly like the Titli actor, with the resemblance reaching the next level when compared with pictures from the actor’s fringe-sporting days.

A collage of pictures of the two posing for selfies quickly went viral as fans couldn’t help but marvel at the resemblance. The doppelganger was first discovered when a Twitter user shared pictures from the Swedish make-up artist’s Instagram account, captioning it, “Is this Hania Aamir from a parallel universe?!’

With fans making several edits and posting comparisons, the viral pictures quickly made their way to Sweden, and according to Aamir’s lookalike, this isn’t the first time. The make-up artist took to her Instagram stories to share the collage of her and Aamir, writing, “I get compared to this girl, like, 20 times a week,” paired with an upside-down smiley face. 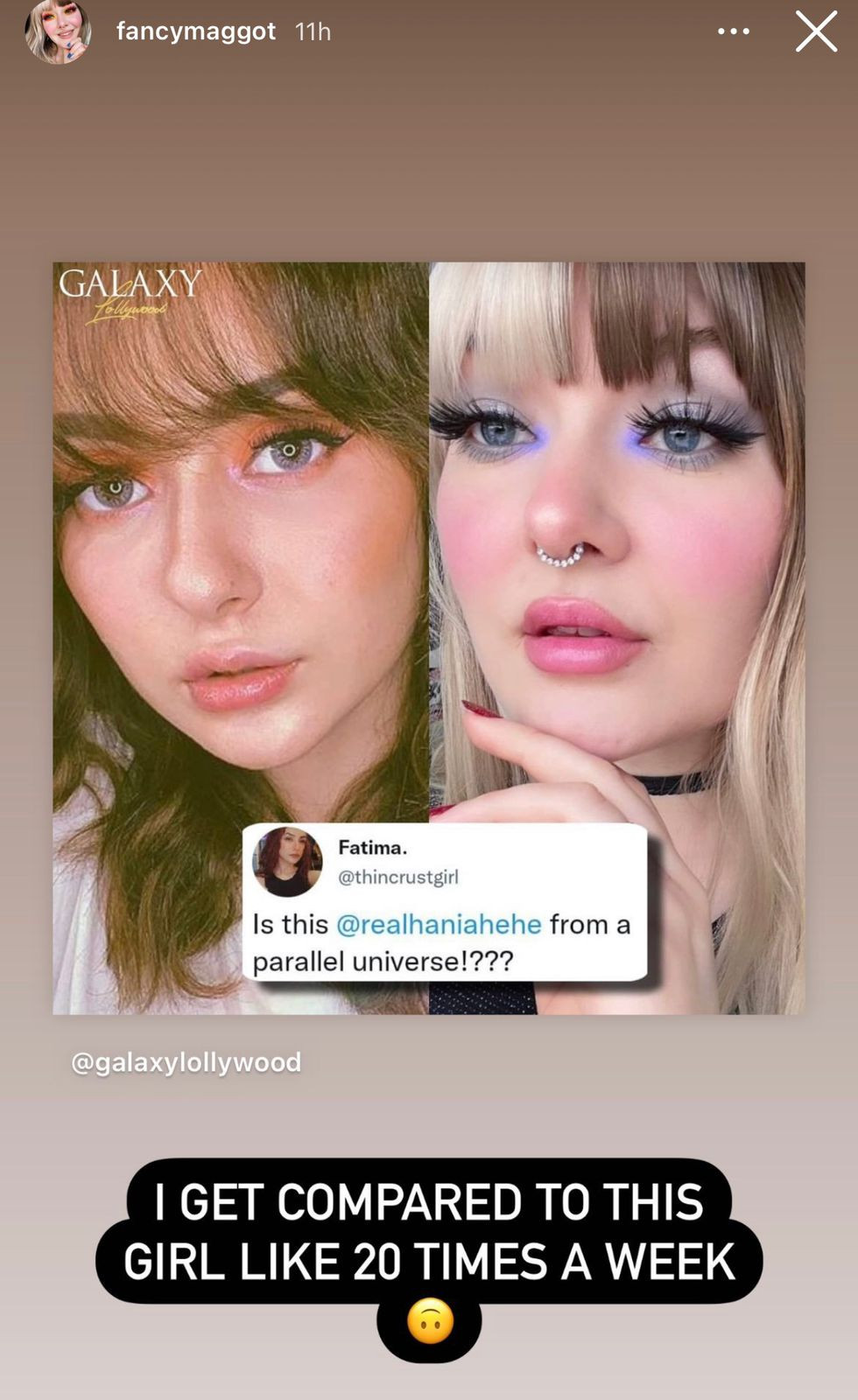 Aamir made her debut in the world of showbiz with Azfar Jafri’s Janaan in 2016. Ever since then, the 24-year-old actor has made a place for herself as a rising star in the industry with multiple small and big screen projects to her name. The actor has amassed a fairly solid fanbase, with Aamir’s relatable content and viral ‘burger’ TikTok reels becoming a mainstay of several social media pages.