Juve see off Salernitana, Atalanta close in on summit

Don’t manipulate my words for the sake of clickbait: Mashal Khan

Having made a name and ample space for himself in Pakistan’s music fraternity over the years, Asim Azhar is now set to release his first album, and we can’t help but wait. The singer, who’s been touring since the lockdowns lifted, made the announcement on his social media on Tuesday.

Sharing his excitement, the Jo Tu Na Mila crooner also dropped a teaser from the headlining song of his upcoming album and it sees Saba Qamar and Fahad Mustafa in all their glory.

Azhar, whose discography features the likes of Humraah, Ghalat Fehmi and Soneya, wrote in the caption: "Ladies and gentlemen, I have waited so long for this moment and finally — my first single from my first album [will be] releasing very soon!" he wrote in the caption.

Several have since been congratulating the singer in the comments section of his post. And to them, he replied: “Ap sab ke pyaar ka bohat shukriya (Thank you all for your love). I always want to be recognised for my work and that is what I'll always try to do. No matter how far people go with their actions, or try to stir up controversy to gain some attention, for me, my work will always come first.” 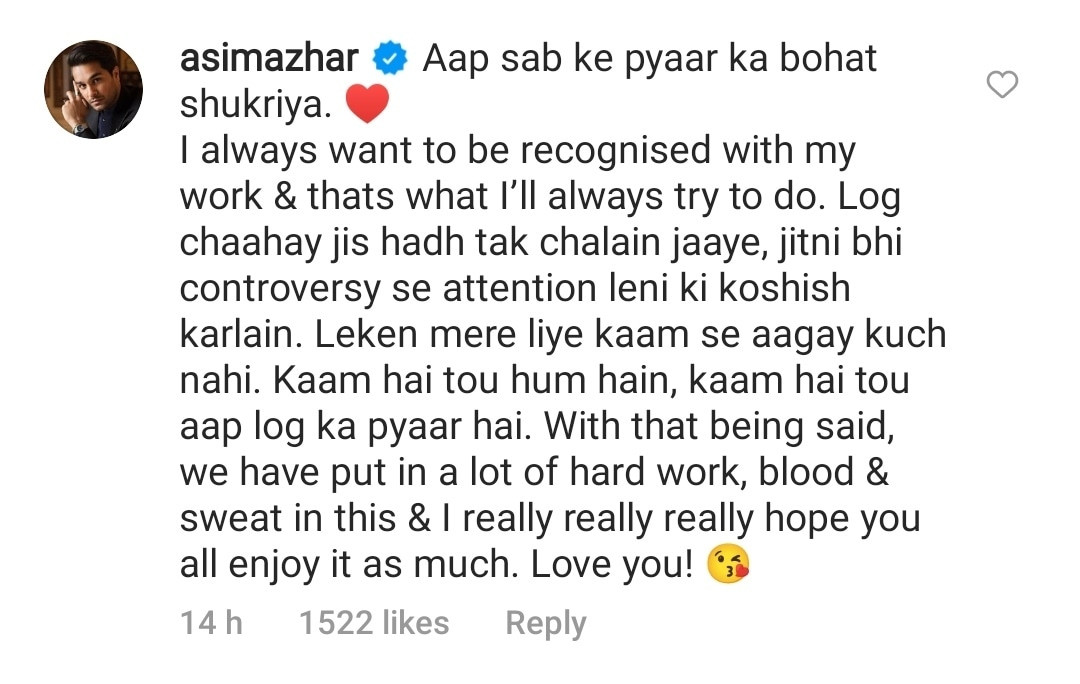 Presumably hinting at the conversations that followed his show on Sunday in Karachi, Azhar continued: “We exist because of the work we have to do. And we’re loved for the work we have done. So, with that being said, we have put in a lot of hard work, blood and sweat into this and I really hope you all enjoy it just as much. Love you!"

Musicians Talal Qureshi and Yasir Jaswal as well as actor Haroon Shahid and model Nadia Hussain commented on Azhar's post to express their excitement for the upcoming release.

The release of Azhar’s first album had to be delayed in 2019 because of the political tensions and suspended cultural exchange between India and Pakistan. Though the rift is rigid as ever, Azhar is gearing up to market his upcoming catalogue and from the look and sound of the teaser, we’re hoping it won’t disappoint.