Old school charm: PTV dramas of the past that shaped our present

To commemorate World TV Day, here’s looking back at the golden age of PTV that shaped our years to come.

Like the rest of the world, Pakistan observed World Television Day on November 21, which was declared by the United Nations in 1997 as a day to commemorate the usefulness of TV.

To mark the occasion, here’s presenting a list of masterpieces – assembled by Independent Urdu – that graced our TV screens during the golden age of PTV. Even on a low budget, these dramas captivated viewers with engrossing stories and an execution that helped inculcate a sense of responsibility in the society while establishing behaviours that should be deemed respectable and acceptable. 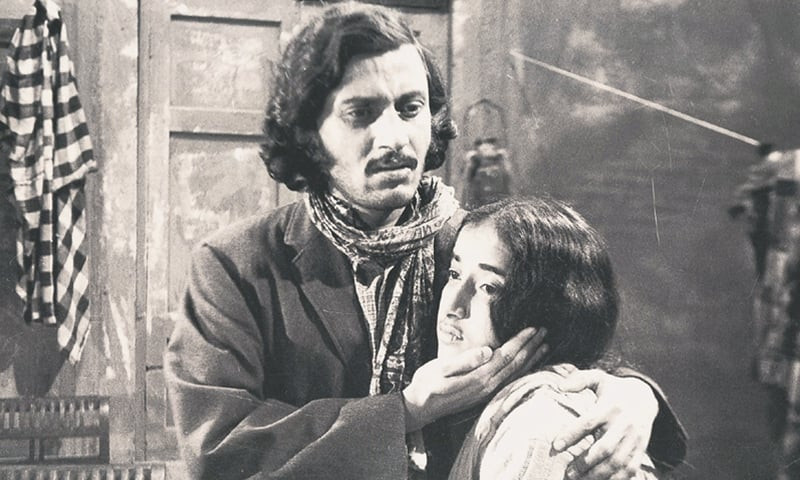 Written by Shaukat Siddiqui, the novel was first adapted into a play in 1969 and again in 1974.

Khuda ki Basti revolved around a poor but honourable family who settled in a slum after the establishment of Pakistan. It dealt with all kinds of social and economic problems of the time, while shedding light on the conspiracies of the people in power.

It gained immense popularity for highlighting the bitter realities of life, the helplessness of the weak, the exploitative attitudes of the powerful, the whims of the contractors of religion, and so on. The streets and bazaars would go empty while each episode of the show was aired and even while fixing the date of weddings, most people would ensure that their event would not clash with a Khuda ki Basti episode.

Those fortunate enough to watch the drama Waris during the time it was aired would remember how it bravely tackled the feudal system for which, it can be termed a masterpiece. Its strong script, written by the renowned poet Amjad Islam Amjad, and the grip of director Nusrat Thakur and Yawar Hayat presented the plight of those living under the feudal lords.

It also highlighted the enmity between the feudal lords, the internal quarrels of their influential families and the politics associated with the system they uphld till this day. And how can fans forget Chaudhry Hashmat, who was played by the late Mehboob Alam, while Firdous Jamal, Aurangzeb Leghari, Jamil Fakhri among others, who dubbed it the drama of their life.

The play, penned by the late Haseena Moin and directed by Sahira Kazmi, starred Rahat Kazmi opposite Marina Khan and made them the best on-screen duo of the time. According to Farrukh Kamrani, Moin knew the magic of captivating hearts and minds – a magic that grew between the early to late 80s. The power of Moin partly lay in her freshness, her lighthearted humour and her rather faithful depiction of the lives of Urdu speaking families of upper-middle class in 70s and early 80s with serials like Dhoop Kinare. 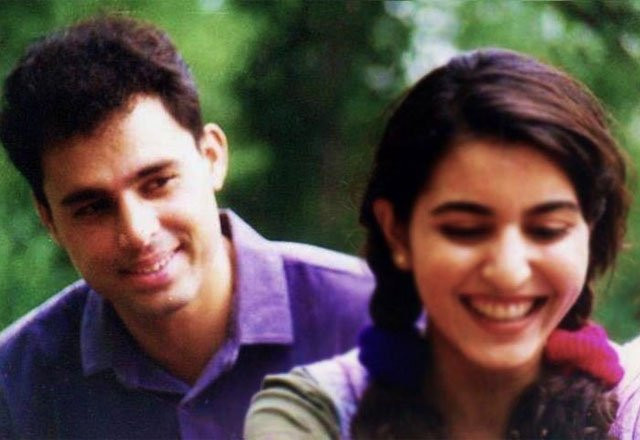 Shoaib Mansoor was the director of this very popular drama that was produced in collaboration with the Pakistan Army Public Relations Department in 1998. It told the story of three friends who went through various ups and downs of life together.

The serial’s Captain Kashif's desire to bid farewell to the army and Captain Faraz Ahmed's mischiefs will keep you hooked until the plot takes a serious turn. The romantic-comedy reflects the Pakistan Army's operational involvement in the Bosnian War and Siachen conflict.

Aired in 1982, Ankahi was another masterpiece penned by Moin and directed by Mansoor. It is remembered for its witty dialogues, not only in the Pakistan but across the border as well.

Tanhaiyaan’s star cast included Shehnaz Sheikh, Asif Raza Mir, Badr Khalil, Behroze Sabzwari and Marina Khan. Every actor in the play did full justice to their role and turned it into a masterpiece.

The play, once again written by Moin and directed by Shehzad Khalil, revolved around two sisters who lost their parents in an accident and faced the hardships of life together with their aunt. Going through the ups and downs, they came across several interesting characters who aided to their character development, keeping the viewers hooked till the end. 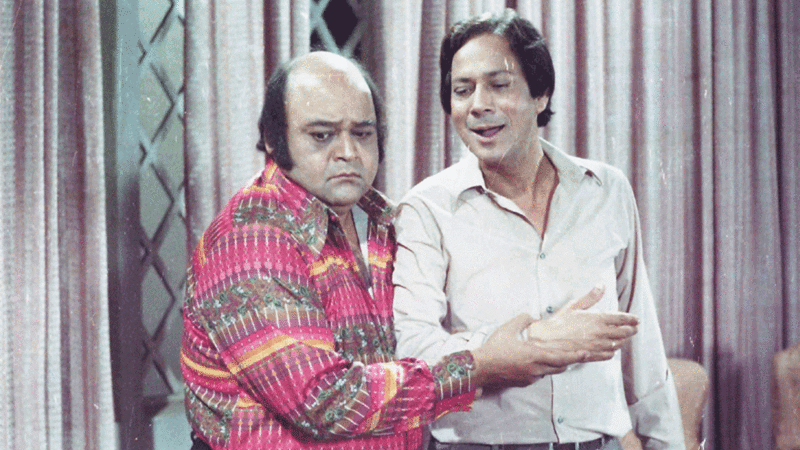 Alif Noon starred Rafi Khawar, who played Nanha and Kamal Ahmed Rizvi, who was also the show’s writer, as Allan. Anyone who has seen the serial cannot never forget it because of how it highlights the way naïveté is exploited in the professional sphere.

Weirdly, however, each episode of the play presented this evil in such a subtle and entertaining fashion, that from an English medium school to a builder's office, it showed how clever businessmen can employ innocent people to execute their immoral plans to earn fast money. 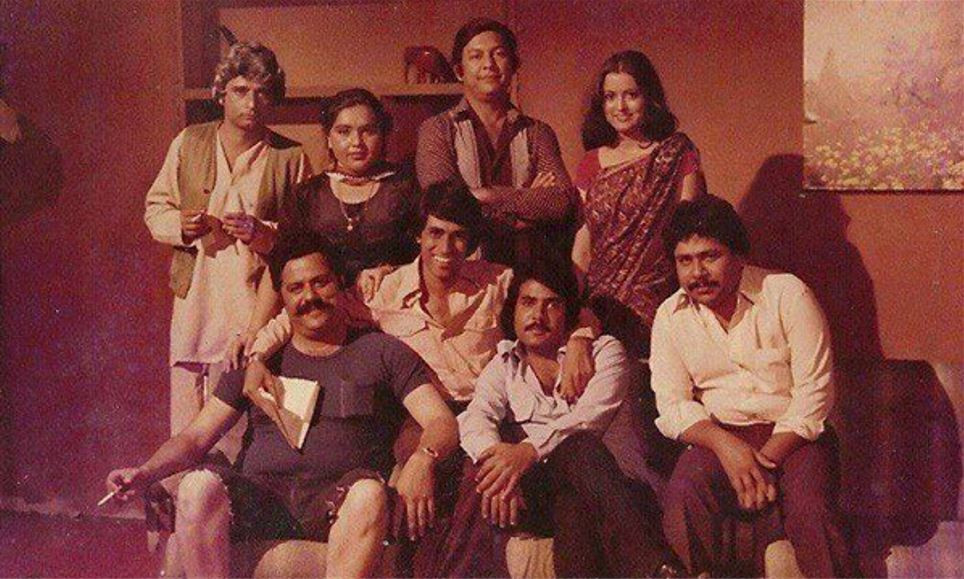 Fifty Fifty another masterpiece by Shoaib Mansoor was a comedy series that aired from 1978 to 1984, based loosely on the American comedy show Saturday Night Live. The programme was considered, by many critics, as one of the best television shows to be produced in Pakistan.

The roles of Ismail Tara, Majid Jahangir among others did not only present shock value to viewers for the time they were created in but also highlight the societal evils that continue to exist. Fifty Fifty came out under the military dictatorship of Zia-ul-Haq when there were multiple restrictions on PTV.

Aangan Terha was a satirical piece that aired in 1984. The show starred Salim Nasir, Shakeel, Arshad Mehmood, Durdana Butt and Bushra Ansari. It was directed by Qaiser Farooq and written by Anwar Maqsood. Full of humour, the play can be considered the biggest show of Anwar Maqsood's career.

Each episode of the show tackled multiple societal issues in such a humorous way that instead of coming off as offensive, they created social consciousness. The drama has been re-broadcast several times so far and every generation is captivated by its off-the-cuff messages.

While the play was created for children, it became popular even among adults for its amalgamation of reality with science fiction and magic. It presented the story of a Jinn (genie) Nestor, who is sent to earth after his eyesight becomes weak so he can be cured.

This TV serial was directed by Hafeez Tahir and written by the late Abdul Hameed who was popularly known as A Hameed.

Good old dramas of the good old days the writers actors were super and there was so much variety.