For conflict-ridden countries in the Third World, Helsinki accords serve as a model for peacefully resolving mistrust

The following is an excerpt from the book Helsinki Process in Europe: lessons for South Asia 1973-1991. The author is a professor of International Relations and former Dean Faculty of Social Sciences, University of Karachi.

No event has impacted on the paradigms of European Security in the post-Second World War era as significantly as the signing of the Helsinki accords on August 1, 1975. Europe, which from 1945-75 was a scene of cold war polemics and the conventional-nuclear buildup of the two superpowers, adopted a new security approach, which rejected historical, political and ideological cleavages and witnessed a new era of peace and cooperation. The post-Second World War borders, which were established at the historic Yalta conference of 1945, were legitimized and permanently endorsed at the Helsinki conference. From 1945-75, the European countries managed to avert the outbreak of wars but the nature of peace during that period was highly n fragile and dependent on the superpower conventional-nuclear deployment in Europe.

The European security dilemma in the context of pre-Helsinki process era can be examined in the dichotomy of post-Second World War predicament and superpower quest to maintain their political and military tutelage over the Continent. After years of hard work, planning and pursuing an innovative approach unresolved issues, the European countries recovered from the devastation of the Second World War and made concerted efforts to achieve two objectives: first, dismantling the walls of mistrust and suspicion between Eastern and Western parts of Europe and second to eradicate insecurity by unleashing the process of peace and cooperation under the framework of the Helsinki process. The vision to pursue the goal of united Europe became a fundamental pillar, which led to the signing of the Helsinki final accords.

It is pertinent to note that following the transformation of political order in Europe like the unilateral Soviet military withdrawal from the Warsaw Pact countries; dismantling of Communist regimes following the collapse of the Berlin wall in November 1990, the Helsinki process of peace and cooperation in Europe faced numerous challenges. In fact, the process of political changes in Eastern Europe and the Soviet Union following the policy of reforms unleashed by the Soviet leader Mikhail Gorbachev in 1986 namely ‘Perestroika’ and ‘Glasnost’ gave an impetus to human rights’ clauses present in the Helsinki final act. Political dissident and reformist groups encourage motivated and encouraged because of West pressure on Moscow and its allies to grant political and travel concessions as guaranteed in the Helsinki final act.

The Helsinki process began as a result of three important factors. First, awareness among the European countries, both neutral, Warsaw pact and NATO states to establish a conflict-free environment based on mutual confidence and trust. Europe, after passing through years of upheavals and armed conflicts felt it imperative to adopt a new security approach so as to eradicate areas of suspicions and discord and promote cooperate among countries with divergent social and political way of life. Second, France and Germany, which for decades possessed deep animosities and grudge against each other hand, signed the historic treaty of Friendship and Cooperation in 1963. Consequently, Franco-German détente paved the way for inter and intra- European dialogue on issues engulfing security, especially those related to confidence-building measures, troop reduction and arms control. Ideas to replace decades of hostilities, suspicions and mistrust were promoted by the Soviet leaders. More so, the framework of a European Security Conference was also presented by Moscow, present in the Helsinki Final Act.

From any standpoint, the two main objectives of the Helsinki accords were: first to legitimize the post-Second World War territorial status quo and second to develop security consensus in Europe by adopting confidence-building measures. The superpowers acted as a guarantor to that status quo which has now began to change in the backdrop of events in Eastern Europe and the Soviet Union. The assumptions which formed important ingredient of the Helsinki accords may now become irrelevant. Notwithstanding the recent developments and the forthcoming changes in Eastern Europe, the Helsinki framework of European security will not undergo a dramatic change except that the territorial and political division of Europe as agreed in that framework will exclude obligations to maintain status quo. The unification of Germany has come into a reality and the formal dismantling of Warsaw Pact shouldn’t surprise anyone. In this scenario, the role of Helsinki framework will be to replace the alliance system with CSCE and make proper readjustments in the Continent’s security framework.

Ironically, when changes in Eastern Europe are related to Helsinki’s emphasis on political and economic cooperation among the two poles of Europe and observance of human rights, Indo-Pakistan tug of war over the Kashmir dispute has negatively impacted on the process of peace in South Asia. If the termination of East-West rivalry and the demise of the ‘cold war’ can lead to predictable relaxation of tension, the flaring up of the Kashmir conflict may jeopardize hopes and efforts for tension and conflict free Indo-Pak relations. Given the situation, the Kashmir conflict in particular and other regional issues in general will be a test case for applying Helsinki model in South Asia.

For the crisis and conflict-ridden Third World countries, the Helsinki accords barring developments in Eastern Europe and far reaching changes in the European security system, will continue to serve as a model to be followed in overcoming centuries or decades of mistrust, suspicions peacefully. South Asia, as a sub-system of Asian political order can also attempt to follow the Helsinki model of security provided the regional countries agree to negotiate their conflicting security and political predicament.

Much has been said and written on measures to examine the theories of war and peace in the context of prevailing international system but marginal effort has been made to salvage humanity from the menace of war. South Asia, like other post-colonial regions of the world is also vulnerable to socio, economic and political disorders. The sub-system of South Asia has major structural weaknesses and given decades of sustained unresolved issues, the prospect of examining a pragmatic approach for a meaningful regional cooperation appears to be a remote possibility. Nevertheless, the accumulation of unresolved conflicts led to the outbreak of three major and two minor wars in South Asia. With a population of over one billion people and deeply entrenched in numerous socio, economic, ethnic, sectarian, religious and political issues, South Asia needs a break from decades of conflicts so that it can strive for peace and cooperation in the region. Yet, despite some serious endeavors to salvage the people of South Asia from impending disaster and catastrophe, no concrete proposal or plan has been presented by academic or non-academic circles to help resolve regional security issues and deal with such challenge accordingly. One may ask: Can the people of South Asia, representing one quarter of human race aspire to live a happy, secure, prosperous and peaceful life or will remain a victim of issues which degenerate human progress and development? 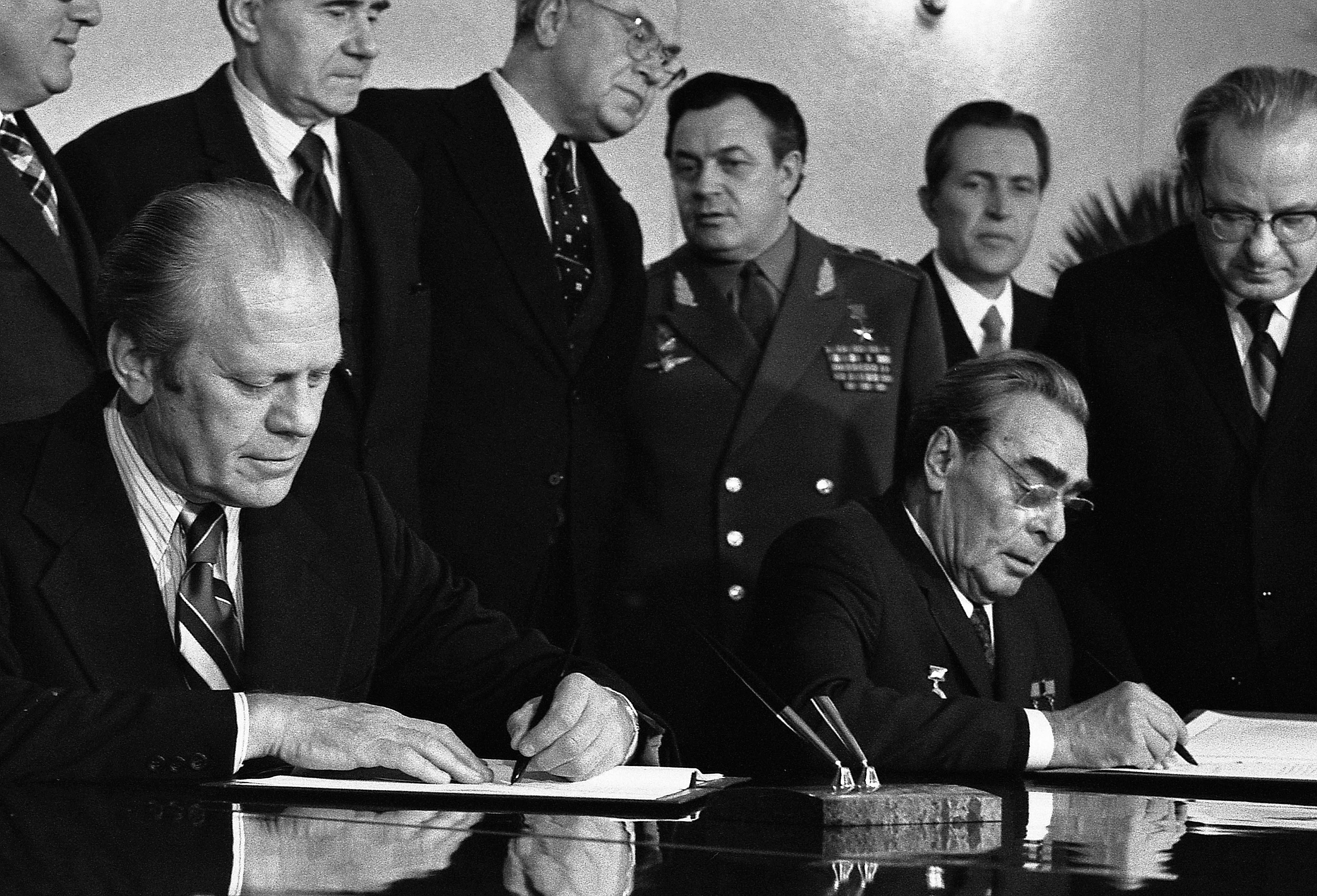 It goes without saying that the military and security establishment of South Asia are not mindful of arms race and meager spending on improving the quality of lives of 1.6 billion people of the region. Exploiting and manipulating religious, sectarian, communal, ethnic and social discords, those at the helm of affairs in South Asia presented a deceptive picture of security and pursued the narrative like ‘ideology’ ‘safe frontiers’ ‘fear’ ‘suspicion’ and ‘aggression.’ Seen in this background, one may ask: is there any justification for the governments of South Asia, particularly of India and Pakistan to spend billions of dollars on conventional and nuclear arms race while compromising on the issues of human security?

From any standpoint, the Helsinki Final Act committed all 35 signatories to ten principles of behavior and a large number of cooperation endeavors relating to military, security, economy, science & technology, environment, human contacts, information, culture and education. Principle VII of the Helsinki Final Act maintained that “if the Communist rulers want to have good relations with the West they must learn to treat their own people directly. According to a Western analyst, the Helsinki Conference was primarily Brezhnev’s idea. He wanted to have a peace conference which would recognize the Soviet domination of Eastern Europe and establish the “immutability” of all the Iron Curtain dividing East and West. Undoubtedly, the spirit of Helsinki accentuated hopes of a Europeans for a bright future, for a world without wars and for the assertion of cooperation among states.

The world welcomed the Helsinki accords with expectations and jubilation as a long term program to turn Europe into a Zone of Peace and Cooperation. The Conference ushered in new era of détente. It was pointed out by the former Soviet leader Leonid Brezhnev that the Helsinki Final Act, like the UN Charter, facilities the desire of humanity to new, higher levels in international relations. According to Brezhnev the Helsinki document can be compared with an effective breakwater countering all that undermines the foundations of détente. Therefore, the Helsinki accords became a model for all those countries where intra-regional disputes and conflicts had precluded efforts for peace and harmony.

Regardless of political changes in Europe following the collapse of Berlin Wall, the South Asian approach to power and security has remained unchanged because of following reasons. First, lack of political will and determination among those who are at helm of affairs in South Asia. Second, Failure to give preference to human security which was not the case in the Helsinki process in Europe. Third, lack of institutional measures in South Asia to develop consensus on the matters of power and security as both were seen representing the interests of governing elites rather taking care of the interests of people. Fourth, absence of pragmatic and realistic approach pursued by the regimes in South Asia to learn lessons from the Helsinki process in Europe.

In the follow-up conferences of the Helsinki accords, both sides reviewed progress in the implementation of Helsinki Final Act. With the passage of time, minor irritants and complaints were removed and the signatories began to concentrate on resolving major security issues like agreement on the limitation of conventional weapons under the framework of Mutual Balanced Force Reduction Talks, chemical weapons, medium range missiles, shorter range missiles and verification procedures.

The Helsinki process has reached its logical conclusion if viewed in the context of changes in Europe following the collapse of the Berlin Wall, dismantling of the Warsaw Pact and disintegration of the Soviet Union. In 1973 when the Helsinki negotiations began among 35 countries of Europe and North America, the protagonists of ‘United Europe’ aspired to resolve political and security issues through negotiations and dialogue. The United States and the Soviet Union as the two major nuclear powers agreed to join hands with the European countries for institutionalizing the process of peace and cooperation. It was an uphill task given decades of suspicions, ill-will, mistrust and paranoia present among various European countries, the cold war polemics and the conventional-nuclear buildup of Washington and Moscow.

The applicability of Helsinki model in South Asia is however an uphill task because of structural contradictions between Europe and South Asia. The failure of SAARC to take off and sustained Indo-Pak standoff on their unresolved issues prevented South Asia to deepen and institutionalize the process of regional cooperation in the region. How can Helsinki model be applicable in South Asia when the requirements of regional cooperation are not fulfilled? For a proper security understanding among the South Asian countries, cooperation in economic, political and cultural fields is imperative. In case of Europe, the Helsinki process reached its logical conclusion only when all the European countries, along with the United States and the Soviet Union, agreed to remove impediments which for decades had prevented real cooperation in Europe. All four baskets of the Helsinki Final Act contained plans and proposals for effective and meaningful cooperation among the European countries, regardless of their political and social systems.