'Sardar Udham' Review: Brilliant but unlikely film to come out of Modi's India

The film, staring Vicky Kaushal as Udham Singh, is symbolic of a rebellion that continues to rage on

In early October, a jeep sped through farmers protesting a new set of damaging agricultural laws in the Lakhimpur Kheri district of Uttar Pradesh, India. The jeep that ran over the protestors, killing four farmers, was allegedly part of the convoy of the son of Ajay Mishra, Indian Prime Minister Narendra Modi’s junior minister of home affairs. In a separate incident preceding the attack, Mishra threatened the protesting farmers in a speech, warning them to “behave” or face the consequences, emphasising that it would “take just two minutes” to teach them a lesson. Modi, in an uncharacteristic move, stayed rather silent. However, in keeping with the revolutionary spirit, the calls for repeal grew louder.

History is burdened with the curse of repetition, but its greatest pitfall often manifests as its only saving grace. While watching Shoojit Sircar’s Sardar Udham, based on the life of the revolutionary figure Udham Singh radicalised by the massacre of Indians staging a peaceful sit-in at Amritsar’s Jallianwala Bagh in 1919, the parallels between the India of the late 20th century, on the brink of independence, and the BJP-ruled India of today, are difficult to ignore. Thus, the film, in more ways than one, presents itself as an unlikely but much-needed product of a Bollywood often overruled by the demands of a right-wing, Hindu nationalist party.

Sardar Udham follows the story of the assassination of the governor-general of Punjab at the time of the Jallianwala Bagh massacre, Michael O’Dwyer, in 1940 at the hands of Udham Singh, played masterfully by Vicky Kaushal in a performance that may be the best of his career so far. A symbol of India’s struggle for freedom, and a contemporary of the iconic revolutionary Bhagat Singh, played by Anmol Parashar in the film, Udham’s tale is one of an act of protest two decades in the making. While the historical accuracy of the film can be put into question, given the mystery surrounding the figure of Udham Singh, as well as the complicated place he holds in an India often divided on the grounds of religious nationalism, the film succeeds in portraying him as what he is most often accepted as: A symbol of rebellion and revolution. 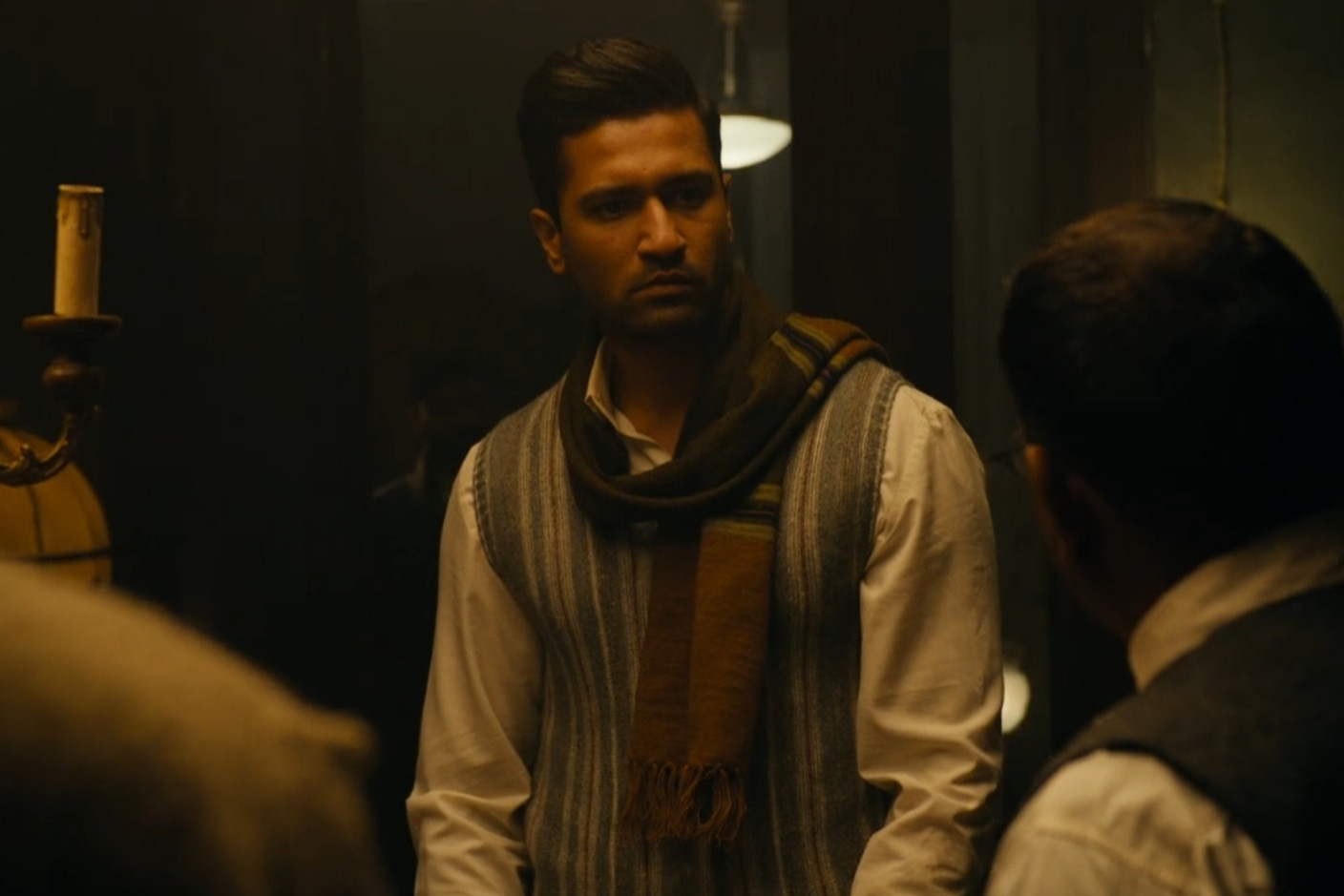 Udham was sentenced to death for his actions and was hanged to death on July 31. The revolutionary’s death anniversary was celebrated this year by protesting farmers across India, marking it as ‘Anti-Imperialism Day’. In one particular scene, Bhagat Singh, whose friendship with Udham is one of the central themes of the film, writing to his comrades while awaiting the death penalty in jail, calls for the welfare of farmers, workers and students across the world, united in a struggle against oppressive forces.

The revolutionary, who was executed in 1931, and his message of rebellion continues to echo through crowds of protesting farmers today. Bhagat’s ties to the struggle of farmers is a generational one, with the freedom fighter’s father Kishan Singh leading the rebellion against British laws that negatively affected the ownership of land by peasants in 1907. The film makes no attempts to make Bhagat’s radical leftist approach palatable to a right-wing audience, and the explicit reference to farmers feels too weighted to be placed in the script by accident. 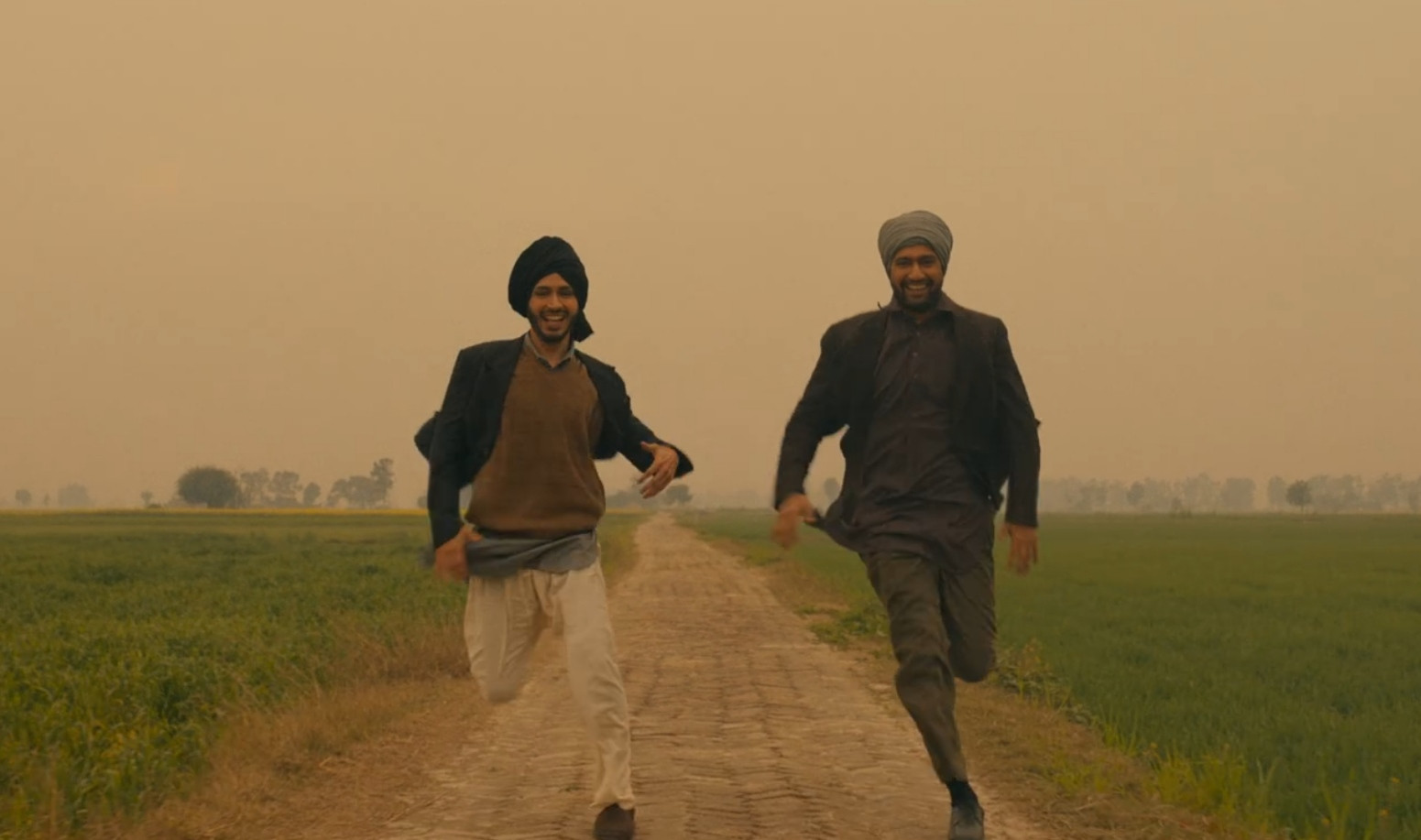 Udham, while evading British forces, chose the alias Ram Mohammed Singh Azad. The connotations are obvious, a symbol of unity between the Hindu, Muslim and Sikh, as well as their collective struggle for freedom. The revolutionary, for all interests and purposes, is a secular figure, despite his Sikh lineage. This aspect of his character becomes glaringly obvious in the scene where he chooses to take oath on a copy of Waris Shah’s Heer Ranjha, as opposed to any religious scripture.

Sardar Udham thus feels far more symbolic of a bygone era of Nehruvian politics marked by its socialist undertones, as opposed to the hyper-religious India of today where artists are often hounded for their Muslim identity. “The ideology should be honest and fair, otherwise the freedom you will get in return will be much more frightening than the slavery you are faced with right now,” writes Bhagat in his letter from jail. The ‘freedom’ of the post-partition Indian subcontinent remains questionable at best.

The portrayal of the 1919 massacre is saved for the final leg of the film, presenting a recreation of the entire incident, from General Reginald Dyer’s command to open fire on protesters without warning, all the way down to the frantic search for life in a field of dead bodies in the bagh. The harrowing sequence is not an easy watch and feels like it goes on for far too long. However, Sardar Udham does not aim for watchability. The drawn-out sequence is long enough to make the audience shift in their seat uncomfortably, simply because the film is not meant to be a comfortable watch.

Kaushal enters the scene as a lanky young man without a care in the world, the sequence serving as the painful process of the birth of a revolutionary. The actor’s ability to embody the grief his character experiences lends the film a realness that makes it increasingly difficult to reach the end, and his back and forth journey pushing a cart loaded with barely breathing bodies is enough to shake most viewers out of their political stupor.

Sardar Udham takes the intergenerational trauma relegated to textbooks and footnotes in official British documents and presents it on screen as what it truly was. It serves as a stark reminder of a painfully long night, the darkness of which lingers on to this day. The fight for freedom transcends the borders of time and space. “This is now a fight for those who died. And those who are living, this is a fight for us until we die,” asserted the son of a 62-year-old victim. This time, a farmer crushed under the wheels of a jeep instead of being riddled with bullets, a century after the massacre at Jallianwala Bagh.