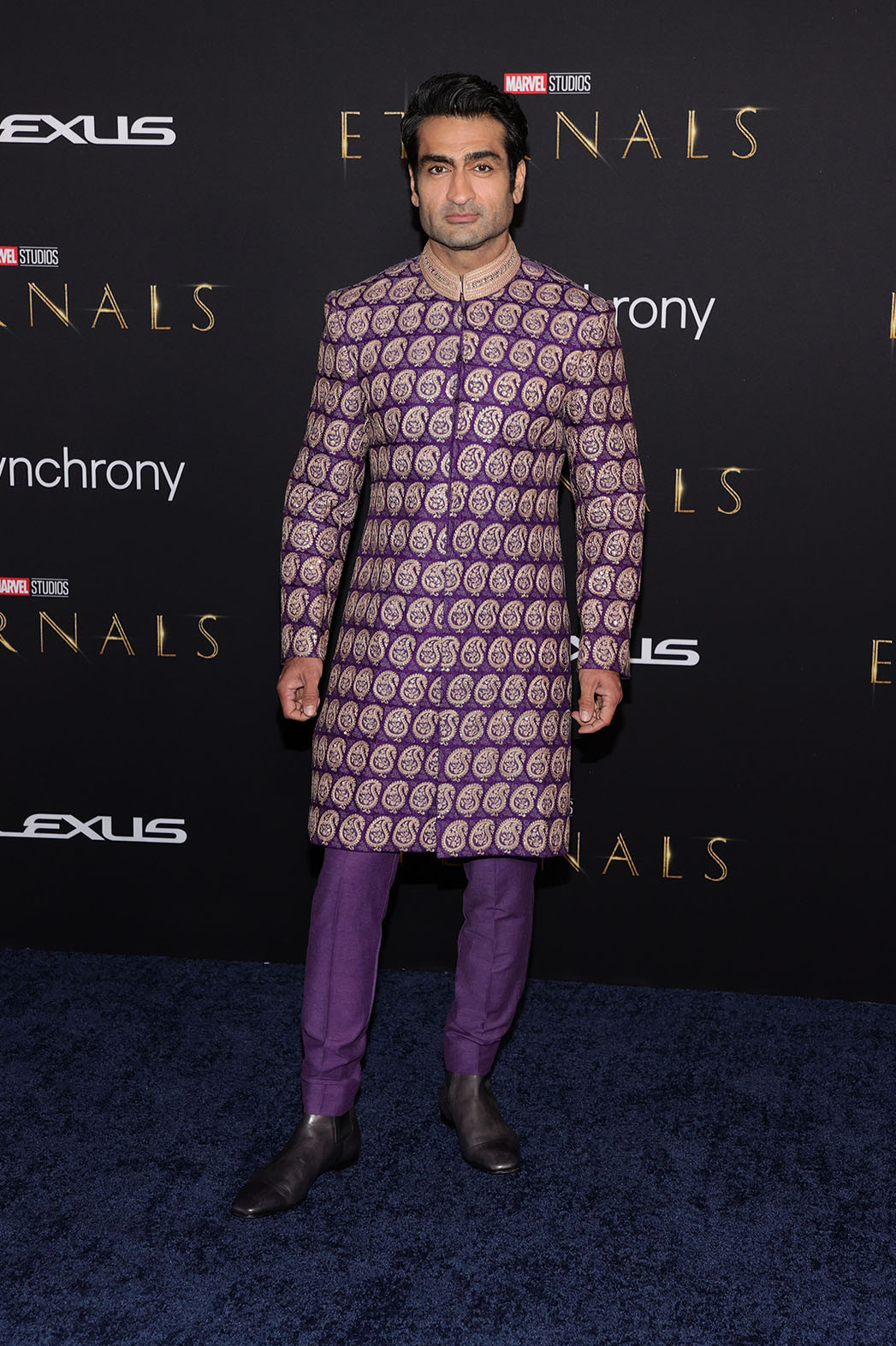 Speaking of why he chose to wear sherwani instead of a traditional suit, the Big Sick star told The Hollywood Reporter, "I wanted to wear a Sherwani because 1. They look awesome and 2. My costume in the film always reminded me of Sherwanis. And I wanted to use a designer in Pakistan, not just a Pakistani designer in the US So I called my mom, she gave me names of three amazing designers in Pakistan.” 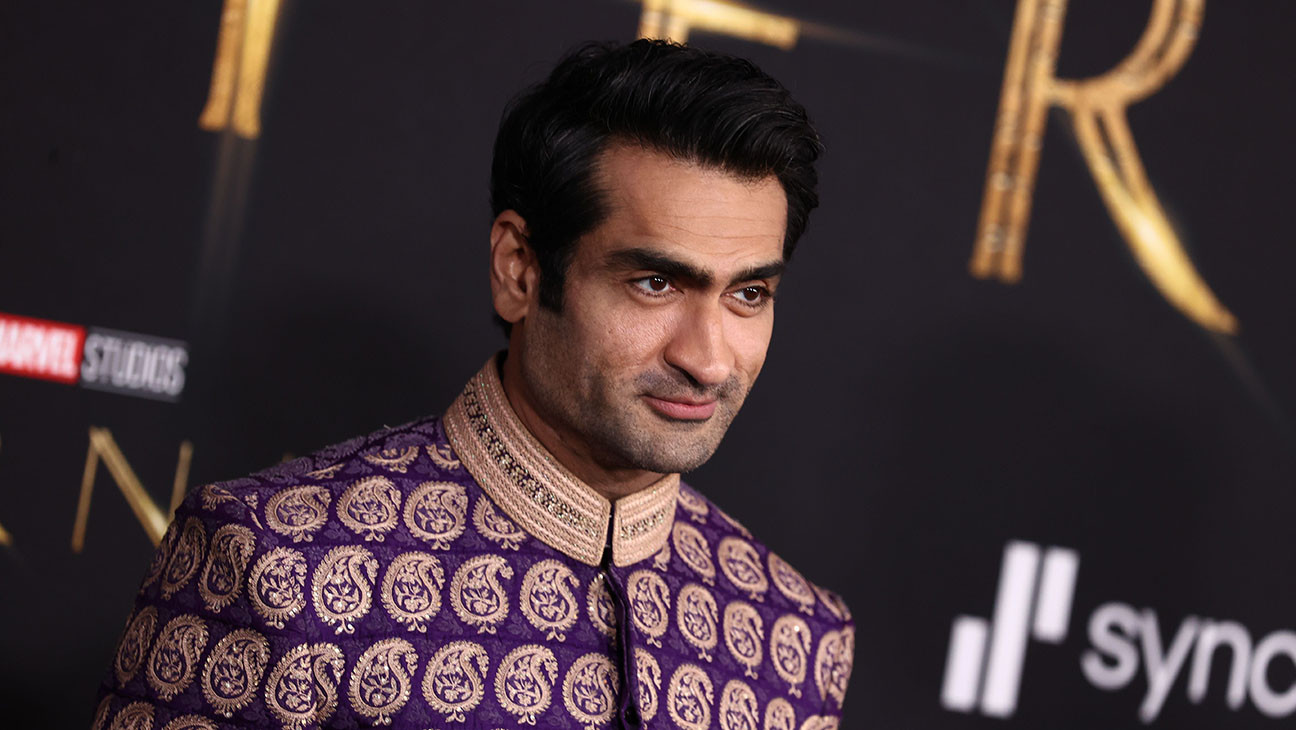 He added, “I wanted the colors to be similar to my costume colors, and purple and gold are a beautiful combination. The paisley pattern is very traditional as well.” 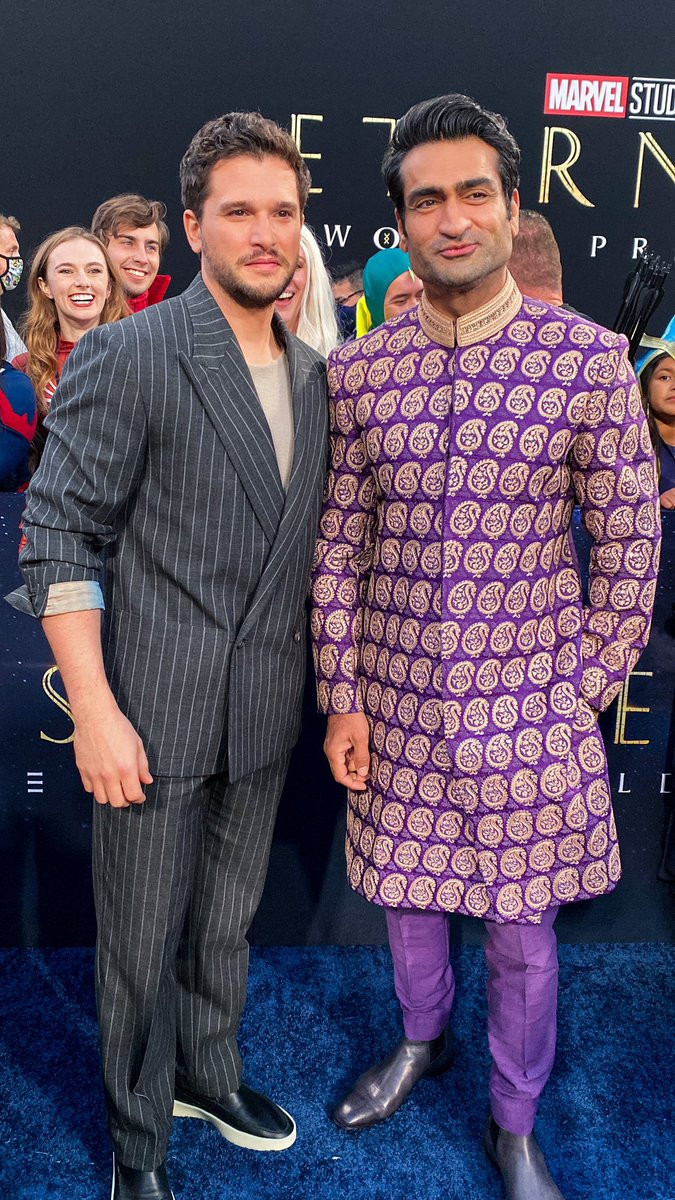 His stylist, Jeanne Yang then found Umar Sayeed via Instagram and sent him a message about making Nanjiani's sherwani. “They hand-beaded this beautiful paisley pattern in the front and they did this beautiful pattern on the back with gold thread. They made it to his exact measurements. We only had to do a few minor adjustments," Yang told the publication.

“It was wonderful for Kumail to have this gorgeous handmade piece for this special event, his first Marvel film,” she continues, “It’s really nice that he’s able to wear something that is a traditional piece of wardrobe. I love that he has an appreciation for where he comes from.” 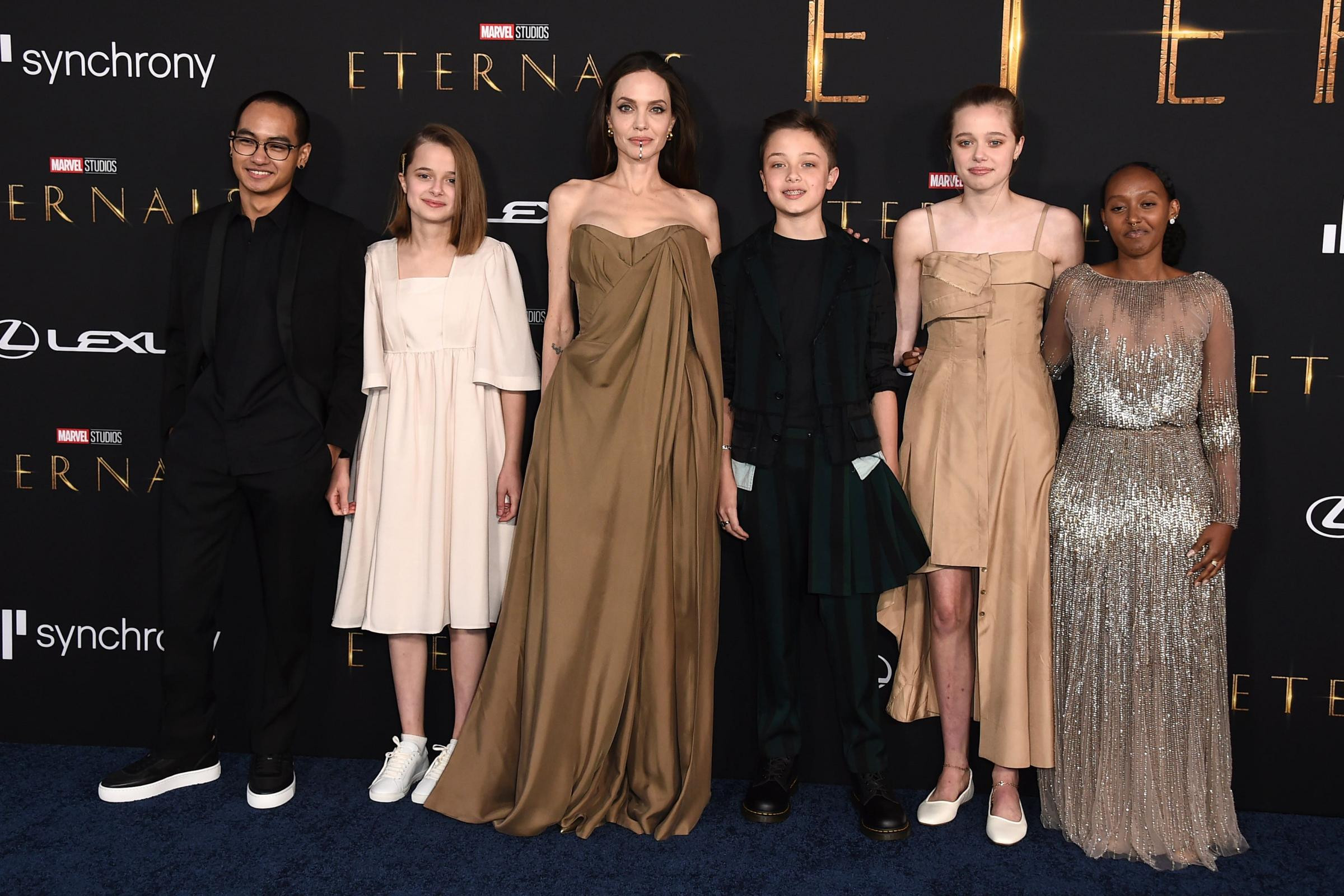 Apart from Kumail, Jolie walked the red carpet in an olive green floor-length, strapless gown while her kids wore vintage dresses, including one of her daughters, Zahara, 16, wore her 2014 Oscars silver embellished gown. 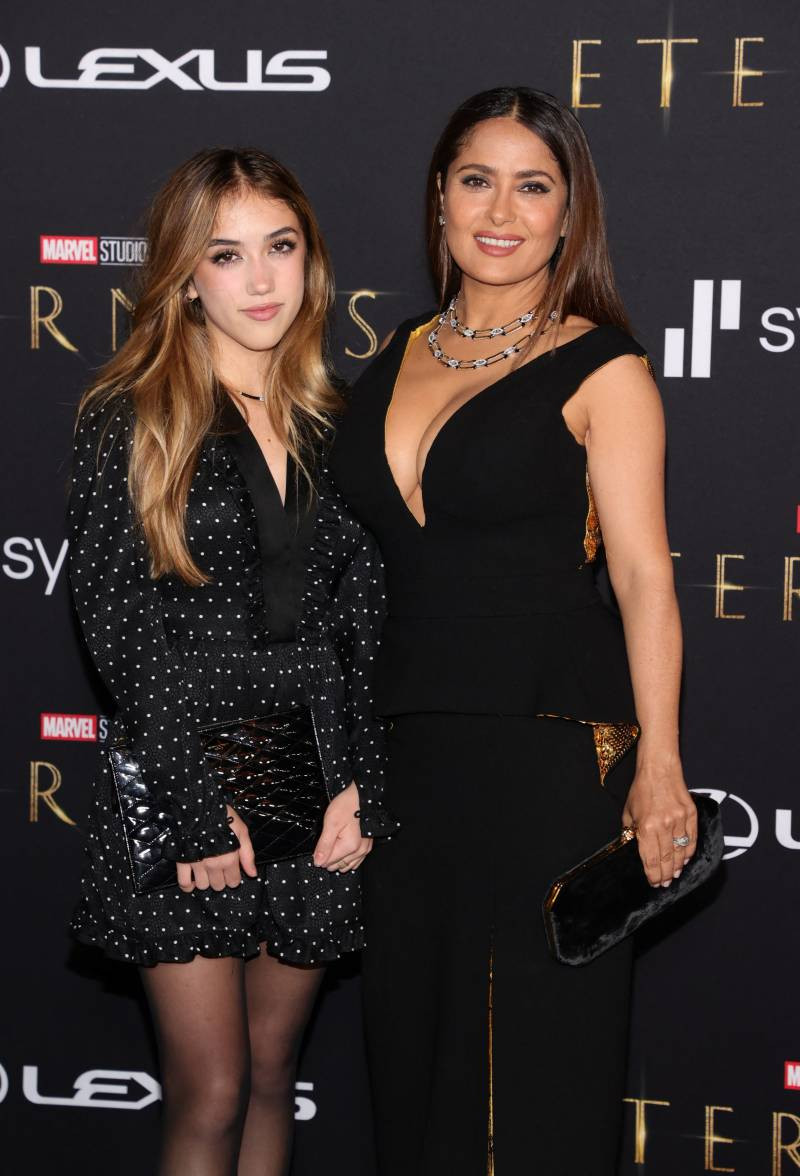 Madden looked suave in a dark velvet tux while Harington kept it simple in a striped grey suit. Hayek looked breathtaking in a black, Gucci gown with a plunging neckline, with a side-slit that showed off the dress's gold under-layer. Eternals will release next month on Nov 5.