Cinemas to reopen across the country from today

Malala congratulates Adele on the release of her new single

If there’s one thing for sure, it’s that Malala Yousufzai has quite a few A-list celebrity friends. The Nobel Prize laureate recently posted a picture with singer Adele to her Instagram story to celebrate the launch of her latest single Easy On Me. Malala wrote, “Congratulations, Adele!” pairing it with several heart emojis. 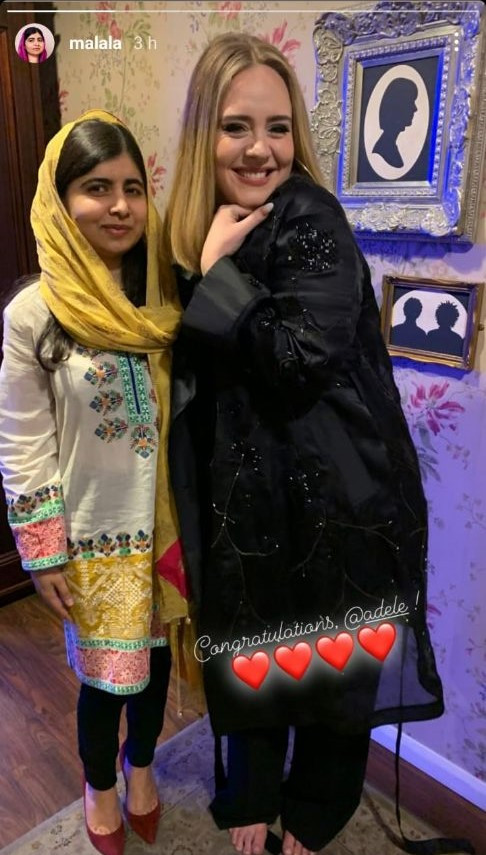 The picture is from Michelle Obama’s 2019 book launch, where Malala met with many renowned celebrities, also including television host Stephen Colbert and RuPaul.

Malala had previously posted the picture with Adele on her Instagram, along with others, captioning the post, My friend Vee Kavithu and I enjoyed hearing Michelle Obama talk about her book Becoming in London! I am grateful she continues to advocate for girls’ education and opportunities for young women. I also saw some old friends (Stephen Colbert) and made a few new ones (RuPaul and Adele).”

British songstress Adele made her highly-anticipated music comeback on Friday, releasing her first new record since her 2015 Grammy award-winning album 25.

The 33-year-old, known for her ballads about break-ups and regrets, had teased the new single Easy On Me last week with a short video clip. The song is the first to be released from her upcoming fourth album 30, out in November.