Keeping it in the family

House of Secrets has been trending on Twitter in Pakistan and India since it was released on Netflix on Oct 8. It has sparked important conversations about mental illness, South Asian family structures and the blurred lines between blind faith and delusion. The show is based on the spine-chilling event that sent shockwaves across India when a family of 11 people were found hanging from the ceiling of their house in the Burari neighbourhood of Delhi in July 2018.

The incident wiped out three generations of the family — ranging in age from 77 years old to the youngest being 15 years old — who were found blindfolded and gagged with their hands tied behind their backs. Later on, the police found diaries which included instructions for them to replicate a ritual which required them to hang like roots of a banyan tree, in a bid to attain salvation. The authorities have ruled out foul play but jury is still out on whether these can be called accidental deaths or mass suicide.

What drove 11 people to commit accidental suicide? According to the docuseries, it was the untreated psychosis of Lalit Bhatia — the youngest son of Narayani Devi. Lalit started showing bizarre behaviour after the death of his father which deeply affected him. He also suffered a serious head injury and a near-death incident, the trauma of which led him to lose his voice. And yet, his PTSD was never recognised, left untreated and dealt as a family secret.

In a telling bit in the series, one of Lalit’s friends reveals how Lalit’s mother asked him not to discuss this traumatic episode with him. This culture of sweeping things under the rug is emblematic of South Asian culture’s fixation with presenting a picture-perfect family image. Psychological problems are perceived as an indelible taint on this image. Parochial attitudes towards mental health and the hallowed private sphere of family means that mental health issues within a family are viewed as a dirty secret, to be hidden from prying eyes. This is probably why despite exhibiting clear signs of delusions, the youngest Bhatia was able to fill the void left by the family patriarch after claiming that he heard the voice of his dead father.

Obsolete power structures and family dynamics in our South Asian cultures are also at fault, since they demand unquestioning obedience to the family head who is granted complete control over each member of the family. Lalit claimed to be the medium of his dead father’s commands, which gave him more leverage to act as the family head, a position he used to manipulate his entire family. The police recovered 11 diaries from the home that had instructions on how to lead their lives that Lalit had dictated on his father’s orders. It remains a perplexing fact how ten high functioning adults, some of them highly educated and one working at a MNC, blindly trusted one man to control the reins of their lives. A psychological autospy offers clues.

A folly of two

The term folie à deux, coined in France in 1877, literally translates to 'folly of two', or 'madness [shared] by two'. This transference of delusions however is not limited to two people but can involve multiple people within the same delusional set of beliefs.

When the term folie à deux was first introduced by Laségue and Falret, they posited three criteria that were part of the condition; within a pair, a more active and intelligent individual imposes delusions onto a more passive, less intelligent individual; both individuals suffering from the delusions live together closely without any external influence; and the delusions have some degree of likelihood referencing ‘common experience, hopes, and anxieties’.

This phenomenon has been observed in cults when the leader is psychotic. Social scientists refer to such instances as cases of mass madness, psychosis of association, double insanity, and induced or imposed psychosis.This disorder is currently listed in DSM-V under the ‘Other Specified Schizophrenia Spectrum and Other Psychotic Disorder’ category as “delusional symptoms in the partner of an individual with delusional disorder.” 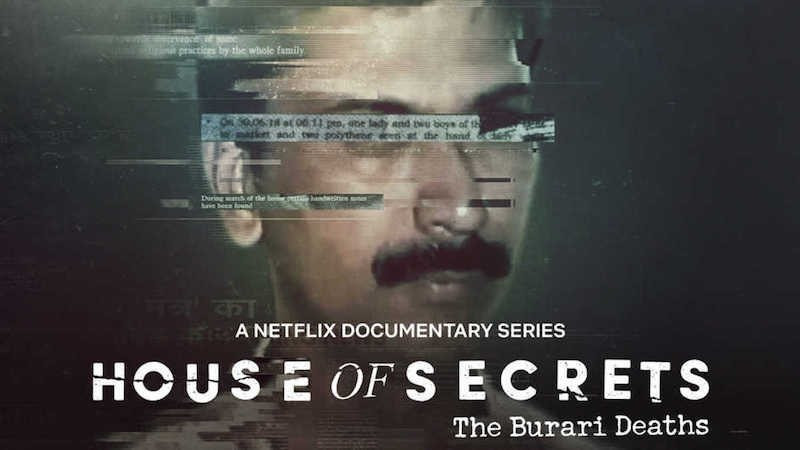 In cults, the leader usually has to to accomplish an extraordinary feat that transcends mortal expectations to gain the veneration of his subordinates. In Lalit’s case,this instance could have been when he regained his voice chanting during a religious family ceremony. That cemented his place as the leader who will guide them towards salvation.

It is crucial to understand the difference between genuine spirituality and excessive religiosity. Religion plays a significant role in coping with serious mental illness and can act as a protective factor for at-risk individuals and for recovery for many patients. However, hyper religiosity has also been clinically seen as a common occurrence in psychotic disorders.

It is still baffling to realize that ten people agreed to drink the Kool Aid, so to speak. The origins of this now colloquial American phrase are rooted in tragedy.

Dubbed as The Jonestown Massacre, this incident involved the mass suicide of more than 900 people, all of them members of an American cult called Peoples Temple. Jim Jones, the cult leader, made his followers take Valium laced fruit cocktail in what he labeled a "revolutionary act." Cult members were made to poison their young children first, then themselves. That horrifying event also ignited conversations regarding circumstances that catapulted clearly psychotic individuals to the rank of a leader. In Jones case, the reasons can be atributed to his charismatic persona, the fact that he staged fake “cancer healings” to garner followers and compared himself to Jesus Christ.

Research done on collective psychosis identify two confounding factors. One is that affected individuals rarely bring themselves to clinical attention because they do not recognise a problem. Another is social isolation, which often plays an integral role in the development of shared psychotic beliefs. In the Burari Deaths, the curious factor was that in essence, the family was not isolated. They were a gregarious bunch who seem to have had extremely cordial relationships with their neighbours and extended family members. Or so it seems.

As is usual in many South Asian households, no matter how sociable a family is or how inviting they might appear to outsiders, the idea that blood is thicker than water runs deep and is tacitly acknowledged and blindly adhered to by all generations. This ensures a certain level of isolation for the family, an insularity which can be used by manipulative family members to their advantage. Additionally, research has revealed that Asian families place a person’s value, specially that of men, on their ability to take care of your family and community. Hence, mental illness is seen as rendering a person incapable of doing and so is perceived as being a source of ultimate shame. This rings true in Lalit’s case and might explain why his delusional behaviour was shrouded in secrecy.

House of Secrets depict how mental illness goes beyond an individual. Leaving it untreated due to shame or societal norms can have devastating, or as in this case, fatal consequences.

(Rabeea Saleem is a clinical associate psychologist and freelance journalist. She can be reached at [email protected])