FATA operations — why a cut-off point?

FATA operations — why a cut-off point?

This is in respon­se to Syed Talat Hussai­n’s articl­e of June 21 titled ‘Back to the old drawin­g board?’.
By Khalid Munir
Published: June 24, 2010
Tweet Email 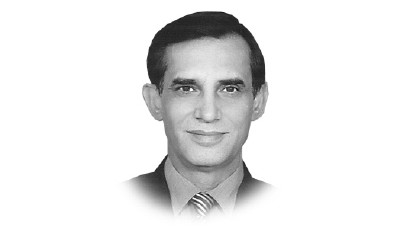 The writer is a retired officer who served in Fata and Khyber-Pakhtunkhwa (khalid.munir@tribune.com.pk)

This is in response to Syed Talat Hussain’s article of June 21 titled ‘Back to the old drawing board?’ I am surprised that the writer has asked for a cut-off date for military operations in the north. Asking Nato to give a cut-off date may be appropriate as they are fighting in a foreign land but Pakistan’s case is different. Should we ask our police for a cut-off date for ending crime? Or ask the chief justice to give a cut-off date for deciding all cases pending in the Supreme Court? This 30-year-old war has created havoc in Pakistan and for the people of the region. A generation has grown up in these conditions — ‘children of war’ was a term we read in books, now we see them in our own country.

Until the start of army operations in Swat, Khyber-Pakhtunkhwa was under Taliban control. A senior minister, Bashir Ahmad Bilour, was not exaggerating when he said that the Taliban could take over Peshawar whenever they wanted. Though officially banned, the Taliban held meetings with the district administration in government offices. Hussain admits that results achieved from military operations are not satisfactory, yet he wants a date. If he thinks operations should be abandoned halfway, it is a disastrous suggestion and brings out the pro-Taliban role of the media. Claiming that operations do not have the support of the people speaks volumes about media manipulation. How can a journalist with no contact or mandate from the people claim anything on their behalf?

I acknowledge his visits to Fata and the agencies, with and without the ISPR, but that does not qualify him to claim representation of the people there. He has carried out detailed visits to every agency and produced balanced reports on the prevailing situation, but that was in 2008. In this war, more soldiers have laid down their lives than both the ‘65 and the ‘71 wars combined. Taliban governments in Bajaur, Mohmand and South Waziristan have been uprooted and although insurgencies may continue for an indefinite period, militants no longer enjoy the authority they exercised in these areas.

These facts should be kept in mind while analysing the situation. Confusing the people should not be the media’s role. Our media had been promoting the Taliban, changing its stance only after the Swat operation, possibly due to fear of the army chief. Last year we listened to our anchors talking about how Blackwater would take over our nuclear assets and how the Kerry-Luger bill would destroy the fabric of national security. One does not hear anything on these subjects any more. Has Blackwater abandoned its plans? Has
the bill been amended? Was the hype only to fill talk show time?

Our media managers should restrict themselves to their role as journalists. You can point out mistakes but the country cannot follow your wishes and whims.