PTI given access to PML-N, PPP accounts in funding case

From frumpy fits to horrible stitching, some outfits donned by celebs at the LSAs were better left on the rack

When it comes to red carpet events, fashion is paramount. The LUX Style Awards are no exception to this rule. One of the most highly-anticipated award shows in Pakistan, the LSAs allow celebrities to put their best foot forward when it comes to fashion. Unfortunately, while there were some definite highs in terms of style on the LSA 2021 red carpet, there were also a few disappointing lows. The dreaded ill-fitting gown was a major standout in the fashion fail department. However, if the celebrities were judged for their risk-taking and adventurous fashion choices, the bottom half of this list would be filled with the entire male section of the LSA guest list, save for a couple of men, and their basic, boring, done-to-death suits and tuxedos. At least the girls tried. Regardless, here are our picks for celebrities on the red carpet who we feel could have done better. 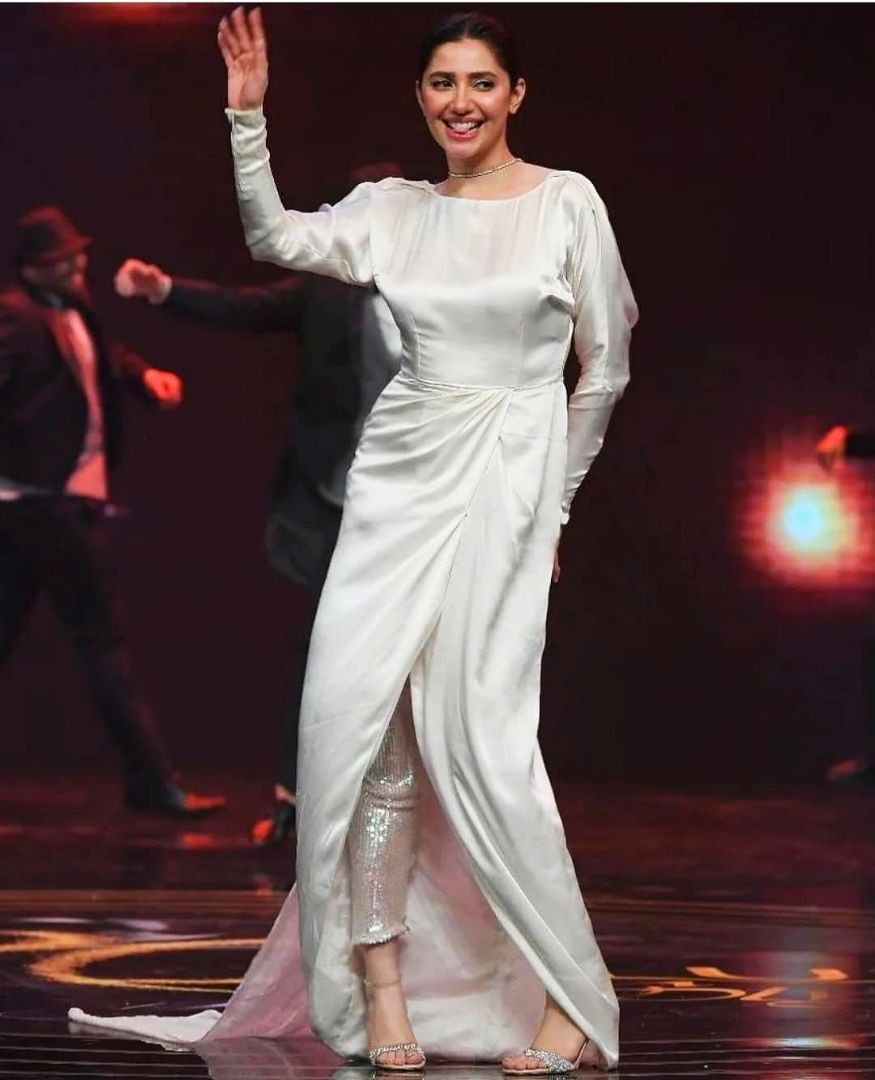 Mahira’s arrival on every local red carpet is often anticipated with bated breath, due mainly to the actor’s immense star power. However, the white silk Feeha Jamshed number she walked out in was a disappointment, to say the least. While the plunging back looked gorgeous on the Superstar actor, the overall frumpy look of the dress and the sequined tights peeking out from underneath the slit did her no favours at all. 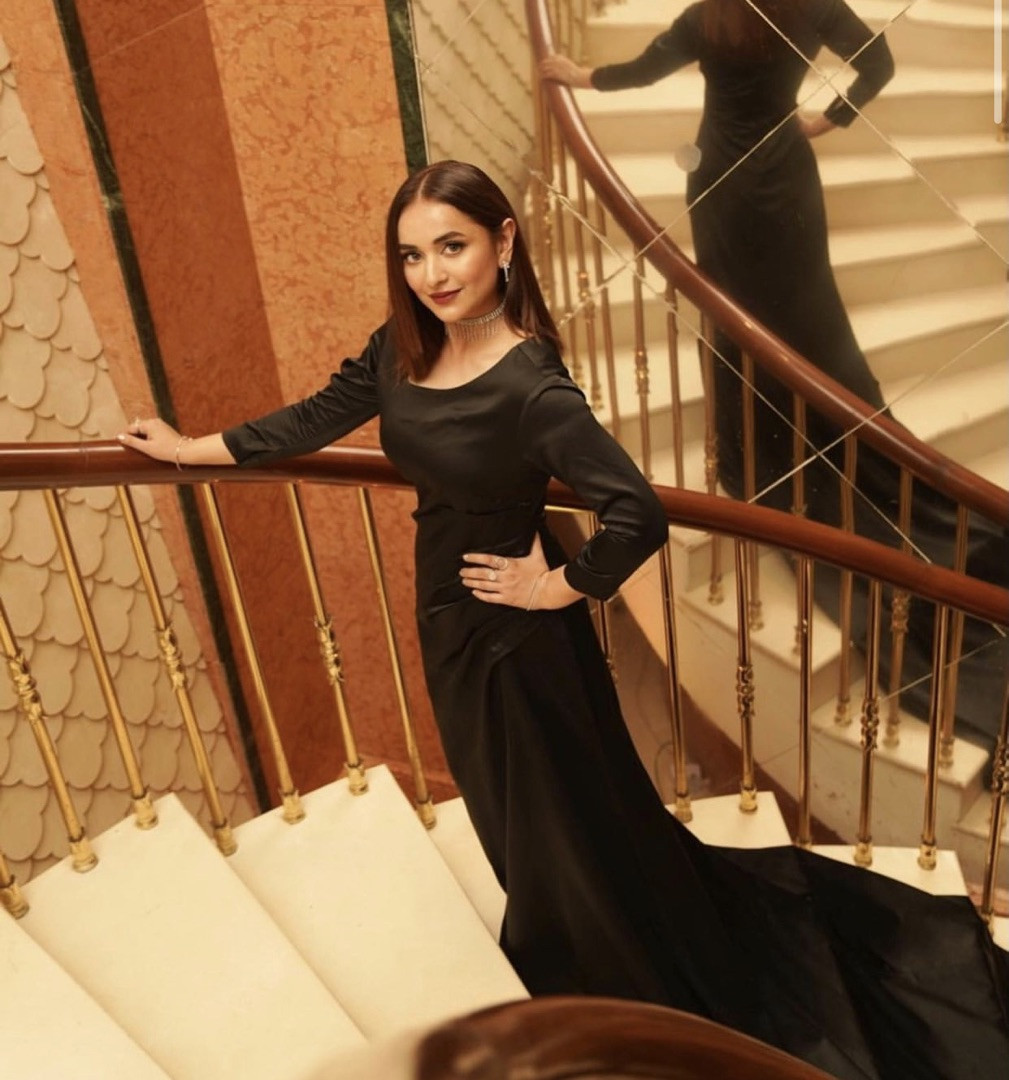 While Yumna bagged two silver statuettes at the ceremony, her dress wasn’t exactly what one would call award-winning. Much like Mahira’s outfit, the black gown Yumna opted for suffered from an overall lack of structure and fitting. The gown bunched up in odd places, making it look increasingly uncomfortable to walk in. 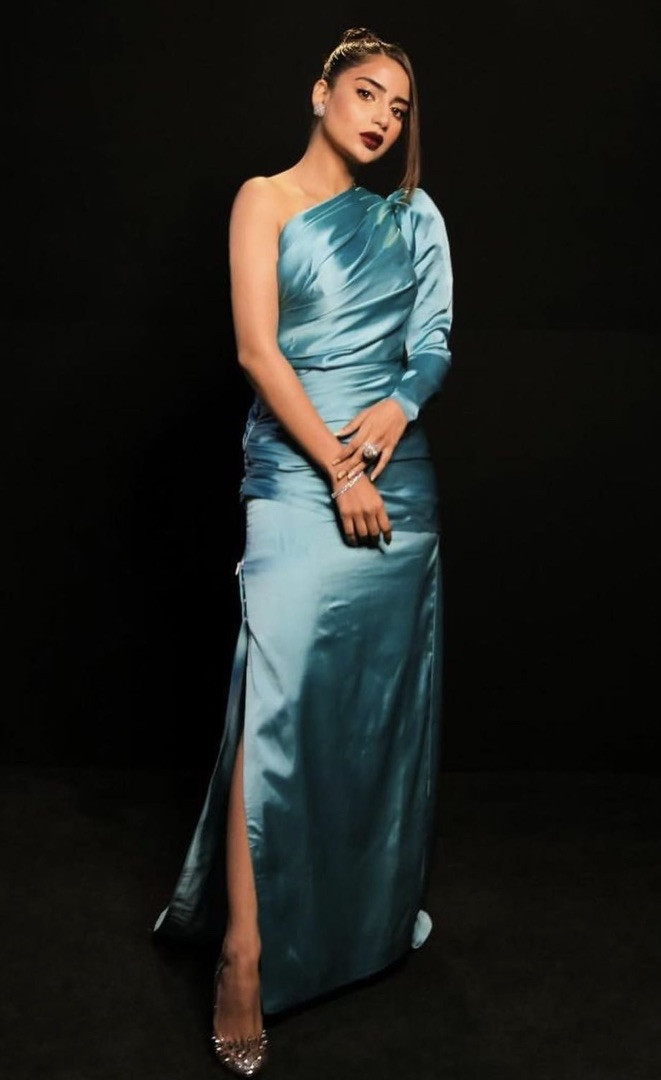 The blue silk number Saboor donned for the ceremony had the potential to look absolutely stunning, but the lack of skilled dressmaking was obvious in the look. The zipper above the slit stuck out of the dress, the stitching on the sides was far from seamless, and the ill-fitted single sleeve made it look like the dress had been thrown together at the very last minute. 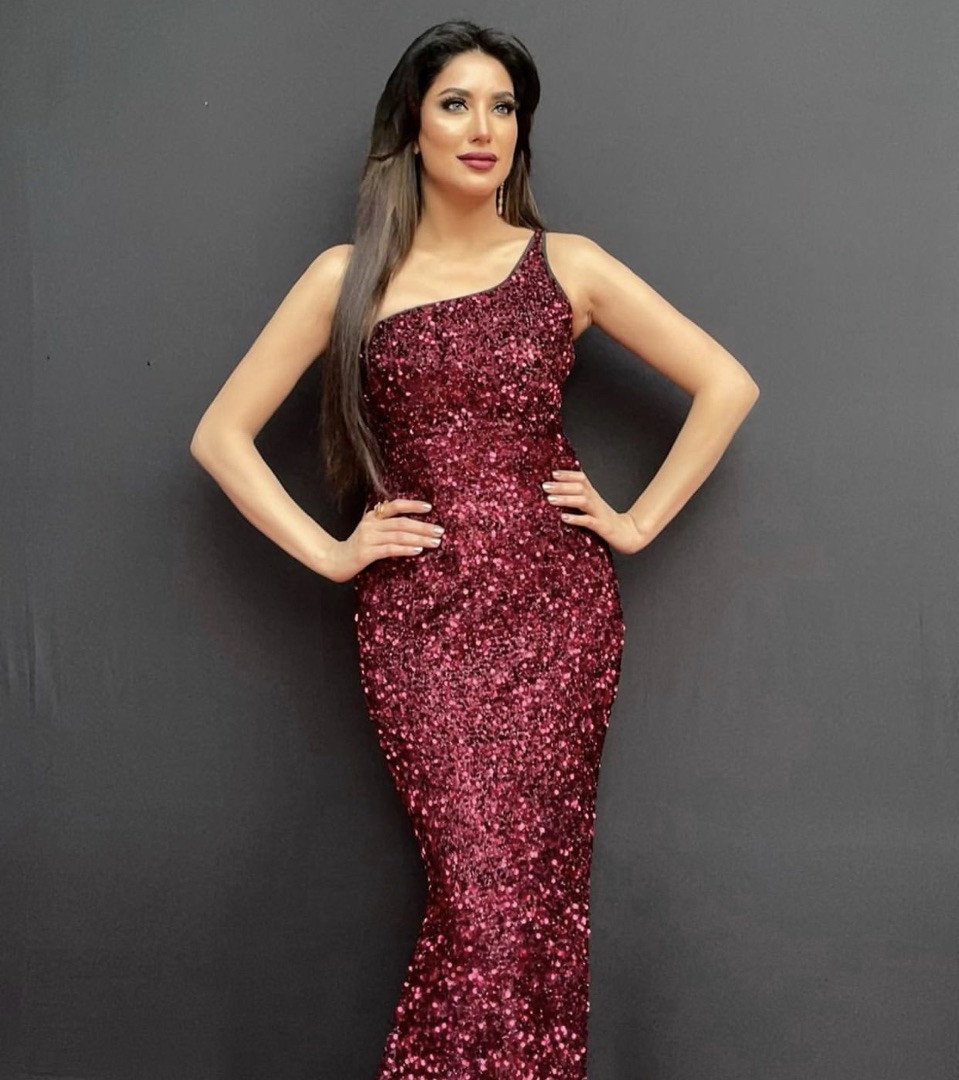 Mehwish opted for a maroon, fully-sequined fitted dress with an A-symmetrical neckline. The look felt incomplete, and the dress seemed like it had been cut out from glittery craft paper. Despite the glitziness of the gown, it felt boring to look at, making us wish Mehwish had adorned her bare neck and arms with some jewellery. The black border on the neck stood out, and not in a good way. Overall, the actor could have done so much better. 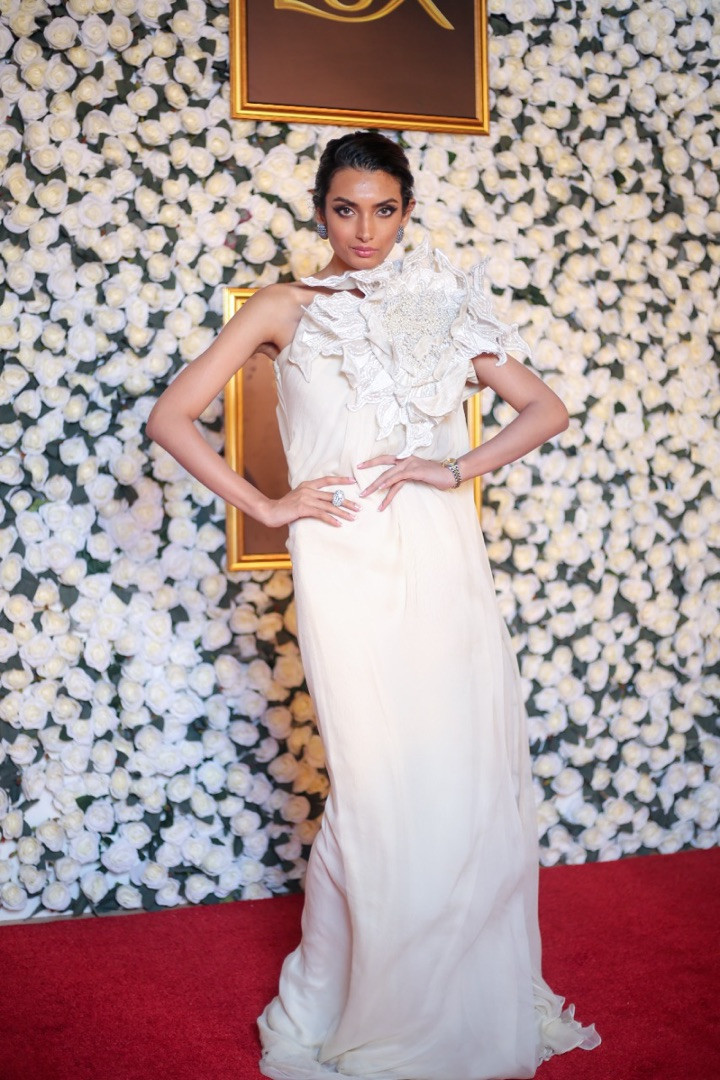 The model took home the statuette for best emerging talent in fashion, which made the white, toga-like gown she wore all the more disappointing. In yet another iteration of the A-symmetrical neckline, the giant applique flowers felt distracting, like they had been pinned onto the dress right before the model stepped out of the car.

Saboor Aly dress was looking worse amongst all models

Uncalled for I think and blown up toomuch. Their figuresand faces make up for any m8stakes.