Sandwiched between a pharmacy and a general store, Khan’s shop in the Panjwai district is flush with fresh inventory

Weapons dealers in Panjwai, Kandahar province, are flush with inventory after the Taliban takeover of Afghanistan. PHOTO: AFP
KANDHAR:

The Taliban takeover may have plunged Afghanistan into uncertainty and economic pain, but arms dealer Khan Mohammad is making the most of it.

Sandwiched between a pharmacy and a general store, his shop in the Panjwai district of southern Kandahar province — the spiritual birthplace of the Taliban — is flush with fresh inventory. 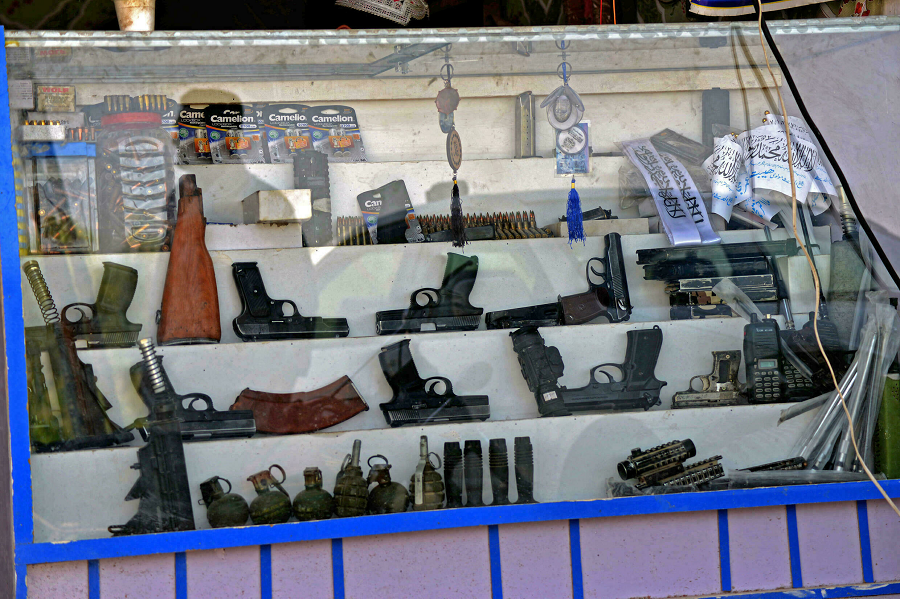 Camouflage combat vests and bandoliers hung from the walls as Mohammed showed off his wares, including US-made Smith & Wesson pistols and ammunition belts.

More pistols, grenades, walkie-talkies and jars full of bullets lined the glass display in the front.

The end of the conflict has led many weapon-owners to conclude they no longer need them, Mohammad explained.

"People who have had guns at home for years bring us their weapons," he said.

Mohammad has a customer lined up too.

"We buy them and sell... to the Mujahideen," he said, referring to the Taliban.

"The Taliban don't let anyone else take (the weapons)." 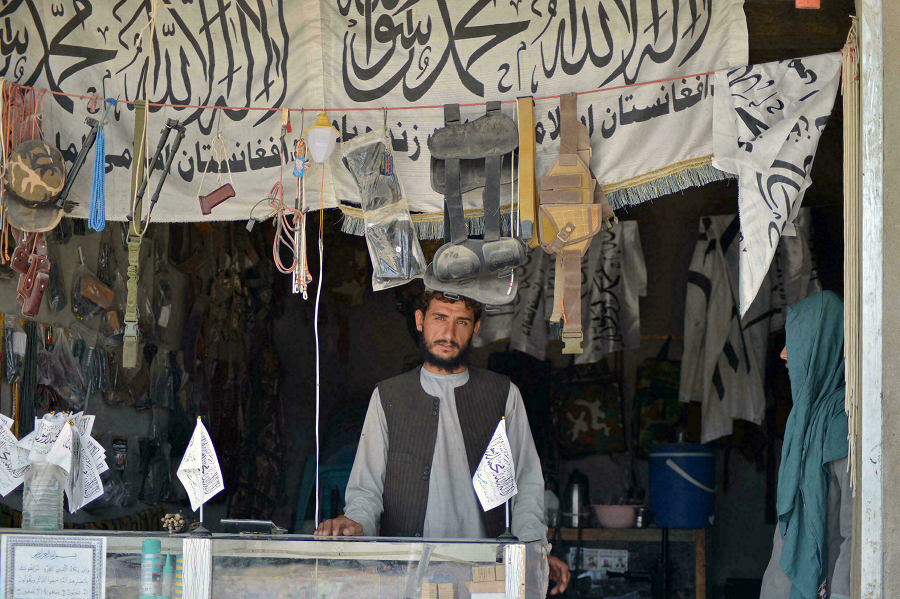 Mohammad did not just have weapons — there were accessories too.

The group's flags were also on sale.

Another dealer in the dusty Panjwai market, whose shop was adorned with large Taliban flags and pictures of the group's top leaders, had more potent offerings.

They included assault rifles — variants of the AK-47 as well as the US-made M4 and M16 — and even light machine guns.

The Taliban for years procured weapons and ammunition from the black market. They also captured arms and equipment from the battlefield and abandoned military posts, according to UN and Western monitors.

And the recent collapse of the Afghan military created an arms bonanza for the militants. 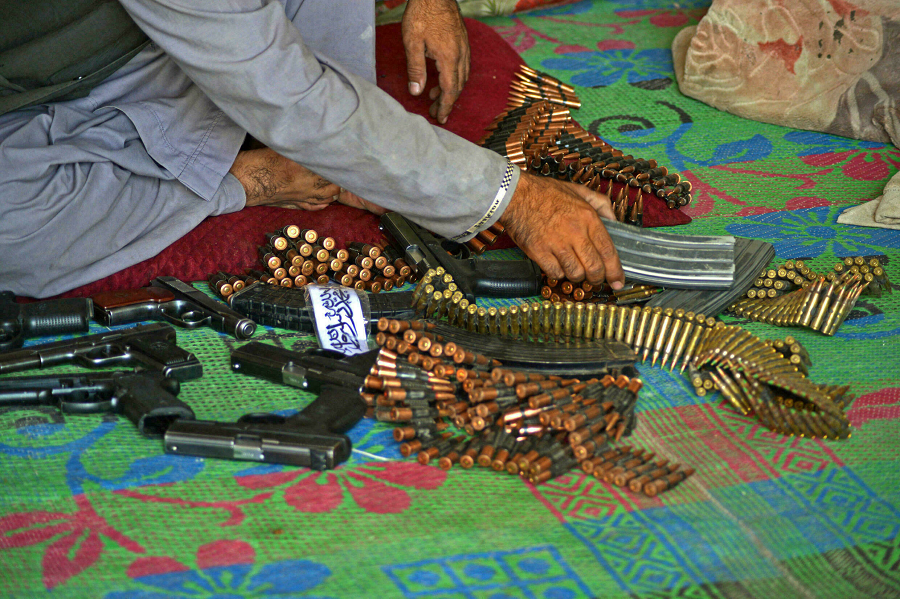 The militants are also making the most of their spoils.

The Taliban are cashing in on a wide variety of items from abandoned Afghan and Western military bases.

They seized Panjwai district in July as the withdrawal of US-led troops from Afghanistan gathered pace.

In the local market, everything from construction material to metal trays salvaged from the district's Afghan military base was for sale. 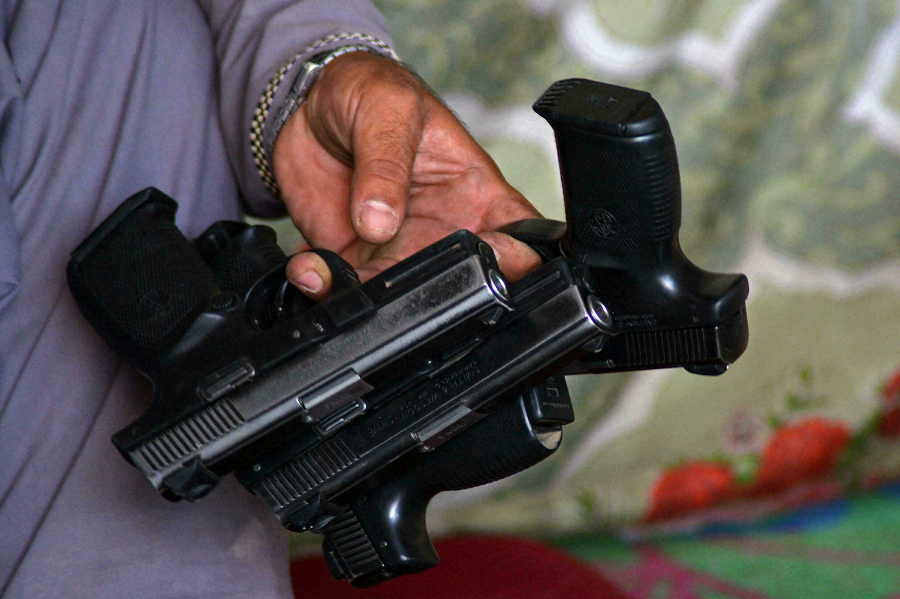 "We bought all these things from the Taliban after they conquered the Afghan army base," said vendor Murtaza, who gave only one name.

"Now we bring them to the market to sell."