No regrets for Afghanistan veteran after second Paralympics gold

There will be no threat to Pakistan from Afghanistan: Zabihullah

Pakistan cautions UK against role of spoilers 'inside and outside' Afghanistan

Prime Minister Imran Khan on Friday cautioned the United Kingdom against the role of spoilers "inside and outside" Afghanistan, who could destabilise the situation in the war-torn country.

The premier expressed these remarks during a meeting with British Foreign Secretary Dominic Raab who is on a two-day visit to Islamabad, according to a statement issued by the Prime Minister Office (PMO).

​Views were exchanged on the latest developments in Afghanistan as well as bilateral matters and regional and international issues, the communique added.

​Recalling his telephonic conversation with Prime Minister Boris Johnson, according to the PMO, the prime minister shared Pakistan’s perspective on the evolving situation in Afghanistan.

Read more: Pakistan to co-exist with Taliban, approach will be realistic: Qureshi

"​The prime minister underlined the importance of a peaceful, secure and stable Afghanistan for Pakistan and regional stability," it added. 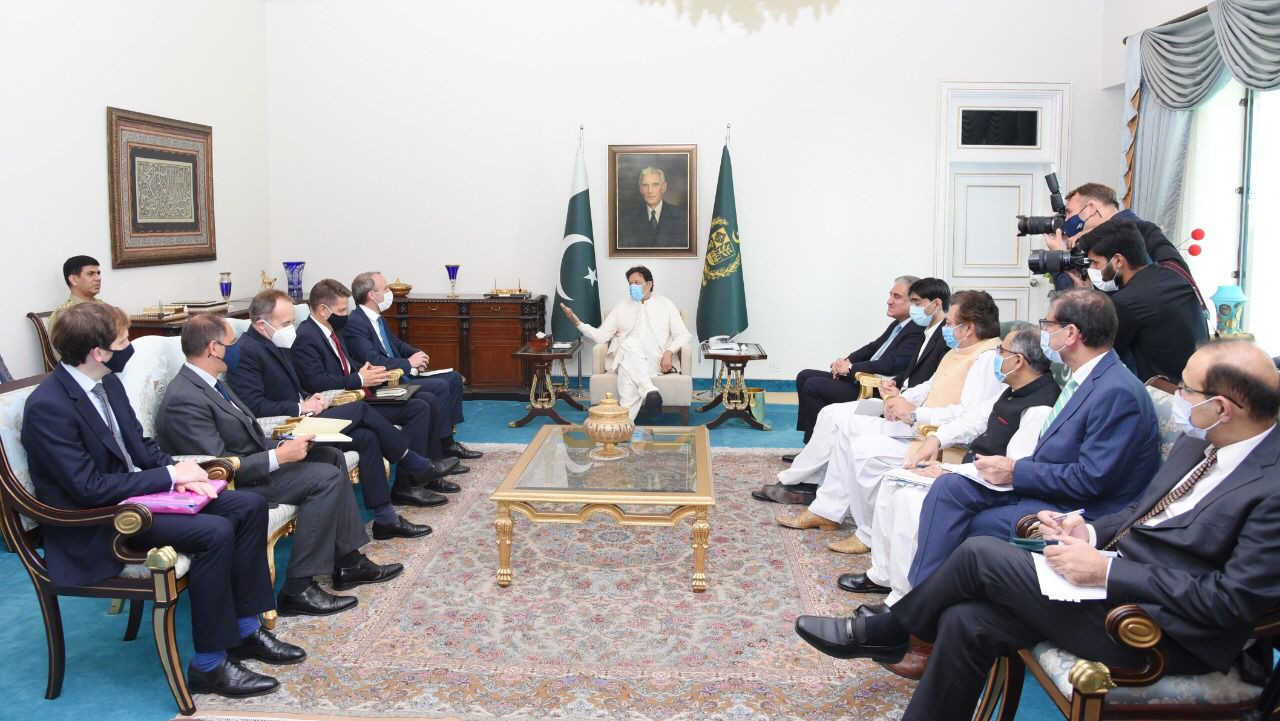 PM Imran noted that it is critical to stabilise the security situation in Afghanistan, take steps to consolidate peace and preclude any mass exodus. "In this context, preventing humanitarian crisis and stabilising the economy were the urgent needs," he was quoted as saying by the PMO.

The premier stressed that the international community should stand in solidarity with the Afghan people, undertake positive engagement and create incentives for ensuring a peaceful, stable and inclusive polity.

Also read: Edgy calm prevails in Afghanistan after US pullout

PM Imran further sensitised the UK side on the gross human rights violations in Indian Illegally Occupied Jammu and Kashmir (IIOJK), including the inhuman snatching away of the mortal remains of Syed Ali Shah Geelani, the senior Kashmiri leader.

​On the bilateral ties, the prime minister inter alia noted the long-standing relationship and strong people-to-people ties between the two countries, the statement added.

​The premier shared concerns on the retention of Pakistan on the red list, causing inconvenience to dual nationals.

Pakistan to co-exist with Taliban, approach will be realistic: Qureshi

Pakistan has influence on Afghan Taliban but not control: Fawad

China will be ‘our main partner’, say Taliban