In a video available on social media, Hindutva activist can be seen openly calling for anti-Muslim attacks

The minority Muslims in India these days are facing another episode of denial of their religious rights, as the country continues with its human rights violations in line with Hindutva policies.

The capital New Delhi has witnessed violent protests this week after the Hindu leaders of Bharatiya Janata Party (BJP) strongly opposed the construction of Hajj House and also called for genocide of Muslims.

At present, New Delhi does not have a Hajj House, even though the national capital is the largest embarkation point for the pilgrimage in the country.

However, in absence of a Hajj House, the pilgrims usually stay in camps before their flights. 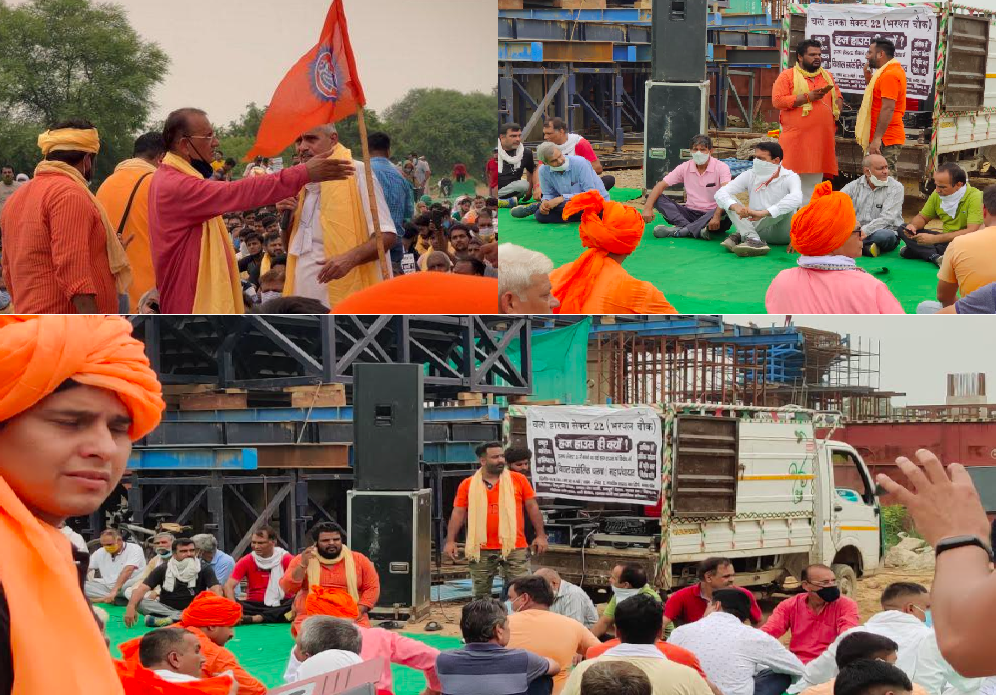 During the recent protests, slogans were raised at Jantar Mantar in Delhi in a gathering of hundreds organised by Supreme Court lawyer and former spokesperson of the Delhi unit of BJP, Ashwini Upadhyay.

Two similar incidents within a week in India’s capital have reaffirmed the secondary citizenship of Muslims in the country, with the situation worsening every day.

Read more: Hypocritical of India to do away with UNSC’s key priorities

In a video available on social media, a Hindutva activist can be seen openly calling for the anti-Muslim attacks, suggesting that Hindus have had their share of “being defensive” and that it was time to attack.

“I have said repeatedly that Hindus should pick up shastra [arms] and shaastra [holy texts], while they still have time,” he said.

Hours before the gathering in Jantar Mantar, various Hindutva groups backed by the BJP leaders, organised a ‘Mahapanchayat’, where Hindu nationalists openly called for the killing of Muslims.

From anti-Muslim rallies to lynching and pogroms, the Hindu supremacists enjoy impunity and state support from the collective society.

Prime Minister Narendra Modi is determinedly pursuing policies of RSS and taking all possible measures to promote Hindutva and eliminate Muslims from India.

At present, India is the only country in the world, which is sponsoring Islamophobia and Hindutva at the state level.

The Hindutva groups and affiliates like Hindu Raksha Dal brazenly call for the genocide of Muslims in New Delhi, with no condemnation from the BJP-led central government.

Over 80 Muslim women in India, who are powerful voices on Twitter, found they had been put up “for sale” online on an app called ‘Sulli Deals’.

The secularism of Mahatama Gandhi and Indian PM Jawaharlal Nehru has, most unfortunately, been replaced by the dream of creating a Hindu Rashtra by subjugating and even cleansing India’s 200 million Muslims and other minorities.

The RSS is responsible for destroying Babari Masjid, slaughtering some 2,000 Muslims in Gujarat riots under the watch of then chief minister Modi, and burning alive several Muslim passengers aboard the Samjhota Express train.

‘Building intellectual capacity a must to deal with Hindutva’

Hindutva: a looming threat to minorities in India