All shops, hotels and restaurants will be completely closed for the next 15 days, says notification

Amid the rising number of coronavirus cases — fuelled by the most contagious Delta variant — the administration in Gwadar on Friday imposed a complete lockdown in the entire district, an official notification said.

As per details, all shops, hotels and restaurants will be completely closed for the next 15 days with the exception of some shops having essential items.

"Only those people who have been vaccinated and adhering to Covid-19 standard operating procedures (SOPs) would be allowed in the exempted shops," it added.

It also said that all fish markets would also be closed for the next 15 days whereas only vaccinated fishermen would be allowed to go fishing.

Tourists, visitors and members of Tablighi Jamaat are not allowed to enter the district for the next 15 days, the notification added. 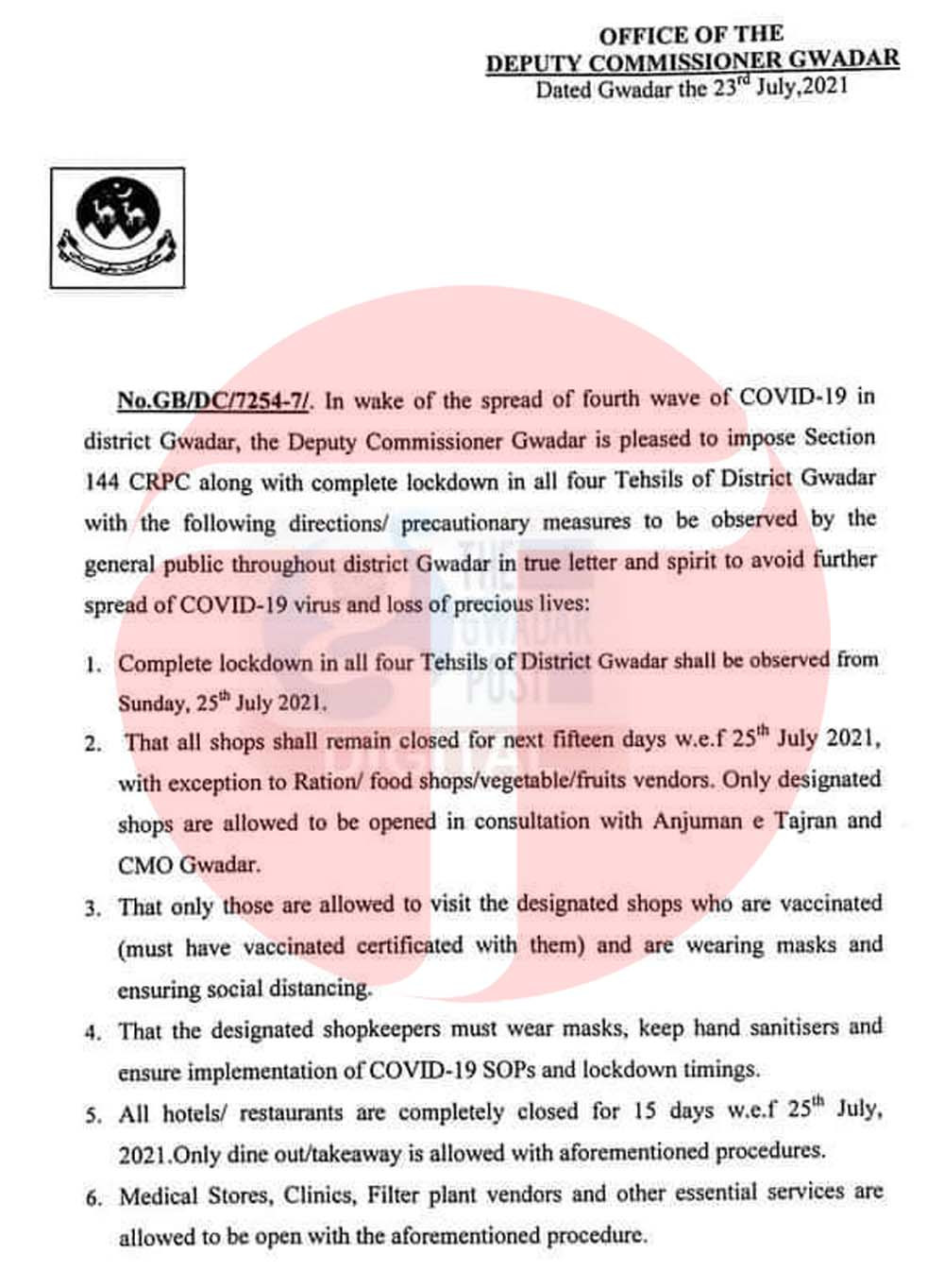 It further said that all parks and playgrounds in the district have been closed while all gatherings have been banned in the coastal city.

Balochistan reported at least 63 new cases of contagion during the past 24 hours, taking the tally to 29,041.

According to health officials, one more patient succumbed to the deadly virus as the toll reached 322.

The highly contagious Delta variant was first identified in India in December 2020. It wreaked havoc in India and has led to a major outbreak across the globe since.

Also read: Delta variant and the fourth wave: Should we be worried?

As of early July, the Delta variant has become the dominant form of the novel coronavirus in the United States, United Kingdom and Germany, among others. 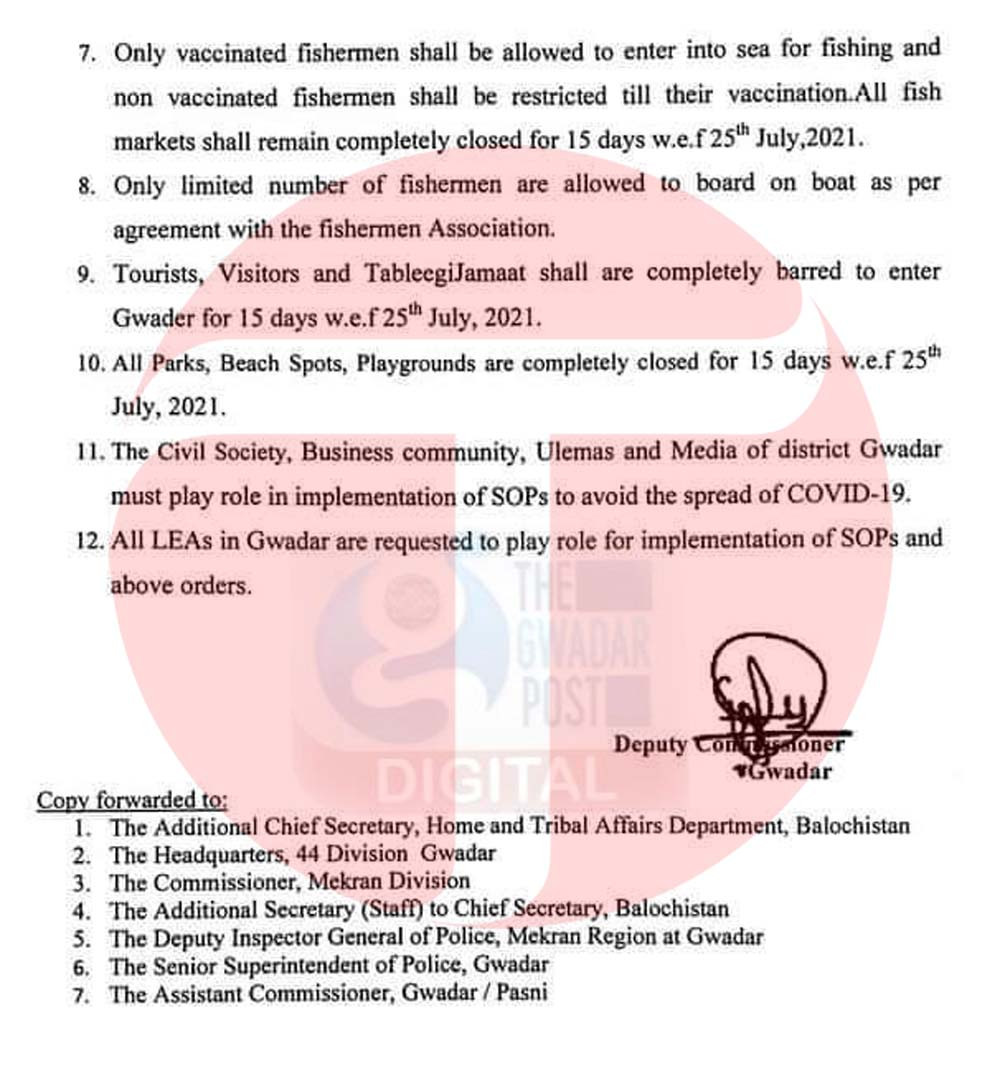 While the strain has spread across 104 countries across the world, the UK has been affected the most, with Delta being detected in around 97% of new Covid-19 cases, according to the Public Health England.

Amid the rising number of cases, the Sindh government, earlier in the day, decided to restrict the timings of shopping malls and markets from 6am to 6pm from Monday onwards; grocery stores, bakeries and pharmacies will function as per their usual timings.

The provincial officials agreed to impose a ban on wedding ceremonies and other gatherings as well as close down shrines.

Moreover, indoor and outdoor dining at restaurants will also be closed from the first day of the next week; takeaways will, however, be allowed.

The participants also decided to close down all educational institutions from July 26, although adding that exams will be held as per schedule.

The government and private sector offices were asked to revert back to maintaining half of the workforce's attendance.

The meeting also decided that Fridays and Sundays will be observed as 'safe days'.