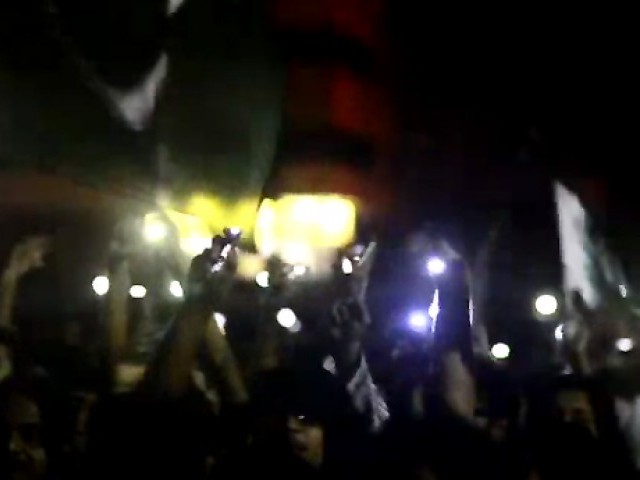 KARACHI: Enthusiasts gathered in Karachi  to create a new record for the most number of people singing a national anthem simultaneously – and they succeeded.

According to witnesses and event management, 5,857 people gathered at a stadium in Khadda market area of Karachi and beat the previous record of 5,248, achieved by students, staff, faculty and alumni of MSU-IIT (Philippines) who sang ‘Lupang Hinirang’ Philippines’ National Anthem, at the MSU-IIT gymnasium, in Iligan, Philippines, on 1 September 2009.

The record breaking attempt was organised online using Facebook and Twitter and even included a last minute tweeting frenzy as the record-attempt faced failure of falling short of a few hundred people.

In the end, the required number of people gathered at the spot and as the clock struck 12, the jubilant crowd started singing the national anthem “Pak sar zameen” to mark Pakistan’s 64th independence day and set a new world record.

The record itself will be unofficial until formally recognized by Guinness World Records.

View a video of the complete anthem record here.