On Friday night, videos of Bushra Ansari, Mahira Khan, Sanam Jung among others dancing at a Mehendi surfaced online.

On Friday night, videos of Bushra Ansari, Mahira Khan, Sanam Jung among a host of other celebrity figures dancing at a Mehendi surfaced online.

Apparently, it was Sultana Siddiqui’s grandson’s wedding event that witnessed these celebrities shaking a leg to Falak Shabbir’s performance of Nachange Saari Raat. The event also saw Gohar Rasheed and Kubra Khan pairing up for a dance number, followed by Bushra and Azaan Sami Khan’s performance on Beedi.

But what irked many on Instagram was the veteran actor's attempt to return to a normal life after having suffered a great loss. Many trivialised her struggle by calling her out for putting her best foot forward, literally, and shamed her for dancing while being [read appearing] happy. 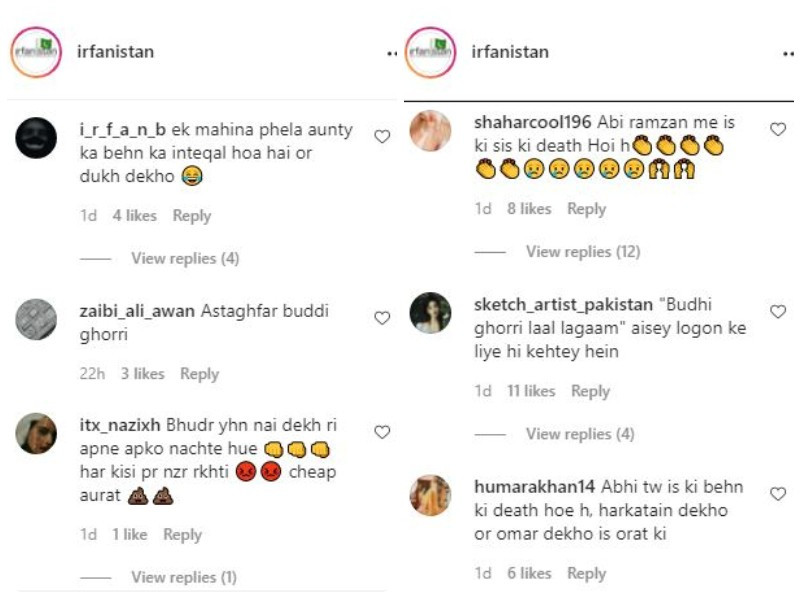 So actor Ushna Shah, who is quick to call out bullies and take a stand for what she deems right, took to her Twitter to clap back at users for slut-shaming and trivialising someone's grief. Without naming anyone, she tweeted, "A few weeks after Kobe Bryant’s death, his wife shared a video of herself playing a game and laughing.Their audience applauded her strength to find happiness in the little things.Our actor dances at a wedding over a month after her sister's passing and is trolled for being happy too soon."

A few weeks after Kobe Bryant’s death his wife shared a video of herself playing a game & laughing.Their audience applauded her strength to find happiness in the little things.Our actor dances at a wedding over a month after her sisters passing & is trolled for being happy 2 soon

Bushra and Asma Abbas’s sister, actor Sumbul Shahid passed away in Lahore in May after battling Covid-19 for weeks.Sumbul was fighting for her life on the ventilator after contracting the deadly virus. Both Bushra and Asma had been consistently requesting their fans to make a prayer for her health. But days after her passing, the Zebaish actor gathered the courage to make a video for her fans, to thank them for their prayers and condolences, while warning them about Covid-19.