More than 1,000 people evacuated after the fast-moving fire engulfed the community

Flames rise from a burning building along a street during a wildfire in Lytton, British Columbia, Canada June 30, 2021 in this still image obtained from a social media video on July 1, 2021. PHOTO: REUTERS

A forest fire that began after three days of record-breaking temperatures has destroyed most of the small western Canadian town of Lytton, as government officials issued fresh evacuation orders on Thursday as more wildfires tore through the province.

More than 1,000 people in and around Lytton, in central British Columbia, were evacuated late on Wednesday after the fast-moving fire engulfed the community, catching residents by surprise. The cause of the fire was being investigated, BC Premier John Horgan told reporters. 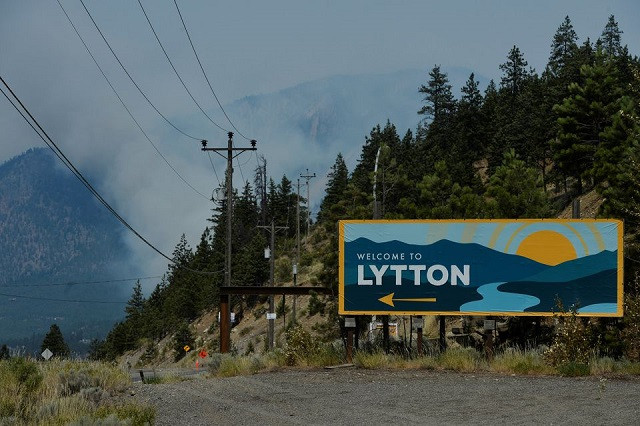 The sign for the town of Lytton, where a wildfire raged through and forced residents to evacuate, is seen in Lytton, British Columbia, Canada July 1, 2021. PHOTO: REUTERS

A couple in their 60s died due to the fire, Post Media reported, quoting their son. Reuters could not independently verify the deaths. BC officials told the briefing that some residents were unaccounted for, and said "most homes and structures" in Lytton have been lost.

"The town has sustained structural damage and 90% of the village is burned, including the centre of the town," Brad Vis, a member of Parliament for Mission-Matsqui-Fraser Canyon, said in a Facebook post.

Read: Deaths surge in US and Canada from worst heatwave on record

He said the fire also caused extensive damage to BC Hydro stations and highways, limiting access to Lytton by road.

Horgan said 62 new fires were reported in BC in the past 24 hours, forcing authorities to issue new evacuation orders affecting some 700 people in BC's Cariboo region.

Amateur video footage showed residents of Lytton scrambling to leave town in cars as fires burned down trees and some structures.

Lytton Mayor Jan Polderman ordered everyone in the town of 250 to vacate late on Wednesday. Residents of another 87 properties north of Lytton were also ordered to leave on Wednesday. 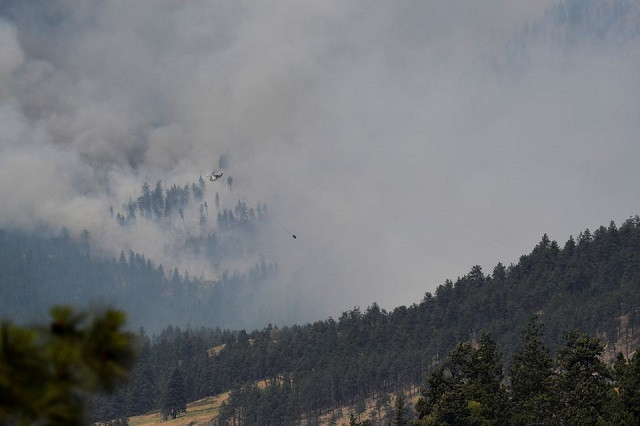 A view shows a wildfire burning outside of the town of Lytton, where a wildfire raged through and forced residents to evacuate, near Lytton, British Columbia, Canada July 1, 2021. PHOTO: REUTERS

Lytton set a record of 49.6 degrees Celsius (121.28 degrees Fahrenheit) on Tuesday. The previous high in Canada, known for brutally cold winters, was 45 degrees Celsius, set in Saskatchewan in 1937.

On Wednesday, strong winds gusting up to 71 kph (44 mph) were recorded in the area, flaming the fires.

The province recorded at least 486 sudden deaths over five days to Wednesday, nearly three times the usual number that would occur in the province over that period, the BC Coroners Service said on Wednesday.