Echoes of resistance: 8 Palestinian musicians you should have on your playlist

Music is the perfect medium to understand modern Palestinian society.

In all cultures, music is an expressive tool that is common to humanity, yet differs fundamentally from one area to another. In war and in peace, in turmoil or tranquility, people express themselves culturally through producing and consuming music. In colonial conditions, the power dynamics mean that the coloniser seeks to silence the colonised, who in turn use their voice to document their experiences and express their culture through music.

While not all music is inherently political, it captures experiences, moods and feelings that unfold within a certain period of time. These conditions apply to Palestine, where artists have often reflected on their daily struggles with occupation, colonisation, gentrification and most recently excessive violence and forced evictions from Jerusalem’s Sheikh Jarrah neighbourhood and the inhumane bombing of the Gaza strip.

Through music and song, you can listen to a different Palestine. The contemporary Palestinian music scene is rich and buzzing with acts from rap, trap, hip hop to jazz, pop and rock. There is also experimental music and folk music rooted in the indigenous Palestinian culture. The beauty of music, other than the magic of its sounds, stems from its ability to capture identity and define space without defining its borders. Therefore music is the perfect medium to understand modern Palestinian society.

The following artists each give a different image of Palestinian music and tell a different story through lyrics, instrumentation and performance. 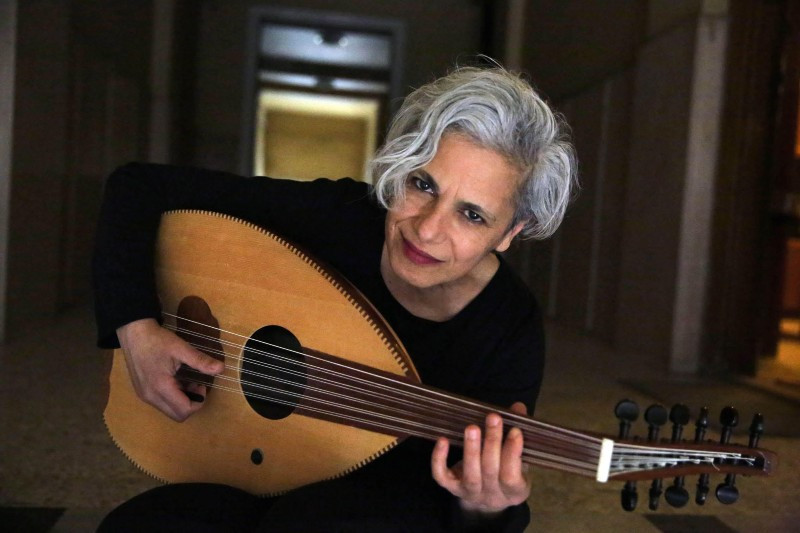 One of the most revered figures amongst today’s younger generation of experimental and alternative Arabic music is Kamilya Jubran. Kamilya was born and raised in a family of musicians from the Galilee and the Palestinian singer and Qanoon player has made a significant contribution to the contemporary Palestinian soundscape.

In the 1980s, Kamilya along with Said Murad, Issa Freij, Odeh Turjman and Yacoub Abu Arafeh formed the legendary Palestinian band Sabreen. They released several songs about the daily struggle of the Palestinians, especially during the first Intifada. Their first album Smoke of the Volcanos includes many songs rooted within the Palestinian struggle for self-determination.

Certainly worth listening to is their song On Man with lyrics taken from notable Palestinian poet Mahmood Darwish. Kamilya’s soft yet strong voice echoes through the hills of Jerusalem as she sings to Palestinian detainees “O you, with bleeding eyes and palms!‎ The night is soon to be gone.‎ Neither the interrogation room is going to last, nor will the chains!”‎. Kamilya’s contemporary solo and collaborative works have evolved from within the modal (maqam) tradition and expanded beyond to venture into a sound full of contrast and ornamentation. 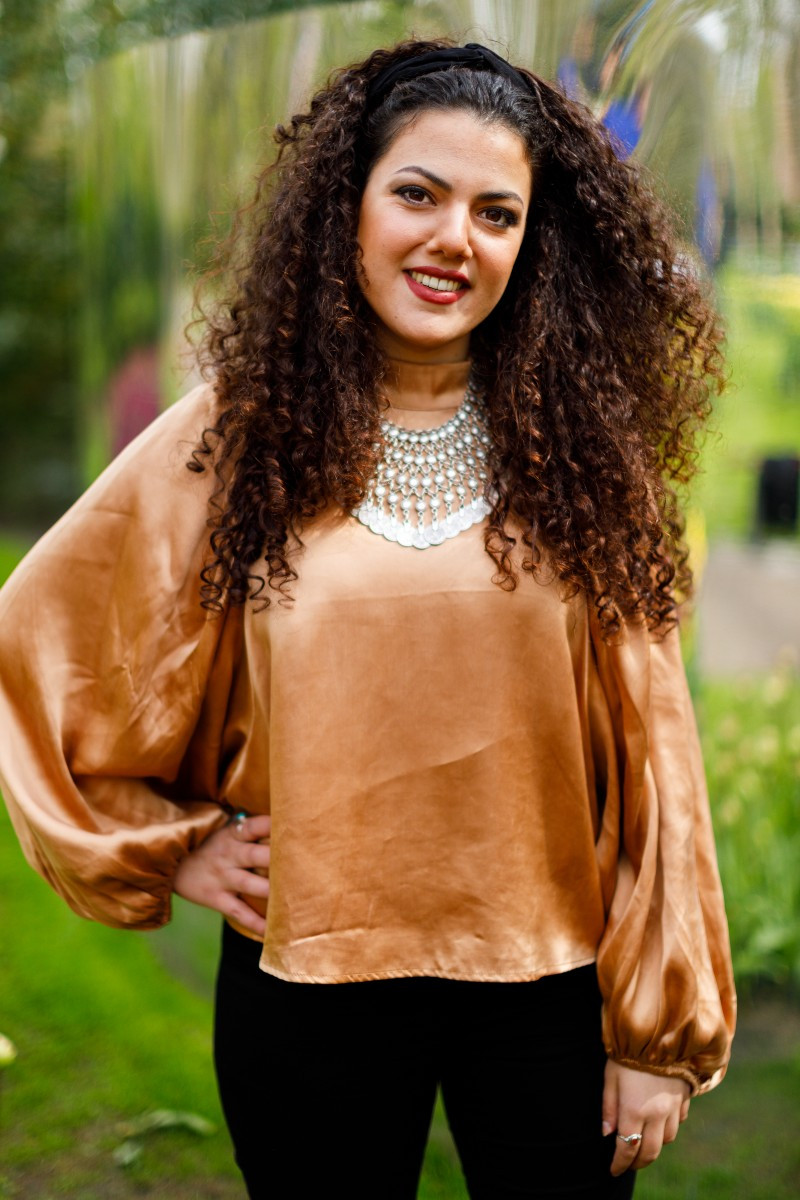 On the other hand singer, composer and ney player Nai Barhgouti remains firmly rooted within the Arabic modal system and music. The young singer’s impressive musical career saw her touring the UK in 2017, her ney compositions became part of the flute curriculum at the International Institute of Iberian Music in Valencia and she has been exploring the relationship between Tarab (classical Arabic singing) and jazz at the Conservatorium van Amsterdam.

As the Israeli Occupation's decision to confiscate the houses of indigenous Palestinians in East Jerusalem’s Sheikh Jarrah neighbourhood came into force, Palestinians in every city and town throughout historic Palestine took to the streets to protest this deeply unjust act. Many headed to Jerusalem to hold vigils with the families whose houses and lives are under threat. As Palestinians announced the first unified strike since 1936 on May 18, Nai was quick to put the Palestinian reality into song. Her latest release Raj'een (meaning “We are returning”) is dedicated to all the Palestinians who have experienced the Nakba (Catastrophe or exodus and dispossession of the Palestinian people in 1948) and are returning to their land.

During the latest Israeli aggression on Palestinians a prominent member of world-renowned shamstep band 47 Soul’s Walaa Sbeit was detained to be released later and put under home arrest. The charismatic performer was documenting the atrocities and attacks on the Palestinian citizens in Haifa before being arrested by the Israeli forces.

The mainly Palestinian band, which now consists of three members; Walaa Sbeit, Tareq Abu Kwaik (aka El Far3i) and Ramzi Suleiman (aka Z the People) was only able to grow and get together in London, far away from Palestine and Jordan, due to the restrictions imposed by Israel on travel.

Heralded as one of the Guardian’s top 40 bands for 2018 the band draws inspiration from experiences of exile and dispossession. Dabke System is taken from their latest album Semitics and preserves rhythms and melodies taken from the Palestinian folklore with infectious, high energy beats and juicy synths. 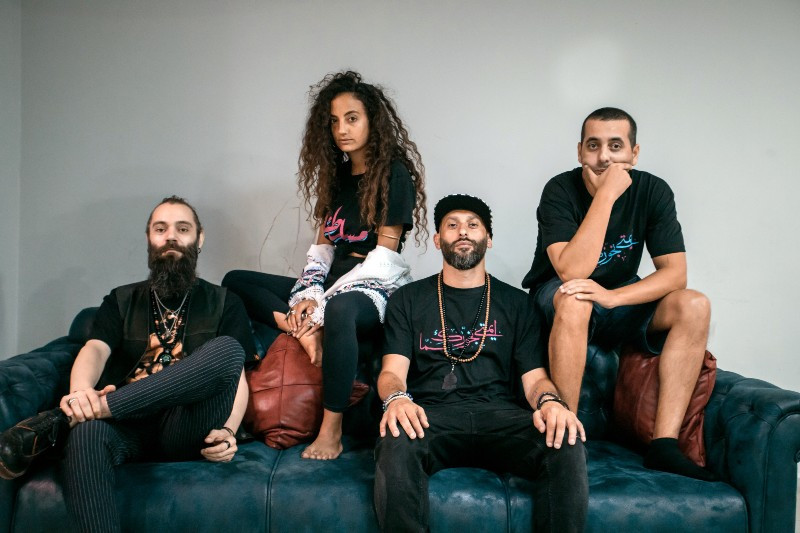 On the hip-hop front, pioneering Palestinian band DAM has been around since the early 2000s. Hailing from the city of Lod, the original line-up Tamer Nafar, Suheil Nafar and Mahmood Jrere, rapped about the poverty, racism and discrimination faced by Palestinian citizens of Israel. In one of their early songs Meen Erhabi (Who’s the terrorist?) they tackle the many problems Palestinians face saying “Who's the terrorist? I'm the terrorist? How am I the terrorist when you've taken my land?!”

The city of Lod witnessed unprecedented scenes of violence two weeks ago as Israeli mobs took to the streets attacking and lynching Palestinians. In response to the chaos, their frontman Tamer Nafar released a collaborative song with rapper MOUDYALARABY called Erki Idak (Put your arm around me) addressing the injustice, death and exile faced by Palestinians. 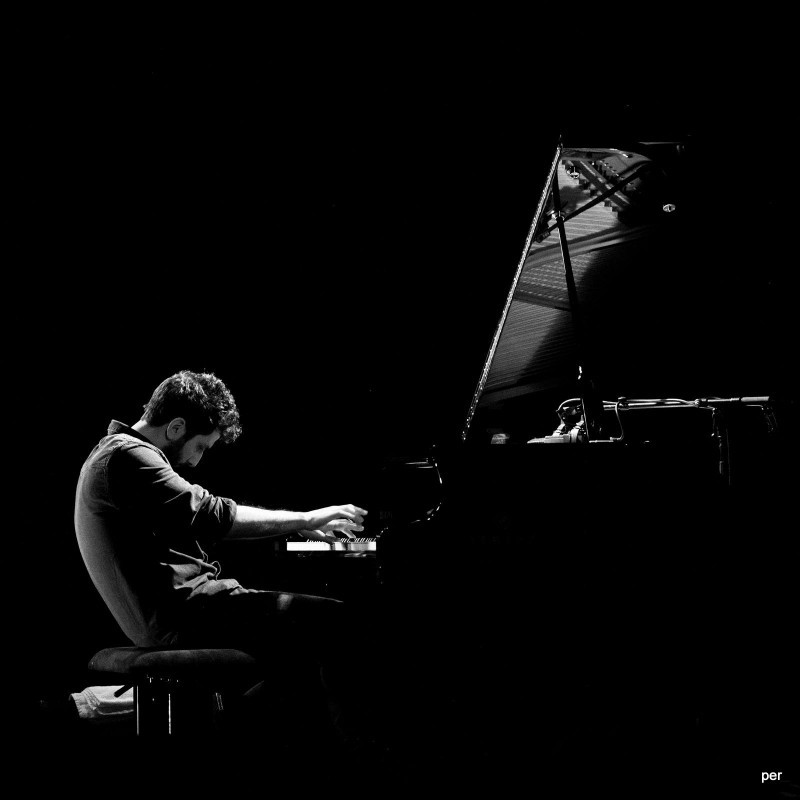 Acclaimed Jazz pianist and composer Faraj Suleiman has brought tango infused rhythms into his compositions. Suleiman composes music for theatre and has collaborated with world famous graffiti artist, Banksy for his piece at the Walled-off Hotel in Bethlehem, Palestine.

His latest collaborative album with author, activist and lyricist Majd Kayyal called Better Than Berlin addresses the ongoing gentrification of Haifa and the monsters of globalisation that loom around Palestinian cities. In Mountain Street you can take a musical tour of Haifa with insights into the daily troubles of the city’s Palestinian citizens.

There is also world-renowned techno DJ Sama’ Abdulhadi who is now a household name on the techno scene. The ‘first’ Palestinian techno DJ and producer shot to world fame through the 2018 Boileroom session in Ramallah and from then on the techno queen has gone to tour the world.

Her recent series of ‘residencies with Beatport’ have introduced established and emerging names on the Palestinian electronic music scene to the world. 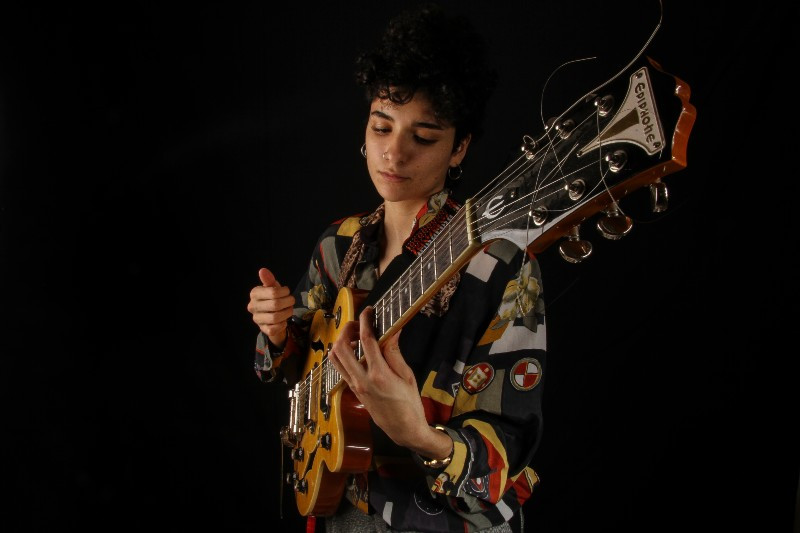 All of the album’s songs are in English and Nahas offers some of the most interesting musical work that you will hear on contemporary music in the West Asia and North Africa region. In her self-titled song Desert Nahas softly speaks of the torn feelings, subtle violence of space, identity and time. 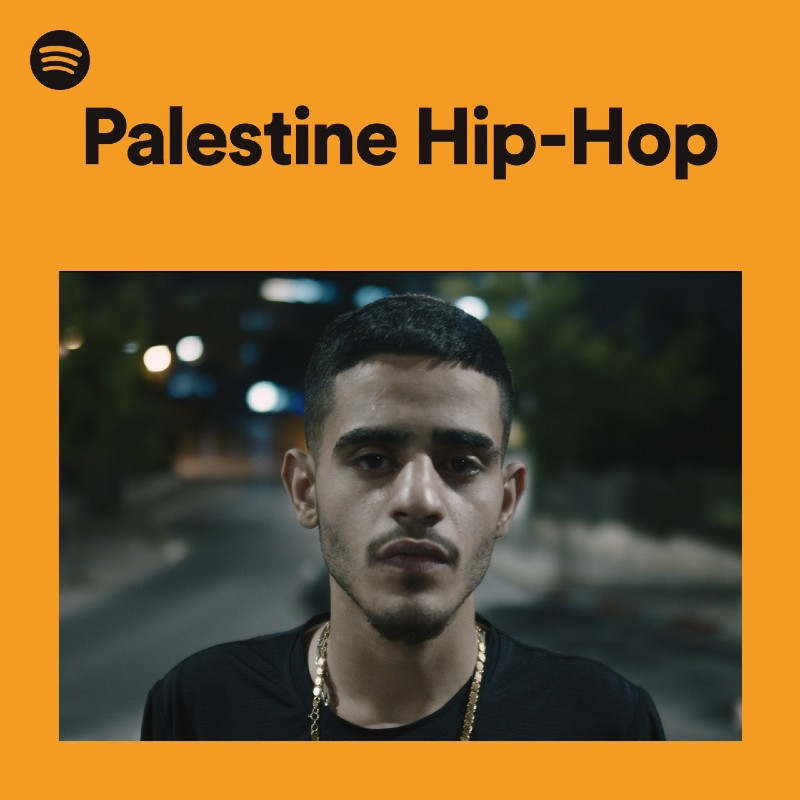 Last, but not least, are the latest sensation on the Palestinian scene Daboor with Shabjdeed, whose song Inn Ann (If he wails) is forming the soundtrack of the current unified Intifada (uprising). The rap and hip-hop crew who are mainly based in Jerusalem were quick to react to the Israeli violations of the city’s holy sites and its people’s rights by releasing a song called Sheikh Jarrah. Talking about the bullets flying through the neighbourhood the lyrics are an ode to the young men of Sheikh Jarrah, who are fierce, strong and fearless.

From indigenous dabke (a folk dance native to Palestine and the Levant) beats to global techno tunes, the sounds of Palestinian artists perform the daily reality through cosmopolitan and perhaps even global music and video production forging borderless connections of international solidarity. Their reverberating strong sounds, while rooted in authentic Palestinian culture travel freely through the digital soundscapes of modern streaming platforms to tell the story of a people refusing to be silenced, refusing to be imprisoned and struggling for a life of dignity through liberation.

About the author: Christina Hazboun is a Palestinian music curator and ethnomusicologist based in London. She produces and hosts the DanDana podcast on SOAS Radio and The Music Elevator at MARSM UK. Christina runs a monthly show called Musical Musings on Movement Radio and co-curates the Safe and Sounds section of online music magazine Rhythm Passport.

Maryam accuses Imran, 'his coach' for leaking her audios