Hindu priests leads the farewell ritual for hundreds of unclaimed clay urns containing the ashes of people who died from coronavirus. PHOTO: AFP

Vicious second wave of coronavirus in India has killed 160,000 people in eight weeks

Wrapped in white cloth and marked only by numbered stickers, dozens of clay pots lay unclaimed at the Sumanahalli crematorium in the suburbs of Bangalore, where the ashes of India's Covid dead have been piling up.

The urns were then transported for a mass riverside immersion ritual with the rest of the southeastern city's uncollected ashes on Wednesday -- a total of 1,200 unaccounted virus victims.

The Hindu ceremony on the banks of the Cauvery River in the southern state of Karnataka comes as India battles a vicious second wave of infections that has killed 160,000 people in eight weeks, overwhelming the country's healthcare system and crematoriums. 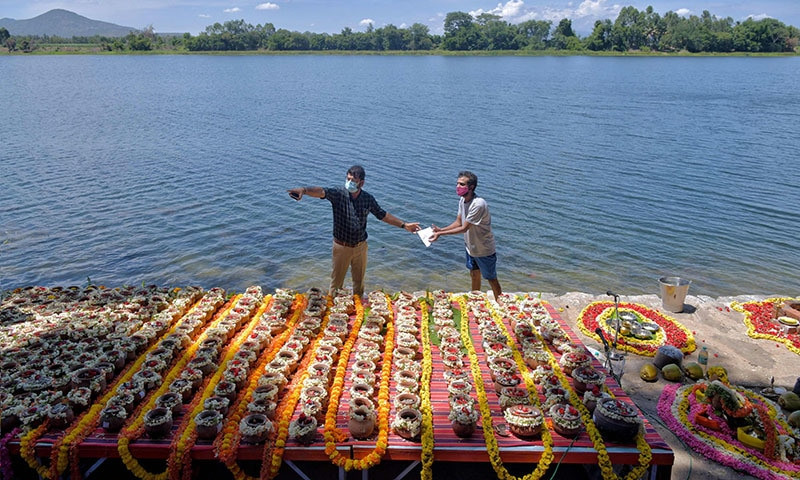 In Hinduism, it is believed that immersing or scattering the ashes in the flowing waters of a river considered to be sacred liberates the soul of the deceased.

But families have failed to come forward for hundreds of their relatives' ashes in Bangalore. 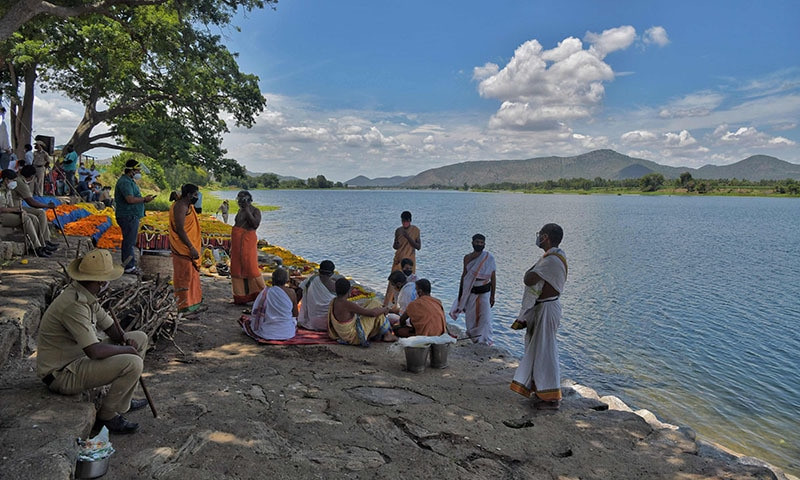 Some are too poor to carry out the rituals and others are scared of catching the virus at packed crematoriums where the pyres are burning without pause, workers say.

"In a family, two to three members might have succumbed to corona and some people fear contracting the infection so they don't want to take (the ashes)," Kiran Kumar, a contractor at Bangalore's T.R. Mills Crematorium, tells AFP. 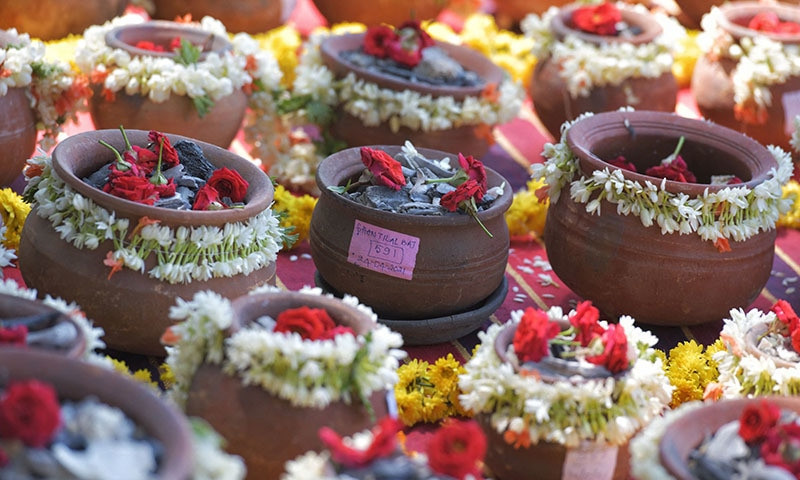 That forced authorities anxious to dispose of the piling remains to take matters into their own hands, organising a ceremony led by Hindu priests and Karnataka state official R. Ashoka in Belakavadi village, located around 125 kilometres from Bangalore.

Before their immersion, the ashes were laid on a riverside platform, the clay pots sprinkled with red flowers and surrounded by garlands of yellow marigolds.

Ashoka, the state's revenue minister, dipped the first set of unclaimed ashes in the river.

Municipal workers placed the rest in a coracle, a small lightweight boat, and submerged the pots, in some cases without the knowledge of the grieving families who failed to collect them.