From Bella to Mahira: Celebs laud Malala for shining on 'Vogue'

World’s youngest Nobel Peace Prize laureate, Malala Yousafzai, graced the cover of Vogue UK’s July 2021 issue, stunning fans in a red and royal blue ensemble while donning another supple plain white ensemble for the pictures. Speaking in depth about her life and future plans, Malala told the outlet that she lies awake in bed for hours, asking herself, “What am I going to do next?”

Malala, whose journey began when she started blogging for BBC at the age of 11 under the pseudonym Gul Makai, published her autobiography, I Am Malala (2013), a year after her attempted assassination. At 15, she launched Malala Fund, for which she traveled around the world advocating for girls’ education. Malala, who has sat with presidents and prime ministers, addressed the United Nations Youth Assembly on her 16th birthday and became a “one-word lightning rod for change across the globe,” according to the author of her Vogue issue. Receiving a Nobel Peace Prize at the mere age of 17, while achieving a string of A* grades in GCSE, Malala went on to join Oxford University to study politics, philosophy and economics, and graduated with honours.

Malala's interview with the outlet highlighted her struggle, what she stands for, her strength and fears, her ambitions and upcoming ventures, but most importantly, it revealed how she was just a regular 23-year-old, who's trying to make the world a better place. So as snippets from her British Vogue interview circulated, many took to Twitter to condone or condemn her views, based on their understanding – or lack thereof – of the young activist.

While many called her a “western puppet” for offering her views on marriage, others lauded her, especially celebrities from around the world. 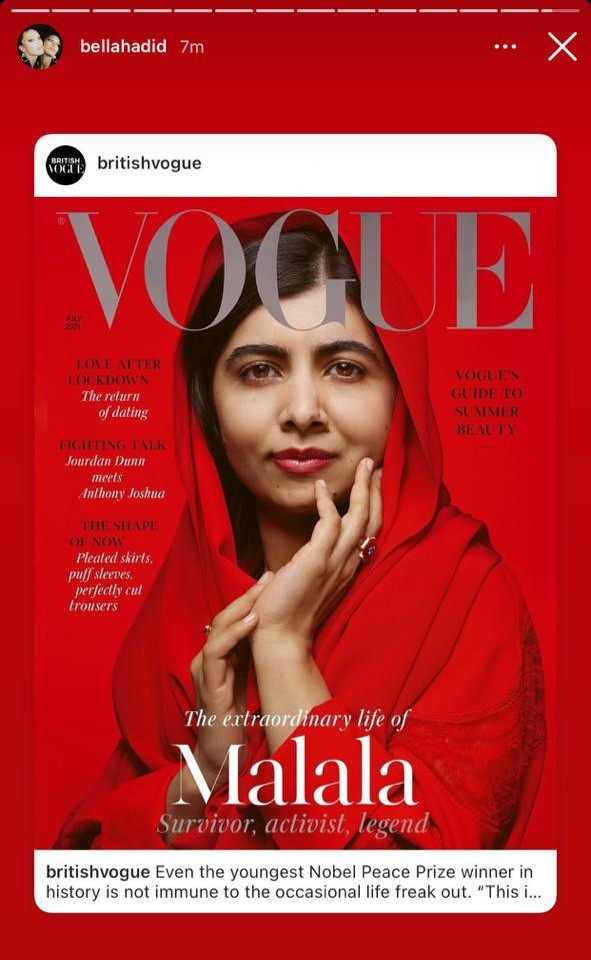 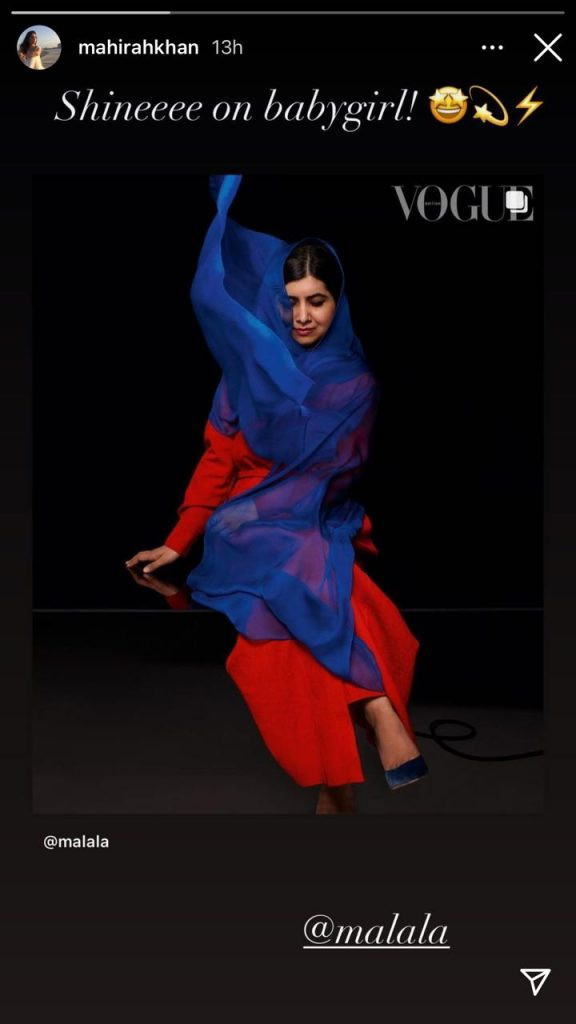 About the feature, Mira Sethi tweeted, “Iconic, not least for the openness with which Malala talks about her thoughts on relationships, the pressure to conform, and the difficult pleasure of charting her own path.”

Iconic, not least for the openness with which Malala talks about her thoughts on relationships, the pressure to conform, and the difficult pleasure of charting her own path. 👊🏾✨ https://t.co/JEylFKgwYx

While other celebrities flocked to Malala’s Instagram post in order to congratulate her Bollywood’s Katrina Kaif commented with a heart emoticon, while Muniba Mazari wrote “MashaAllah.” Singer Meesha Shafi added, “Yassss Queen,” while Aima Baig chimed in with a compliment, “You look amazing.” Actor Azfar Rehman also wrote, “More power to you.” And Crystal artist Sara Shakeel, who revamped one of Malala’s Vogue photos, commented with emoticons, followed by Ali Sethi, and Eman Suleman, who did the same. 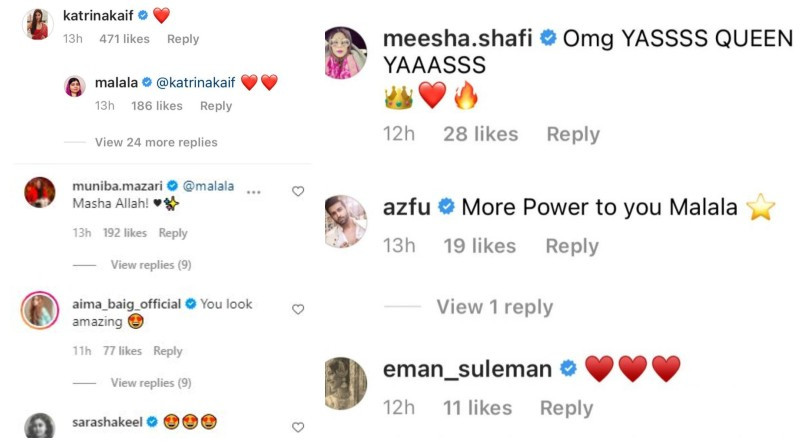 She is not our role model...she is not more than a puppet. As a Pakistani girl I did not consider her my role model.