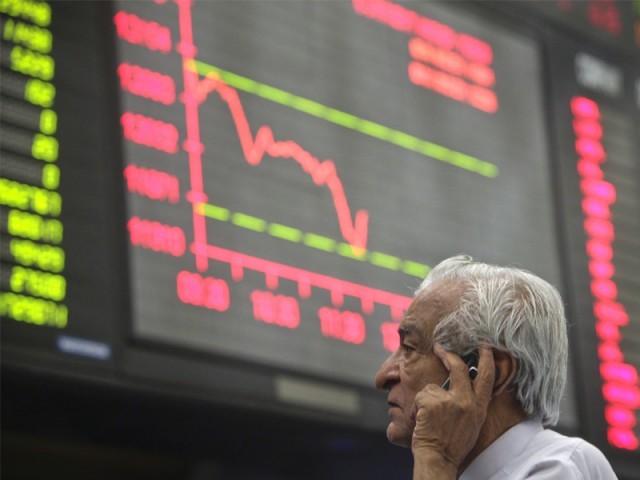 KARACHI: The stock market closed flat in a dull session on the last trading session of the week amid dismal volumes. The KSE-100 benchmark index lost three points or 0.03% to end the day at 11,262.04 points.

The market witnessed buying in key stocks in the banking, power and oil stocks, however, profit taking in stocks such as Oil and Gas Development Company (OGDC), Nestle and Unilever dragged the index down, said JS global analyst Umer Ayaz. Pakgen Power Limited stood as the volume leader, closing at its upper cap, as the company announced higher than expected cash dividend of Rs5 per share with its results, Ayaz added.

OGDC and Engro Corporation lost steam soon after announcing their results of Rs14.8 earnings per share and Rs8.6 per share, respectively, as earnings clocked in below analyst estimates on account of higher expenditure for the OGDC and higher financial charges for Engro, said Elixir Securities equity dealer Sibtain Mustafa.

Foreign institutional investors’ activity also slowed down as they were net buyers of meagre Rs2.08 million worth of shares during the trade session, according to data compiled by National Clearing Company of Pakistan Limited.

Shares of 121 companies rose while 90 companies declined and 78 remained unchanged.

Trading activity remained low as trade volumes dropped to dismal level of 53.9 million shares compared with Thursday’s 58.5 million shares. The total value of trade on Friday was worth Rs3.02 billion.