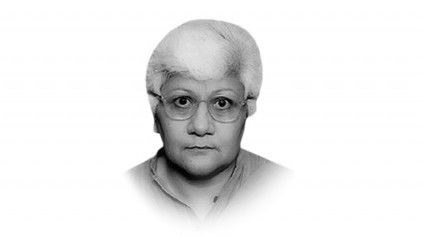 The writer is an independent social researcher (rubina.saigol@tribune.com.pk)

The nomination of Maulana Muhammad Khan Sherani as the head of the Council for Islamic Ideology (CII) has raised furore among human rights and women’s rights groups.  The Insani Huqooq Ittehad and Women’s Action Forum have taken exception to the fact that he is not a scholar well-versed in Islamic jurisprudence. As he belongs to a political party, and is a sitting legislator he is not qualified for the job. While such technical objections to his nomination are correct, there are deeper underlying issues with which the nation needs to grapple.

It is important to examine some of the recent positions taken by Maulana Sherani specifically on the issues of women and morality. Sherani claimed that domestic violence was not a major issue in Pakistan until rights groups appeared and “created” it. He asserted that such legislation leads to greater chaos which precludes the creation of a ‘true Islamic society’.

Maulana Sherani fiercely opposed the sexual harassment bill and walked out of the House during its passage. His position was that only women who abided by an ‘Islamic dress code’ when they ventured out of their homes should seek protection. The senators belonging to JUI-F wanted an amendment to include the words “woman observing modesty in accordance with the teachings of the Holy Quran and Shariah”.  Sherani and others argued that the legislation would enable NGOs to spread vulgarity in society.

These two recent examples illustrate the following: the maulana has no knowledge of the level of domestic violence in Pakistan. Recent studies by Aurat Foundation and HRCP reveal a completely different picture. In 2008 alone, the reported and known cases of spousal abuse and domestic violence came to 7,571. Thousands of cases go unreported because of women’s reluctance, or lack of resources, to report domestic abuse.

Secondly, the maulana views domestic violence as a private family matter in which the state should not interfere. In reality, domestic violence is now widely recognised as a crime and Pakistan, as a signatory to CEDAW and other international commitments, is bound to take cognisance and punish the culprits.  The right to privacy cannot supersede the right to safety and security of a person.

Finally, the maulana regards sexual harassment as instigated by women who are not dressed modestly. This blame-the-victim ideology has long been debunked globally and there is widespread recognition that irrespective of women’s age, dress or location, sexual harassment is ubiquitous. It can occur at home, in the streets, at work, school, farm or factory. However, the maulana is not alone in his ignorance of social realities. This malaise generally afflicts religious parties which talk about morality and virtue ad nauseum but seldom denounce rape, sexual harassment or domestic violence.  They only condemn the victim. The question therefore is not whether a person is qualified to head the CII. The question is: should the CII exist? Apart from the fact that the CII was the creation of Pakistan’s first dictator who attempted to use religion to overcome ethnic divisions, such bodies have taken on retrogressive and conservative characteristics since the facile Islamisation drive of another dictator. The CII and Shariat Courts need to be abolished as they can potentially fall in the hands of obscurantist mullahs, and the latter is a parallel and superfluous structure inserted by General Zia.

An effective separation of religion from state and politics would not only enable the state to treat its female and non-Muslim citizens as equal, it would allow religion to extricate itself from the business of politics and ruling, and becoming associated with terrorism. Such a separation would release both religion and politics from each other’s stranglehold, thus enabling politics to achieve its aims of ushering in a prosperous era, and religion to develop its higher side through serious debate and discussion.