I feel sad for those judging PM Imran Khan’s visit to Mecca and Madina: Feroze Khan

Prime Minister Imran Khan recently concluded his three-day official visit to Saudi Arabia at the invitation of the Saudi Crown Prince. The PM arrived in the Kingdom on May 8 accompanied by Foreign Minister Shah Mahmood Qureshi and federal cabinet members.

A statement issued by the Ministry of Foreign Affairs elucidated the reason for the premier’s visit, saying, “During the visit, the prime minister’s consultations with the Saudi leadership will cover all areas of bilateral cooperation including economic, trade, investment, energy, job opportunities for Pakistani workforce, and welfare of Pakistani diaspora in the Kingdom.”

The move was criticised by Bilawal Bhutto Zardari, chairman of the Pakistan People’s Party, who accused Khan of asking for charity. Following this, supporters of the prime minister were quick to respond, with actor Feroze Khan taking to his Instagram stories to criticise Bhutto’s statement as well. “I feel sad for those judging PM Imran Khan’s visit to Mecca and Madina,” he wrote. Pictures of Khan’s visit to the Holy cities were heavily circulated, showing him and his wife, First Lady Bushra Bibi, being received at the airport as well as performing Umrah. 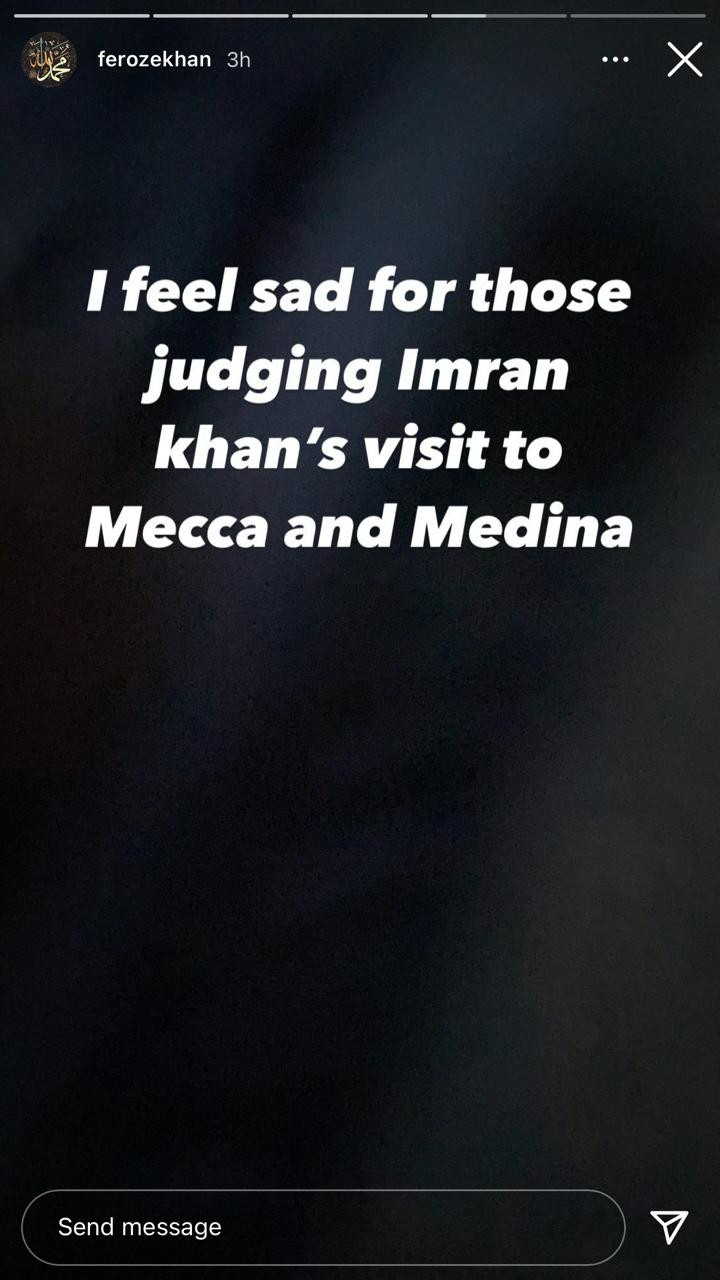 In a statement released on May 10, Bhutto said, "Imran Khan has been travelling around the world with a begging bowl. Undoubtedly, you're experienced in asking for charity, but countries are not run on charity.” He added, "Imran Khan borrowed from China to repay a loan of $3 billion to Saudi Arabia. He should reveal to the nation as to why he repaid the money to the Kingdom." The PPP chief observed that "every Pakistani was paying a horrific price for Imran Khan's tsunami of change."

‘Why did you allow these crooks to rule Pakistan’, Imran asks institutions