The attack was on a religi­ous semina­ry in Cheneg­ai, in Bajaur Agency.
By Chris Woods
Published: August 12, 2011
Tweet Email 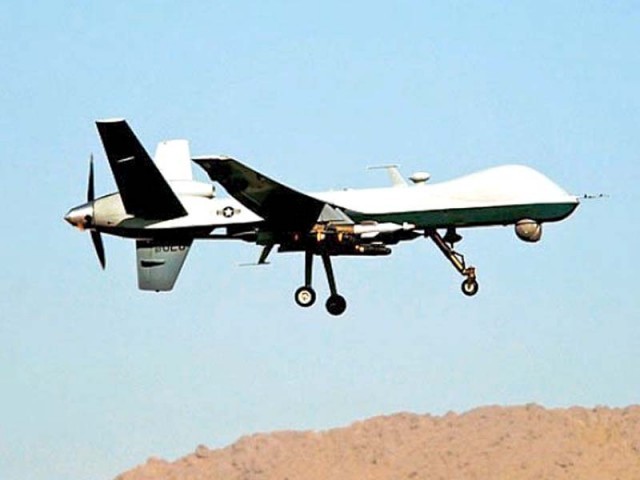 The attack was on a religious seminary in Chenegai, in Bajaur Agency. PHOTO: AFP/FILE

LONDON: It is one of the worst incidents of the entire drones campaign, yet one of the least reported. A CIA strike on a madrassa or religious school in 2006 killed up to 69 children, among 80 civilians.

The attack was on a religious seminary in Chenegai, in Bajaur Agency.

CIA drones attacked on October 30, flattening much of the school. Their target was reportedly the headmaster, a known militant. According to some reports, there was also a token late contribution to the assault by Pakistani military helicopters. But dozens of children were also killed, the youngest aged seven.

Veteran journalist Rahimullah Yusufzai, speaking to the Bureau of Investigative Journalism from Peshawar, recalls visiting the village just after the strike: “People were devastated. I met with a father who had lost two children. He was very patient, talking of how God must have willed this, but he was clearly traumatised.”

Initially the Pakistan Army claimed that it had carried out the bombardment, even as shops and offices closed across the region and protests spread. But as the scale of the attack unfolded, the story changed. The Sunday Times carried a report from a key aide to then-President Pervez Musharraf stating: ‘We thought it would be less damaging if we said we did it rather than the US. But there was a lot of collateral damage and we’ve requested the Americans not to do it again.’

A week after the attack, a local English newspaper published the names and home villages of 80 victims. Sixty-nine were reported as children aged 17 or under. According to the paper’s sources,

Yusufzai is adamant that the attack was the work of the CIA: “I am absolutely confident, 100 per cent, that this was carried out by US drones, based on witnesses at the time and the subsequent comments of [Pakistani] government officials.”

The US Embassy in Islamabad declined to comment on the case when offered the opportunity by the Bureau and The Express Tribune.