Positivity rate swells to 22% in Karachi’s East district, 13% in South, 19% in Hyderabad 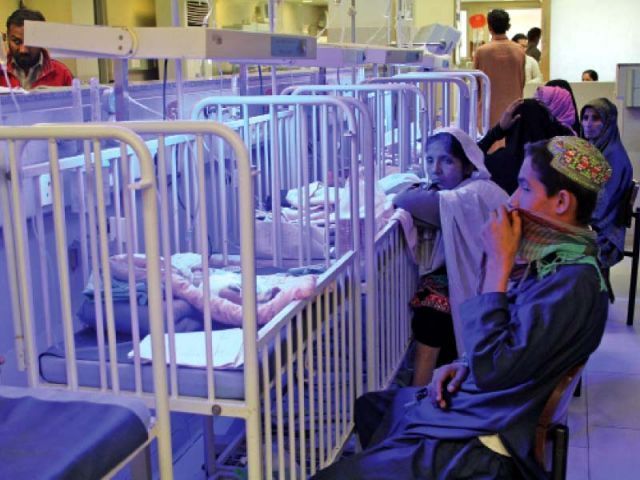 The coronavirus has hit new highs in the past seven days with Karachi's East district reporting a detection rate of 22 percent, observed Sindh Chief Minister Murad Ali Shah on Monday. Moreover, Hyderabad's detection rate is at 19 percent, in Karachi's South district the positivity rate is at 13 percent and in Central district it is at 10 percent, he noted, presiding over a meeting of the provincial Covid-19 Task Force.

He urged on the implementation of coronavirus standard operating procedures (SOPs) and directed district administrations to take strict measures to ensure compliance.

The meeting was briefed on the district-wise data of Covid trends from April 26 to May 2.

It was disclosed that 5,609 samples were tested in Karachi's East district and 1,275 positive cases emerged. In Hyderabad 1,336 infections were detected when 6,962 tests were conducted. Out of 5,842 samples tested in Karachi's South district, 732 returned positive.

The positivity ratios in other districts was increasing as well with a seven percent detection rate observed in Korangi district, six percent in Malir district and as much in Sukkur and Mirpurkhas. In Karachi's West district, Shaheed Benazirabad, Naushero Feroze, Matiari and Larkana a positivity ratio of five percent was recorded.

"The district administration and the police must take coercive action against the business units defying government orders in respect of working hours and enforcement of SOPs," said Shah.

The meeting was apprised that there were a total of 666 beds with ventilators in Sindh and at least 50 of these were occupied.

It was pointed out that in the last 15 days (April 19 to May 3) comparative analyses showed that death rate per million in Sindh was recorded at two. It was recorded at 11 in AJK, one in Balochistan, three in Gilgit Baltistan, 25 in Islamabad, 14 in Khyber Pakhtunkhwa and 10 in Punjab. Similarly, 420 cases per million were detected in AJK, 136 in Balochistan, 97 Gilgit Baltistan, 3,065 Islamabad, 382 Khyber Pakhtunkhwa, 333 Punjab and 269 in Sindh.

The meeting noted that people were hosting iftar parties in their homes. This would exacerbate the spread of the virus, the meeting observed.

The CM directed the Karachi commissioner to stop such gatherings and launch an awareness campaign. He further issued directives to ensure no business, barring essential businesses, are open past 6pm.

They stressed on the role of the law enforcement agencies in ensuring implementation of SOPs.