Another four lose battle to Covid in Rawalpindi

Over 113,000 people inoculated against virus so far 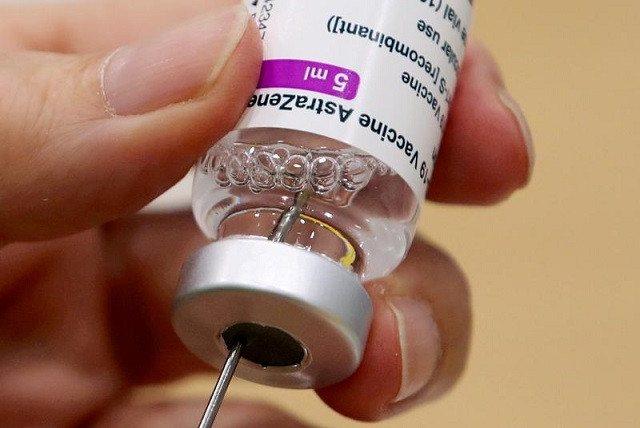 The number of active coronavirus cases has reduced in the twin cities as Rawalpindi reported 75 cases in a span of 24 hours while four patients died on Monday.

According to details, one patient each died at Holy Family Hospital (HFH) and Rawalpindi Institute of Urology and Kidney Transplant (RIUKT) while two died at Benazir Bhutto Hospital (BBH).

The number of patients undergoing treatment at these hospitals has reached 185 out of which 173 have been put on oxygen while four are receiving treatment on ventilators, District Health Officer (DHO) Dr Jawad Zahid informed.

Meanwhile, over 113,000 people have been inoculated against the lethal virus from 24 centres operating across the district since the vaccination drive launched on March 10. Dr Zahid told that about 17,000 health workers while 96,000 citizens have been administered the vaccine so far.

Sharing details of the Covid-19 situation in the district, he informed that the tally of confirmed cases has reached 24,141 in the district. The total infected cases included 22,281 from Rawalpindi and 1,860 from other districts, he added.

The DHO informed that among the new cases, 21 were reported from Rawal Town, 21 from Potohar, 23 from Rawalpindi Cantt, three from Kotli Sattian, two from Gujar Khan, two from Murree, and one each from Attock, Chakwal and Kallar Syedan.

He directed the traders to enforce the SOPs at all public places, including Ramazan bazaars, adding no negligence would be tolerated in their implementation, which is aimed to curb the spread of the virus.

Furthermore, President Dr Arif Alvi urged the masses to follow the guidelines of the National Command and Operation Centre (NCOC) when visiting bazaars and holding outdoor gatherings. He maintained that the same precautions were also required to be observed at mosques, imambargahs and processions.

He appealed to the people to follow the directions and maintain social distancing. He added that the ulema can play an important role in guiding the people to observe SOPs at religious gatherings.