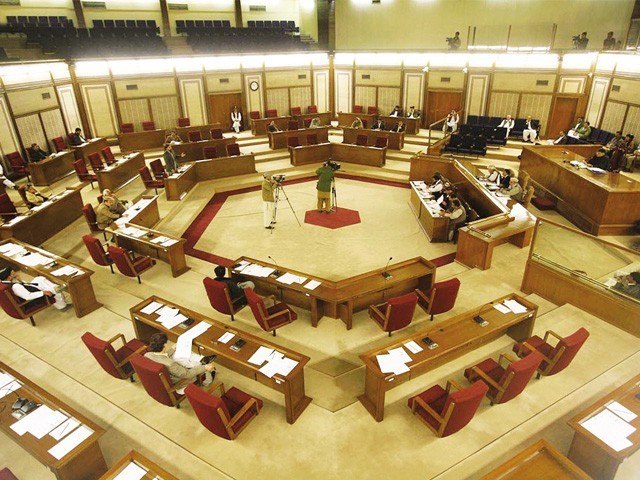 Legislators from Balochistan, where the army and paramilitary have been fighting insurgents since independence, voiced strong opposition on Thursday to the idea of creating new provinces in Pakistan “for being detrimental to the national interest”.

The Balochistan Assembly members engaged in a raging debate on the proposal for new provinces, prolonged power outages and the deteriorating law and order.

Sheikh Jaffer Mandokhel of the PML-Q said this issue will not be confined to Punjab, it will engulf Sindh, Khyber-Pakhtunkhwa and Balochistan where people will rise to demand new provinces. Some politicians have raised the issue to protect their vote banks, he said.

Provincial Minister for Health Aynullah Shams of the JUI-F was of the view that the issue requires more deliberation and can only be resolved through consensus for which a parliamentary committee comprising all political parties must be formed.

PML-N MPA Capt Abdul Khaliq Achakzai said that “New provinces created on the basis of ethnicity would be dangerous for the country.”

Minister for Sports and Culture Shahnawaz Marri said that the law and order situation is deteriorating in Balochistan with each passing day.

Buledi said political workers and leaders continue to be picked up and their mutilated bodies are dumped in the open. All stakeholders and political forces must evolve a strategy to control the prevailing situation, he added. Shams said he would call for an all parties’ conference on behalf of his party for restoring peace. Every political party has to play its role in normalising the situation in Balochistan, he added. Provincial ministers also expressed strong resentment over long hours of load-shedding in Balochistan .