It’s being ascertained whether target of attack was Chinese ambassador or not, says Home Minister Ziaullah Langove

A fireman douses burning vehicles after an explosion at a luxury hotel in Quetta, Pakistan April 21, 2021. PHOTO: REUTERS
QUETTA:

A powerful blast in the parking lot of a luxury hotel in the Balochistan capital killed four people and injured 13 others, while destroying several vehicles parked there on Wednesday night, police officials and witnesses said.

The explosion occurred at around 10:30 pm, according to reports. A police spokesperson later said that it was vehicle-borne improvised explosive device, which went off in the parking area of the hotel on Zarghoon Road. The spokesperson confirmed 4 deaths and 13 injuries in the blast.

According to the spokesperson, it was terrorist attack and possibly a suicide car bombing. “Terrorist could not enter the main hotel building. He detonated in parking. According to initial investigation, it may be a suicide blast,” the police spokesperson said in a statement.

“CTD [Counter-Terrorism Department] has started investigation. Bomb Disposal [Squad] is analysing the explosives. Evidence is being collected,” it said, adding that the terrorists would be brought to justice. “They cannot stop progress and development of Pakistan with such cowardly acts.”

Fire and rescue teams arrived at the scene and security forces cordoned off the area immediately after the explosion. Medical Superintendent of the Quetta Civil Hospital Arbab Kamran Kasi confirmed the deaths and injuries and said the condition of the two injured was critical.

CCTV footage of the blast occurred at the parking area of Serena Hotel in #Quetta pic.twitter.com/rEsToCPlCT

Quetta Deputy Commissioner Major (retd) Aurangzeb Badini said the blast was apparently aimed at a Kashmir Solidarity Day rally that was passing nearby. He also said in a tweet that 2 assistant commissioners were also among the injured.

According Badini, “the casualties have been shifted to hospital” and the “wounded are being given the best treatment” by the health department. “Situation is under control, people are requested to avoid rumours and don’t create panic.”

Balochistan Chief Minister Jam Kamal Khan condemned the bomb blast and sought report of the incident. He expressed deep sorrow over the loss of human lives and expressed his heartfelt condolences to the bereaved families. 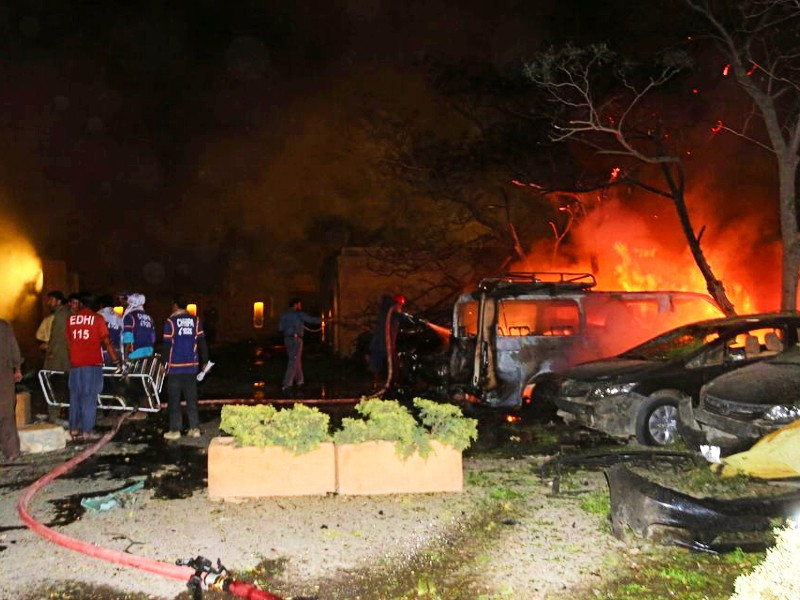 “No one will be allowed to disturb the law and order situation,” Kamal said in a statement. The entire nation is united to eradicate the scourge of terrorism, he added. “Terrorism has been overcome to a large extent with the good measures of the government.”

Expressing grief and sorrow over the loss of lives, Interior Minister Sheikh Rashid sought a report of the incident from the Balochistan chief secretary. He said that anti-Pakistan elements wanted to destroy peace in the country. The atmosphere of terrorism will be eradicated, he vowed.

Information Minister Fawad Chaudhry also condemned the blast and offered condolences to the families of the victims. According to the hotel's website, it is the only four-star hotel in the city of Quetta, where the security environment is up to UN standards. 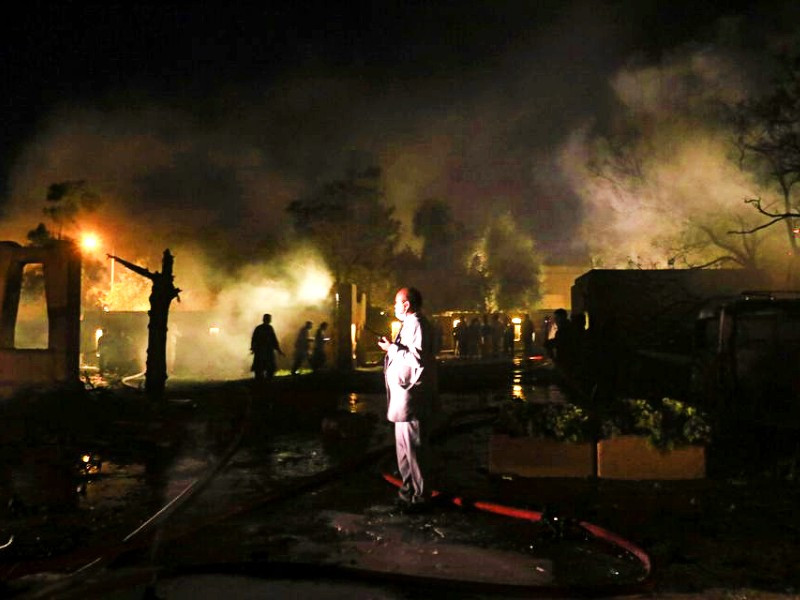 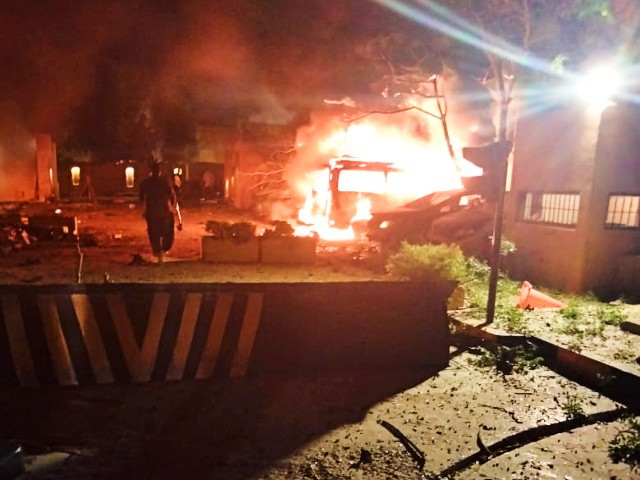 Information and Broadcasting Minister Fawad Chaudhry said that the federal interior ministry is in close contact with the Balochistan government and an investigation is underway.

"The government will issue a statement as soon as the nature of the blast and the damage is determined," he wrote on his official Twitter handle. 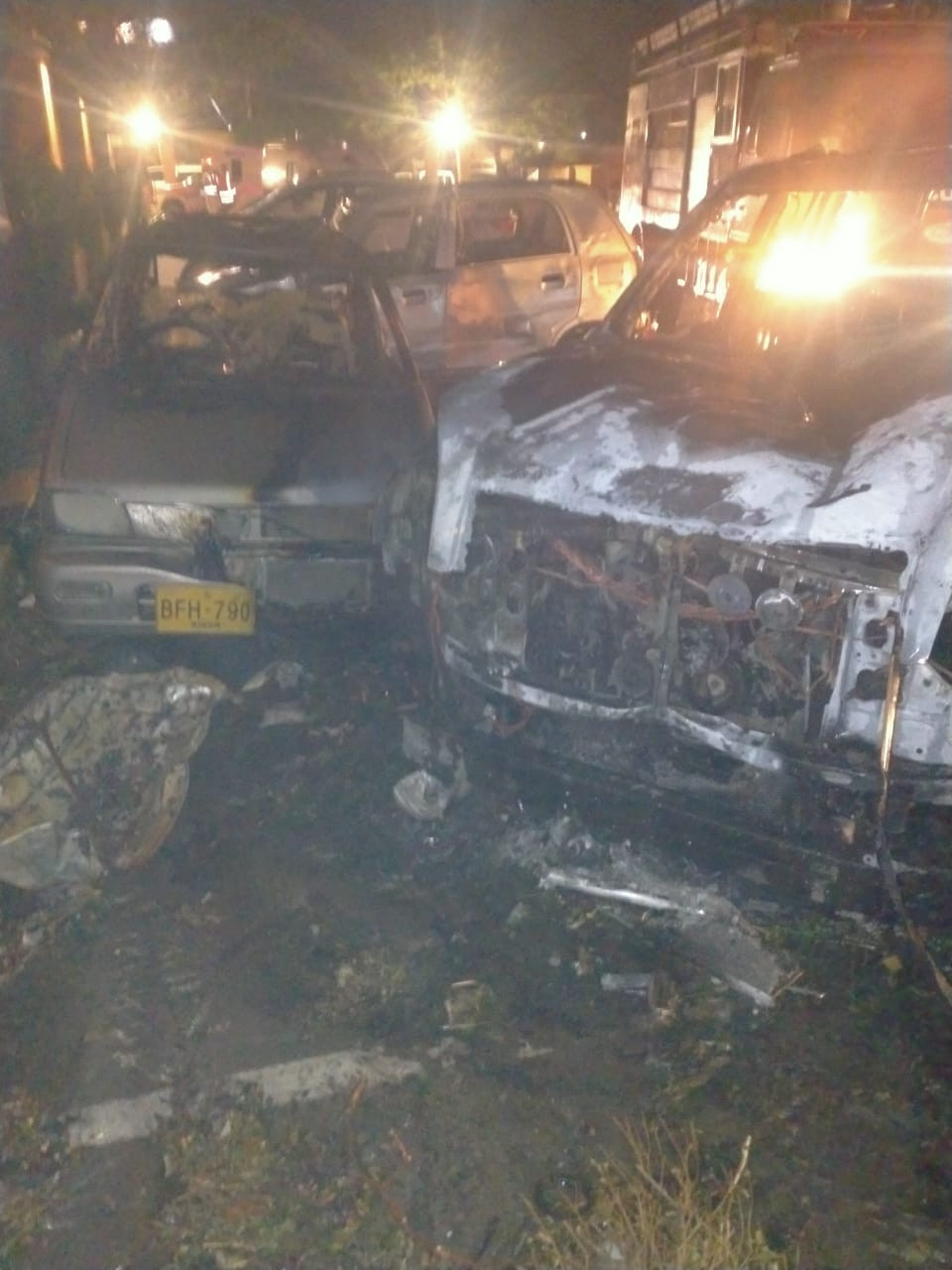 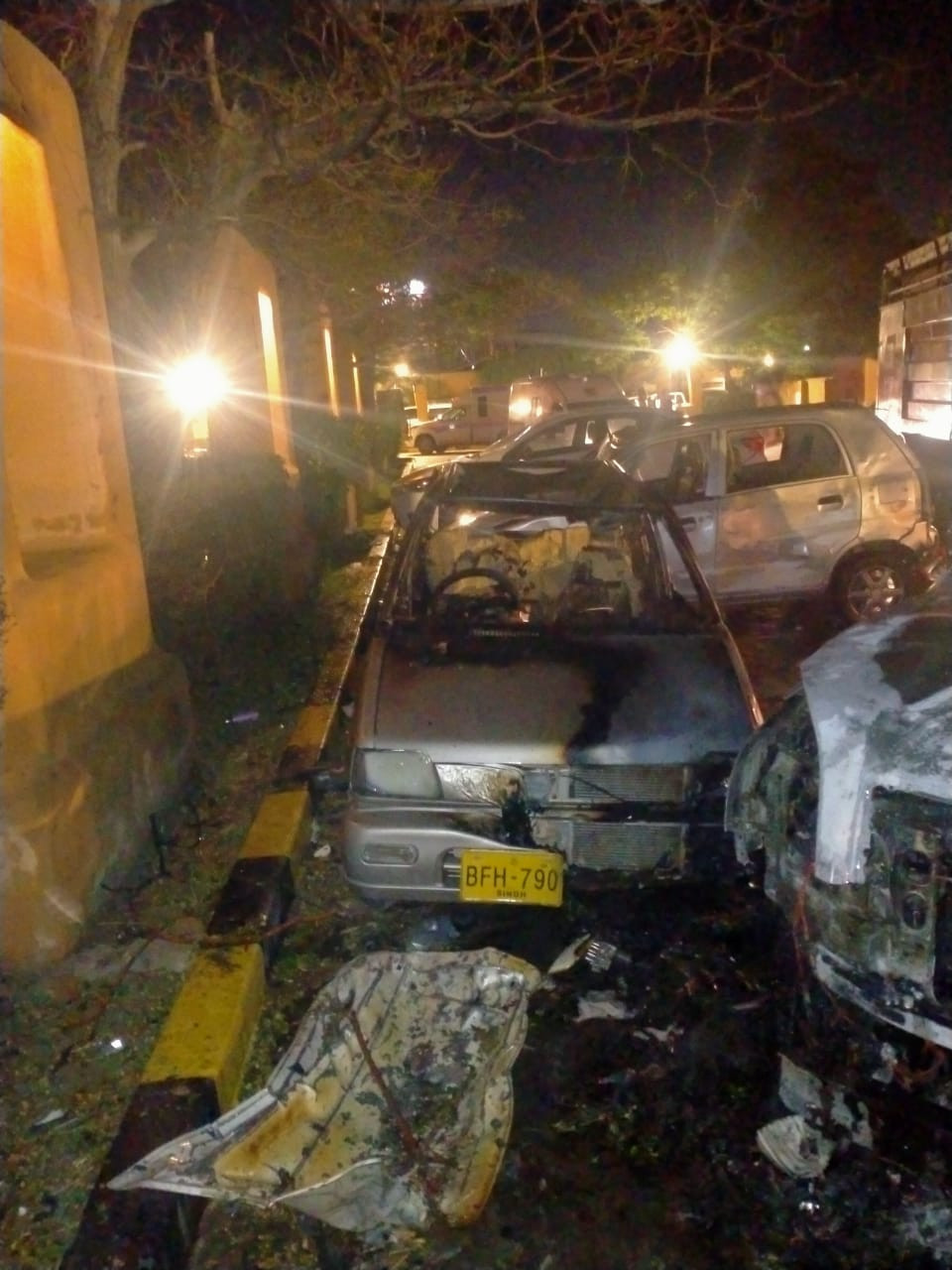 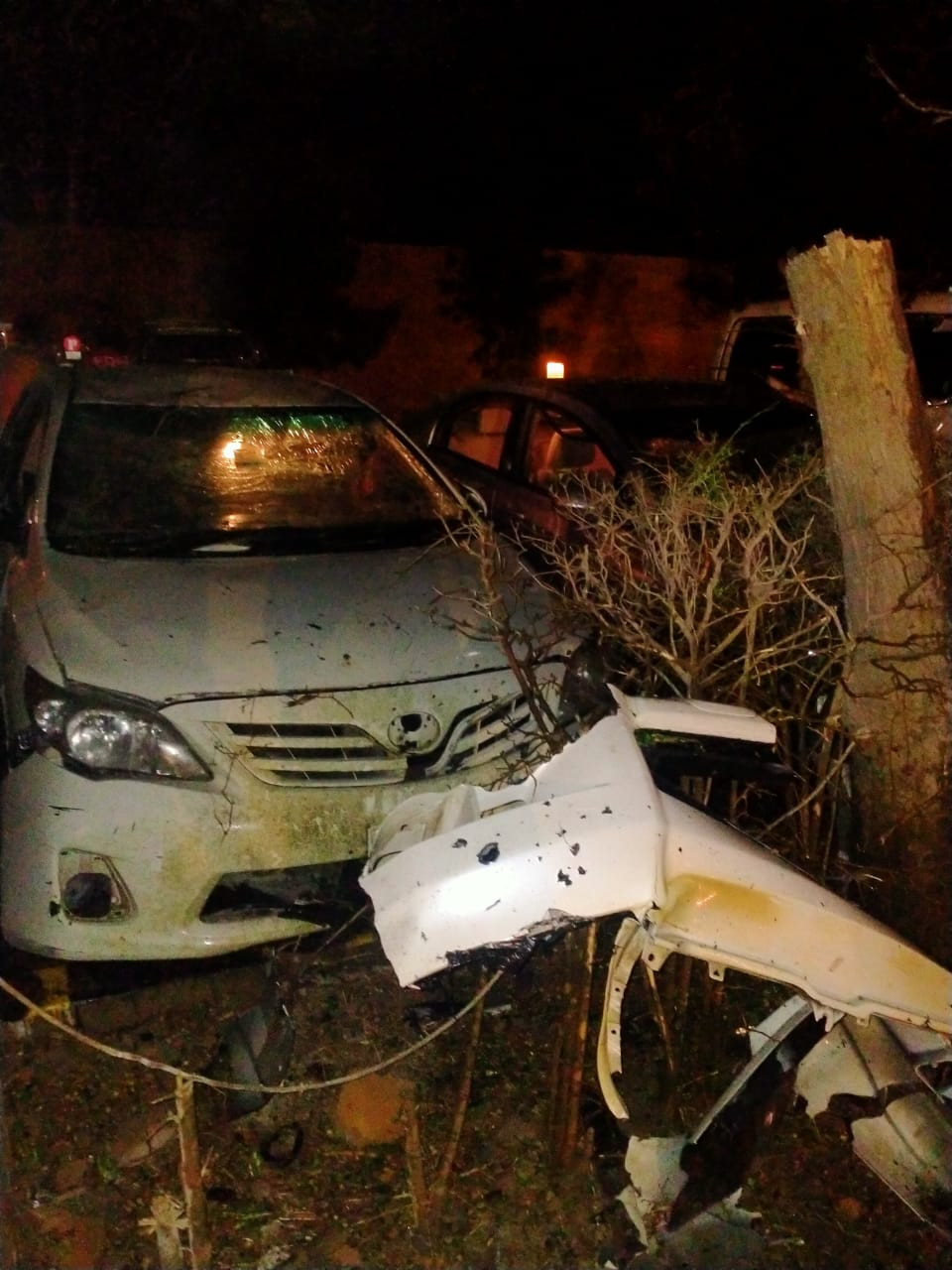 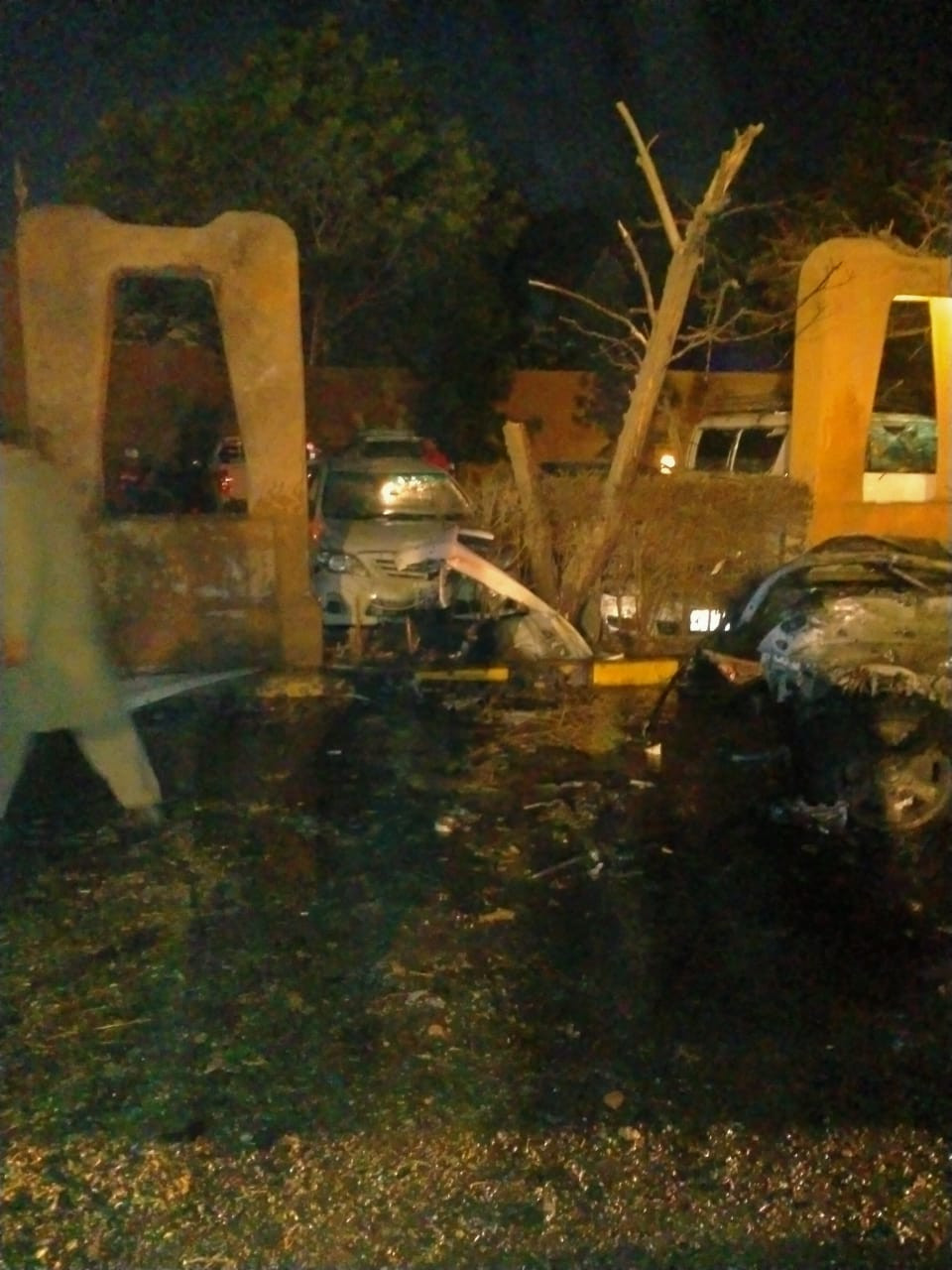