A 14-member delegation comprising senior Buddhist monks from Sri Lanka arrived in Lahore on Monday to undertake a week-long religious pilgrimage to various Buddhist heritage sites in the country.

The Buddhist monks started their journey with a visit to the Lahore Museum which houses some of the finest remains of the Gandhara civilisation and rare Buddhist relics including the ‘Fasting Bhuddha’ and ‘Sikri Stupa’ dating back to 2 BC.

The visit has been arranged by the High Commission of Pakistan Colombo, Sri Lanka with a view to promote religious tourism in Pakistan by showcasing the historicity and warm hospitality of the host nation.

Pakistan is home to the ancient Buddhist civilisation which has remained hidden from the eyes of the world over the years. 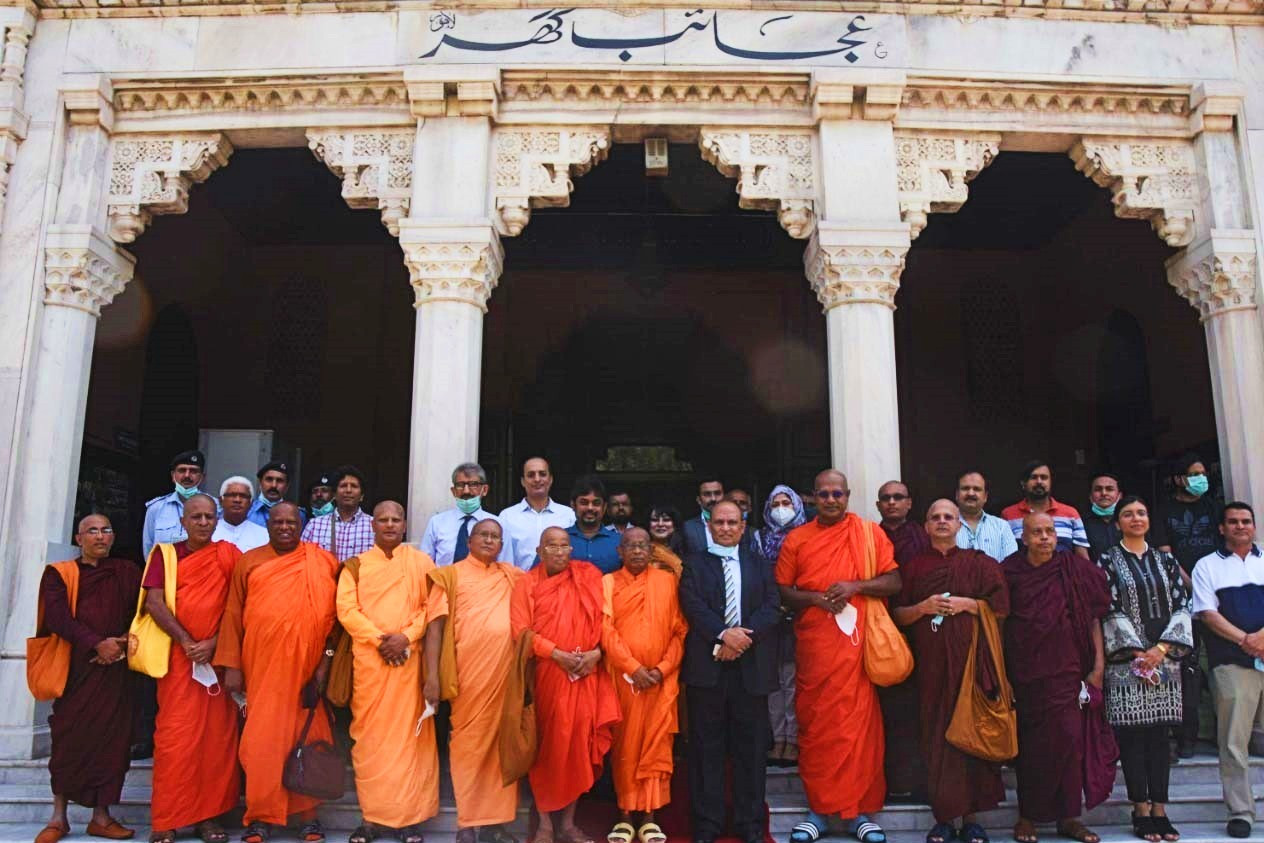 The Buddhist delegation will also hold meetings with the officials of the Ministry of Religious Affairs and Interfaith Harmony and meet President Dr Arif Alvi, Prime Minister Imran Khan and Foreign Minister Shah Mahmood Qureshi during their sojourn in the federal capital.

The Second Secretary, High Commission of Pakistan Colombo Ms Ayesha Abu Bakr Fahad told APP that a lot of people do not know that Pakistan is home to the glorious Gandhara civilisation and the Gandhara Buddhist civilisation.

“In line with the Prime Minister Imran Khan’s vision to promote religious tourism to earn valuable foreign exchange, we planned to make Buddhist clergy visit Pakistan and see the historical treasures that the country has,” she added.

Ayesha, to a question, expressed the hope that the embassies in the Buddhist majority countries would follow suit and arrange similar visits to highlight the soft image of the country and contribute to the promotion of religious tourism in the country.

The Buddhist monks will visit different historical sites including the Lahore Fort and Badshahi Mosque before departing for Islamabad tomorrow.