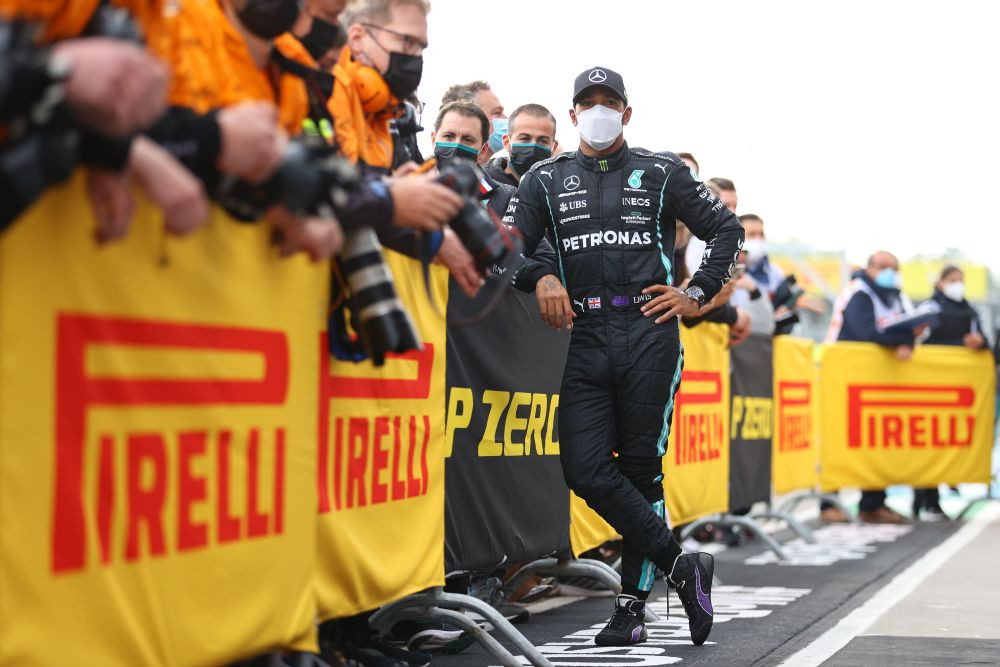 Lewis Hamilton said he was only human after making a rare mistake in a rollercoaster of an Emilia Romagna Grand Prix at Imola on Sunday.

The error left the seven-times world champion staring at a rare retirement before recovering to fight back and finish second.

In a race that resembled a high-speed game of snakes and ladders, the Mercedes driver went from pole to second to a standstill, staring at the barriers and fearing his race was over, then ninth and a lap down and back onto the podium.

It was, he said, like an afternoon from his youth when he would fight his way back through the field with "a dodgy old go-kart".

In the end, the Briton also set the fastest lap and took a precious bonus point that kept him in the championship lead despite losing out to Red Bull rival and race winner Max Verstappen.

"We’re only human, so just that bit of a mistake was one to learn from," he said after skidding off at Tosa and nudging the tyre wall.

"There was only one dry line and I guess I was in a bit too much of a hurry to get by everyone."

For what seemed an age he sat in the car, struggling to engage reverse before he gingerly guided the car backwards across the gravel and back onto the track with a damaged front wing.

"I could have obviously just turned the car off and got out but I’m grateful that I didn’t... It’s an amazing lesson to be sent and (to) experience."

As sparks flew off the front of the car, Hamilton returned to the pits.

Red flags after a collision between Finnish team mate Valtteri Bottas and Williams' George Russell, also a Mercedes contracted driver, levelled everything up and gave him a platform to charge back up when the race restarted.

"I’m just grateful I could get going again and get back into the race," said Hamilton. "It’s not how you fall. It’s how you get up." Hamilton and Button on board as green machines go to extremes I loved every minute, says Hamilton after tough opening win Verstappen on Bahrain pole, says 'no guarantee' of beating Hamilton