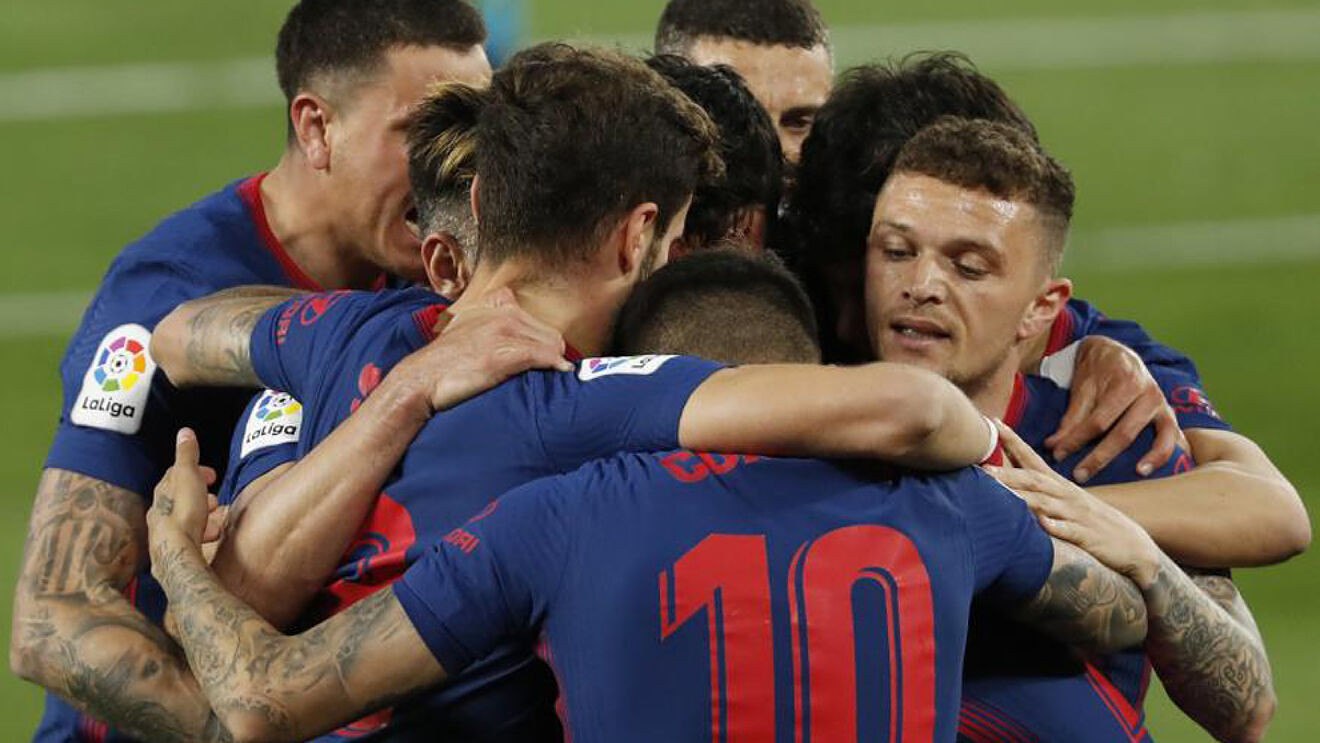 Time is running out for Atletico Madrid to reboot their La Liga title challenge, even as they still sit top of the table with eight games left to play.

Atletico remain in pole position, one point ahead of Real Madrid and two in front of Barcelona, but their poor form means it is the chasing duo now considered favourites to lift the trophy.

Four wins in Atletico's last 11 games inspires little confidence they will be able to keep pace with Real and Barca, who have put early-season problems behind them to accelerate down the final straight.

But a victory at home to struggling Eibar on Sunday would go some way to reigniting belief.

It would put Atletico five points ahead of Barcelona, who are playing the Copa del Rey final against Athletic Bilbao on Saturday, and four clear of Madrid, before Zinedine Zidane's side take on Getafe later on Sunday night.

Marcos Llorente will be back, having served his suspension by missing last weekend's draw against Real Betis, but Atleti will still be without Luis Suarez, who is expected to need another fortnight to overcome his leg injury.

With Joao Felix also out, Diego Simeone has a lack of options in attack, Angel Correa the likely partner for Llorente up front, assuming Moussa Dembele is not suddenly thrust into favour.

Zidane said last weekend that Real Madrid are "physically at their limit" and he will be forced to make changes too at the Coliseum Alfonso Perez.

Casemiro is suspended after being sent off in the Clasico, meaning Isco or Fede Valverde could start in midfield while Raphael Varane is still unavailable after testing positive for Covid-19.

Ferland Mendy may have to play centrally or Zidane could turn to youth, with the 21-year-old Victor Chust also an option.

Eden Hazard should at least be fresh, after returning to training two weeks ago, while Mariano Diaz and Marcelo could also be handed rare starts.

Sevilla will need to beat fifth-placed Real Sociedad to boost their hopes of joining the title race while at the other end of the table, Huesca take on Alaves in a battle of 16th against 19th.

Huesca have transformed their survival chances after back-to back wins over Levante and Elche, but their reward is only a one-point cushion over the bottom three.